The future is here! Dubai police force has started training its cops to fly an operate drone-like hoverbikes that can take to the skies to go after the bad guys. It was last year when the police department announced that they are testing a hoverbike concept built in the United States to patrol the streets of Dubai. The Dubai Police has already started with the training program and hopes to inducts these ultra-cool machines into the force by 2020. The quad-rotored craft is the first production unit hoverbike built by a Russian company named Hoversurf that is based out of Watsonville, California. “We are currently training and working with Dubai police to get their division up and running for 2020,” Hoversurf said in a statement to USA TODAY. “The police may order a fleet to have as well.” 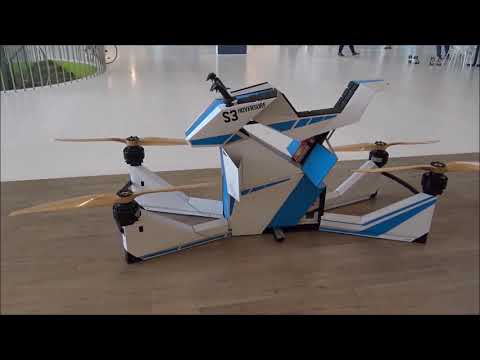 The hoverbike weighs just 253 pounds and can hover at about 16 feet above the ground while flying at 60 miles per hour. It is powered by a lithium manganese nickel battery pack that gives it a flying time of 10 to 25 minutes with a pilot and about 40 minutes in drone mode with no driver. The first example of the hoverbike was gifted to the Dubai Police for free for training and testing purposes, while anyone can order one of these machines for $150,000. Hoversurf has also secured approval from the Federal Aviation Administration for the flying craft. The Dubai police department is already the coolest of its kind with a big fleet of some of the most exotic cars ever built. It also plans to add Robocop-style self-driving surveillance machines.