Emirates is one airline that is definitely not affected by the slump in the aviation in industry. In fact, the Dubai-based international airline has decided to increase its fleet of super jumbos and placed an order with Airbus for an additional thirty-two A380, taking the firms total order to 90 super jumbos! The order for the additional aircrafts is said to boast of a list price of a cool $11.5 billion. Emirates, the second largest airline in the world in available seat kilometers; is all set to become one of the largest airlines in the world. Besides the super jumbo recently ordered, Emirates has 48 Airbus 380s, 70 Airbus 350s, 18 Boeing 777-300s and 7 Boeing air freighters on order totaling 143 wide-body aircraft worth more than $US 48 billion.

With the addition of more A380’s, Emirates hopes to expand its list of destinations to more than 100 airports. 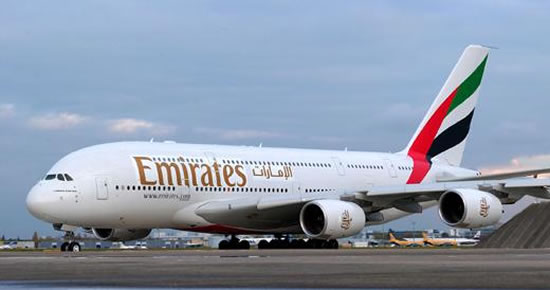 Tags from the story
Airbus, Emirates