The word Karma is usually understood as a sum of all that an individual has done, is currently doing, and will do. But this philosophy has nothing to do with the car that is dubbed as Karma by Fisker. Touted as the world’s first luxury plug-in hybrid, it is a sensual four-door coupe featuring plug-in hybrid technology. It is powered by a Q DRIVE configuration that consists of a small gasoline engine that turns the generator, which charges the lithium-ion battery pack, powering the electric motor and turning the rear wheels. Powered by a four-cylinder petrol engine in combination with a stack of lithium-ion batteries that drive an electric motor, the Karma can hit 62mph from a standstill in 5.8 seconds and tops out at 125mph.

Stealth and Total Power modes allow the car to be driven by electric power only or both respectively. The coupe can cover 50 miles in Stealth mode, before having to switch to battery and engine power, while solar panels recharge battery power. Already hitting the production stage, the car will hit the roads in the 4th quarter of 2009 with annual production projected to reach 15,000 cars. The first 99 cars off the assembly line will be individually numbered and signed by Henrik Fisker, the former Design Director for Aston Martin. This high performance plug-in hybrid coupe will carry a tag of $80,000. 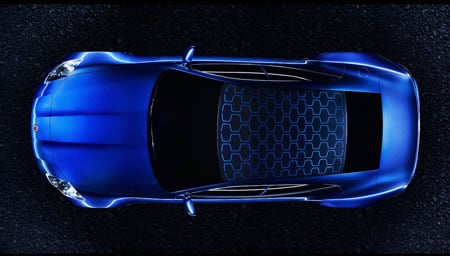 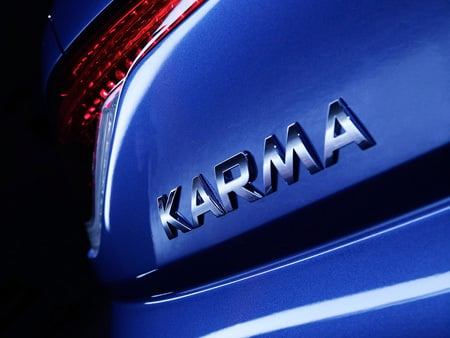 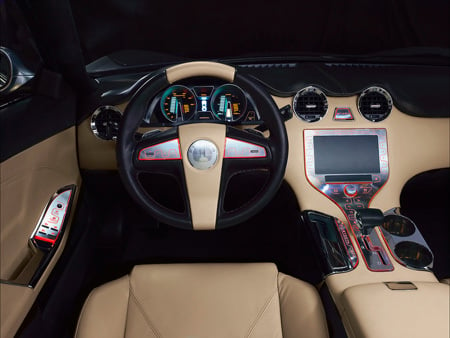 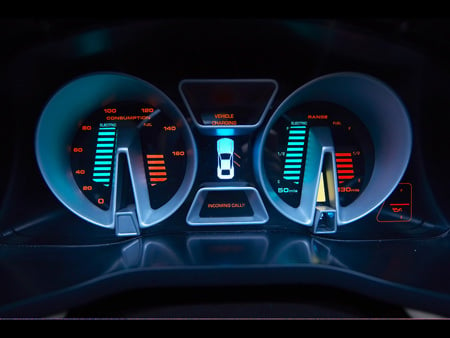