Floyd Mayweather loves super cars just as much as he loves punching people in the face. From what we’ve heard, the undefeated boxing champion recently placed an order for the upcoming Bugatti Chiron. Mayweather currently owns a handful of Bugatti Veyrons and is said to have sold one of these beasts to make way for the mighty Chiron. The boxer is said to have spent a whopping $3.5 million on the Chiron. Mayweather isn’t too uncomfortable splashing cash on purchasing hypercars. Previously, the boxer spent $4.8 million on the extremely rare Koenigsegg CCXR Trevita, one of two produced. 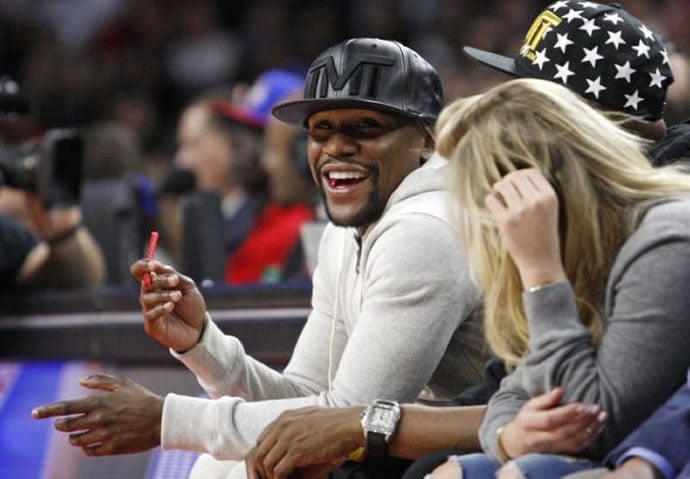 As far as the Chiron is concerned, this car is slated to debut at the Geneva Motor Show in March. The car will come with a quad-turbocharged 8.0-liter W16 engine, producing a massive output of 1,500 hp. With this, the Chiron will be capable of touching a top speed of 463 km/h, making it the fastest production car in the world. The upcoming Bugatti will also cross the 100 km/h in just 2 seconds! In the meanwhile, we suggest you bring out that boxing bag and try your hand at the sport, to drown your envy and better your chances of being a billionaire in the future.

READ:  Luxury VIP chopper Sikorsky S-76C++ is up for sale