The amateur sailors looking for some trill on open waters can finally get a taste of the incredible ‘flying’ catamarans used in the America’s Cup. French company Phantom International has revealed the Flying Phantom which is the first production flying sport catamaran for general public. The term ‘flying’ in the name is used for the catamaran’s ability to rise completely out of the water at speed on a pair of hook-shaped hydrofoils. The Flying Phantom sails quite similar to the 2013 America’s Cup teams by rising up on two J-shaped wings at speed until both hulls are a good two feet out of the water. ‘After an extensive of different foils and rudders configurations, we came up with a combination of “L” shaped foils and “T” shaped rudders, providing pitch and heave stability in full flight but also being competitive in light winds,’ says the company.

It took the company 3 years of intensive development to complete the Flying Phantom project. The Flying Phantom can get up on its foils in wind as low as 7 knots sailing downwind or perpendicular to the breeze, or upwind if the wind speed is above 10 knots. The current maximum speed tested for the catamaran stands at 33 knots but the makers believe it can go faster. The company is even planning to race the Flying Phantom at a number of events this year and also looking into the possibility of developing a racing series. The first boasts ordered by early adopters are set to be delivered to customers next month with each of them priced at $39,000. Check out the video after the jump to see the Flying Phantom in action. 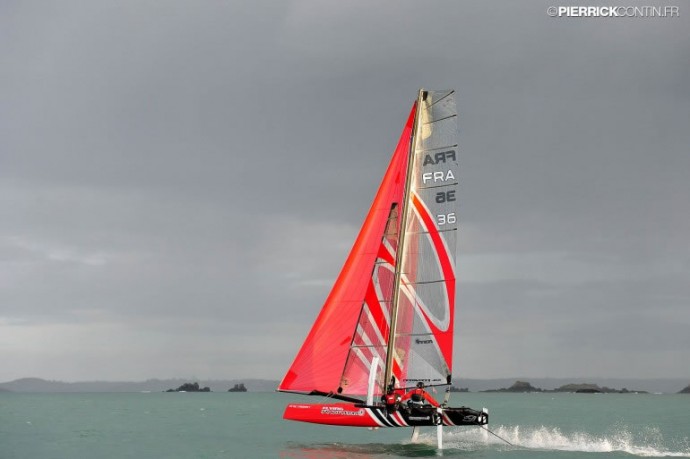 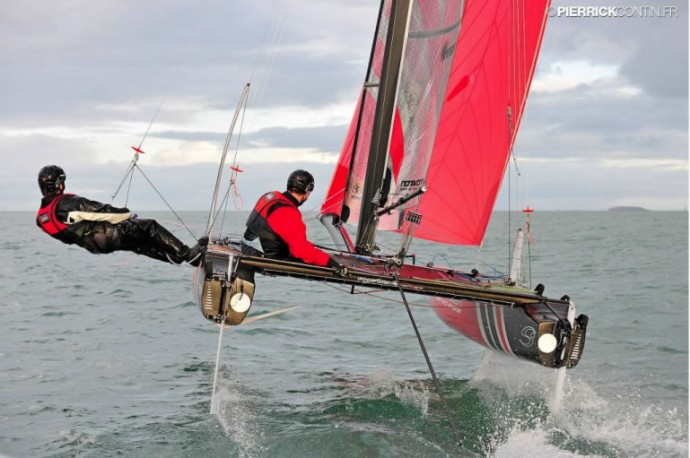 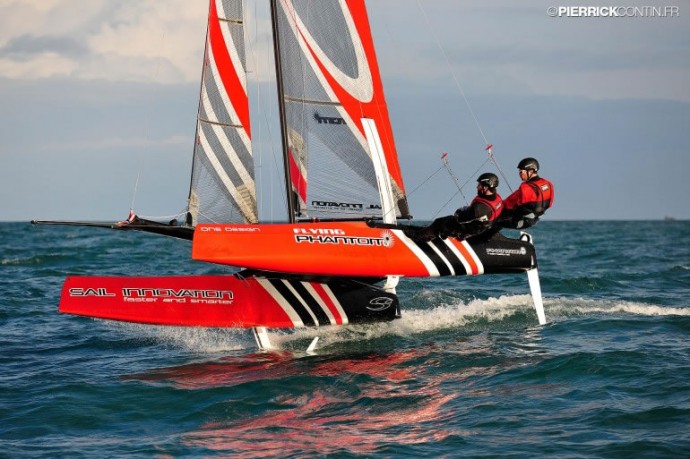 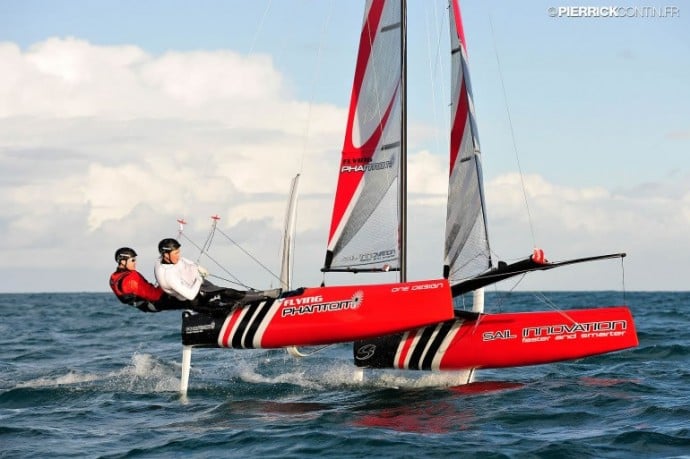 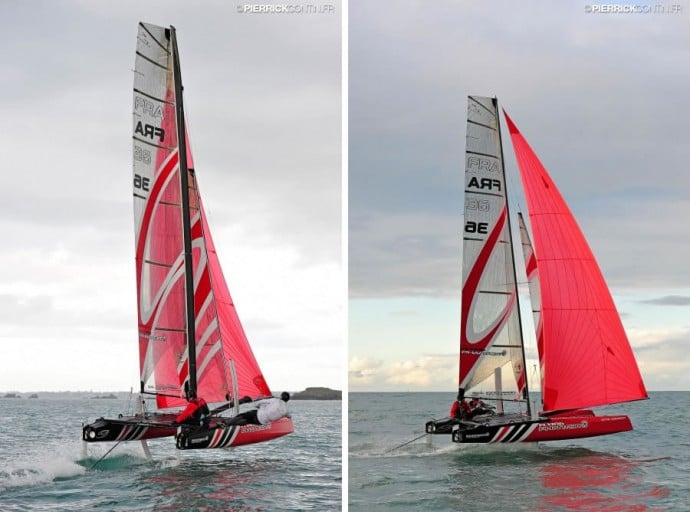 Tags from the story
Sailboat