Say ‘Buona Sera’ to the Goddess of immortality aka the Evantra, the latest show-stopper on the streets from Italy, the latest supercar to be launched by F & M. Evantra also means “object which is unique and exclusive,” in a language spoken by the ancient Etruscan civilization that occupied what is now Tuscany. Nicknamed “Mugello,” the project made a lot of news and raised some eyebrows. The smoking Goddess was designed by Luca Mazzanti (the M in F&M) and Zsolt Tarnok, F&M’s chief designer. They claim they used classic cars like the Vulca S and Antas V8 GT as an inspiration for Evantra’s design. Those cars are a tad simple to be the basis for the plan of a supercar. Nevertheless, a supercar by design, the Evantra’s base engine disappoints – a 3.5-liter flat-six engine that puts out 403 hp. However, to add some muscle, the available twin-turbo system boosts output to a more respectable 603-hp.

READ:  This street legal flame-throwing Batmobile replica can be yours for just $200,000

The Evantra’s lightweight steel frame adds lots of that super-car quality to it. Brownie points for that. And one can choose from a composite or aluminum body. However, the beauty weighs 2,640 lbs. when equipped with composite body panels. With the 603-hp twin-turbo engine, it hits 62 mph in 3.7 seconds. We have no word on the pricing yet, but the first Evantra has already been ordered to be delivered mid 2012. Give us your verdict if you think the latest Italian supercar is bat-mobile enough for you. 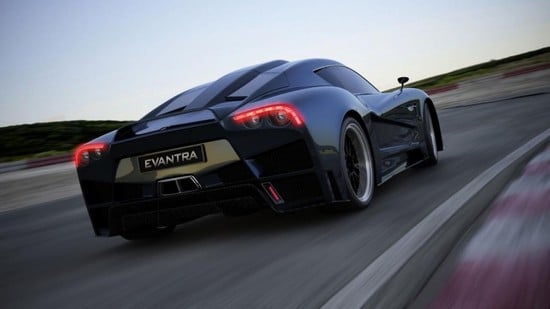 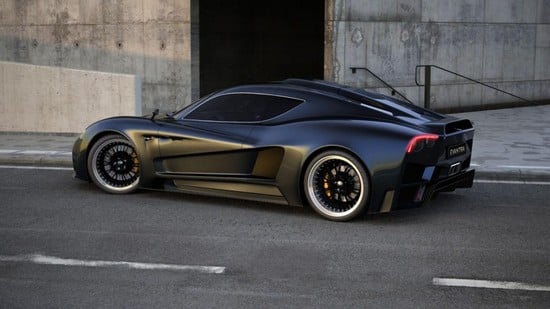 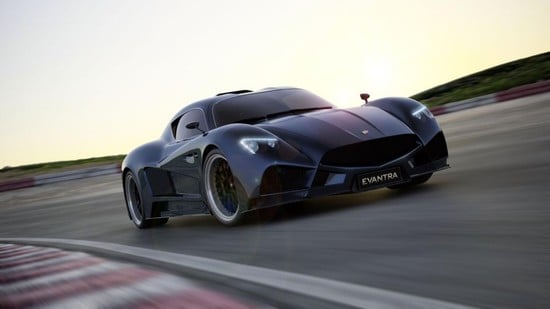