When it comes to exotic automobiles, the motto should be: “If you’ve got it, flaunt it.” And there’s no better way of doing it than spec’ing your prized possession in eye-popping, head-turning paint. A few weeks back, Lamborghini added new attention-grabbing neon colors for its V10-powered supercar by introducing the Huracán EVO Fluo Capsule. And now Rolls-Royce has revealed its uber-exclusive Neon Nights series of cars that are decked out in bright, vivid colors. Rolls-Royce till very recently was considered as a very traditional, conservative luxury brand and the use of such bright colors would have seemed completely preposterous and unacceptable. However, the British luxury brand is now slowly transforming, opening up to fresh ideas to attract a new, younger demographic, and the new Neon Nights series is a testament to this change. Based on the British luxury automaker’s Black Badge models, the limited-edition neon-colored Rolls-Royces look truly stunning. 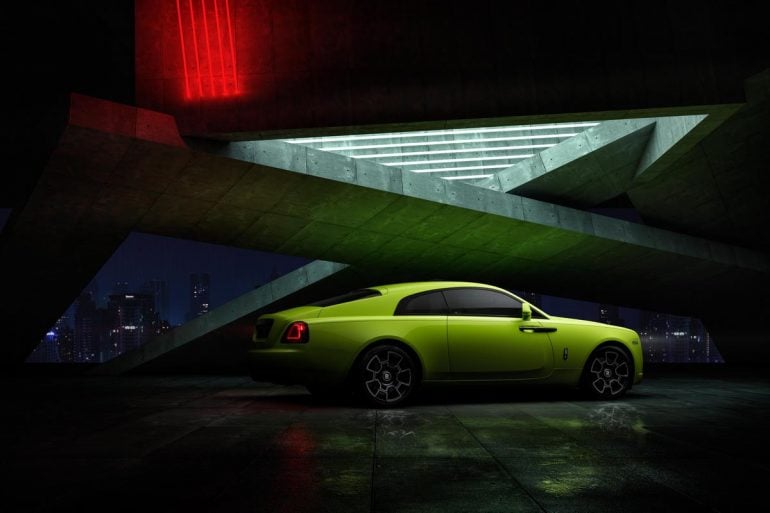 The Neon Nights series is a follow-up to the highly successful trio of pastel-colored cars that debuted last year at the Monterey Car Week. There are three vibrant neon colors created bespoke for the series and they are said to be inspired by nature. According to the official release, the Cullinan offered in Mirabeau Blue is inspired by the vibrant wings of the Rhetus Periander butterfly found in Central and South America. The interior is decked out in Arctic White leather with Lime Rock Green accents. The Wraith Black Bade gets Lime Rock Green paint modeled after the Australian green tree frog. The cabin features Scivaro Grey leather covers with Lime Rock Green stitching and piping. Lastly, the Dawn Black Badge is finished in Eagle Rock Red which gets its inspiration from the ‘Ohi’a lehua evergreen tree native to Hawaii. The cabin is decked out in Selby Grey with Koi Red details. “Neon Nights is a vibrant trilogy of Rolls-Royce Black Badges, whose inspiration comes from nature,” the official release states. “The newly developed Bespoke paint is applied to the Black Badge variants of Wraith, Dawn, and Cullinan – the darker and edgier ‘enfants terribles’ of the Rolls-Royce family.” Rolls-Royce will build only four examples of each model and only one of each will makes its way to The United States, making it very rare. 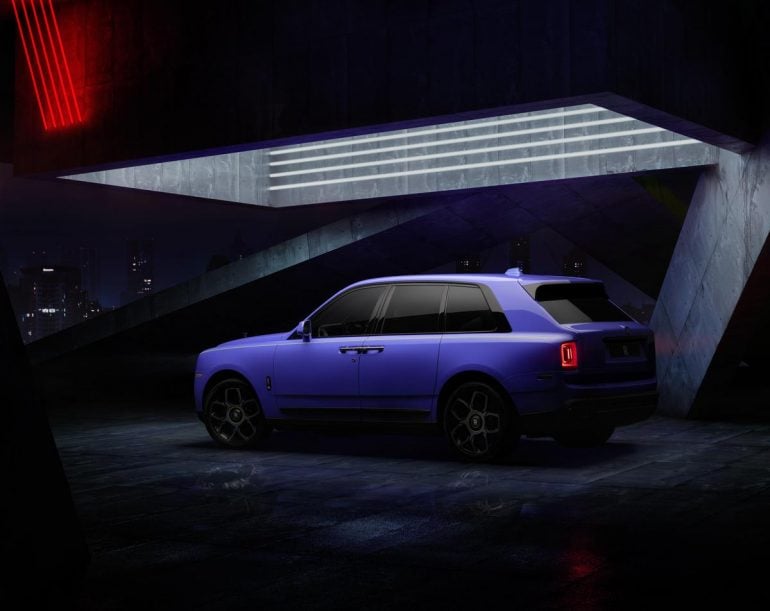 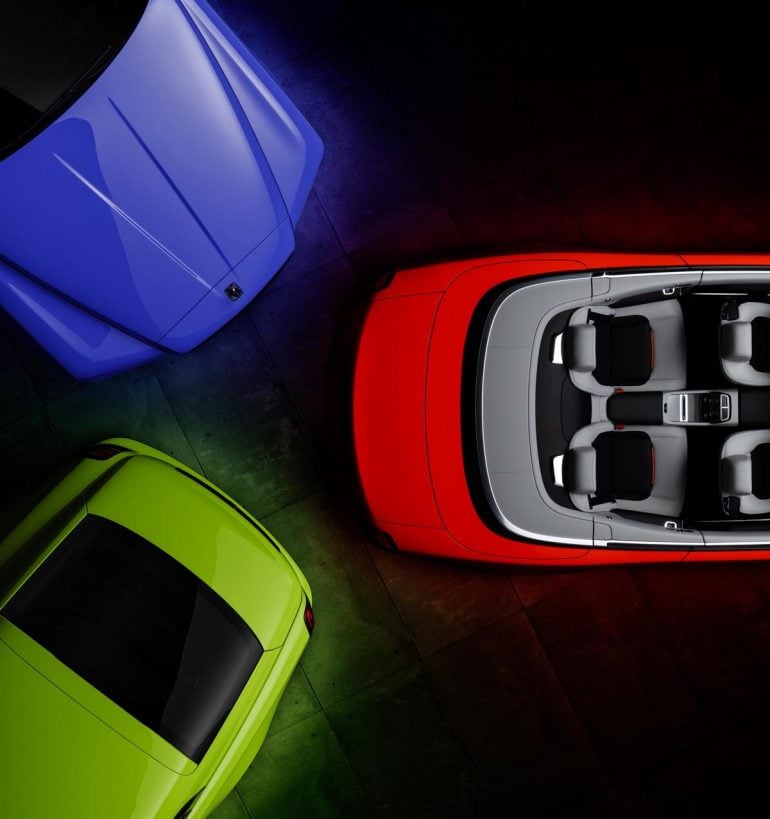 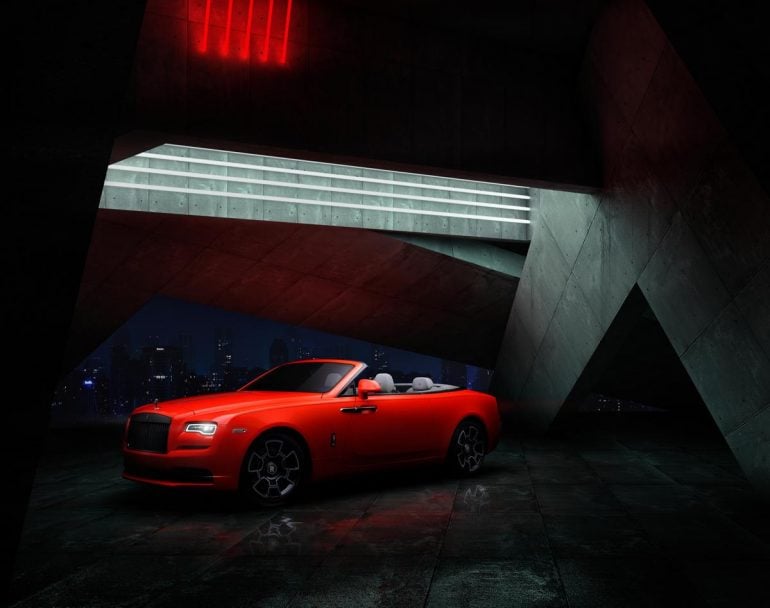 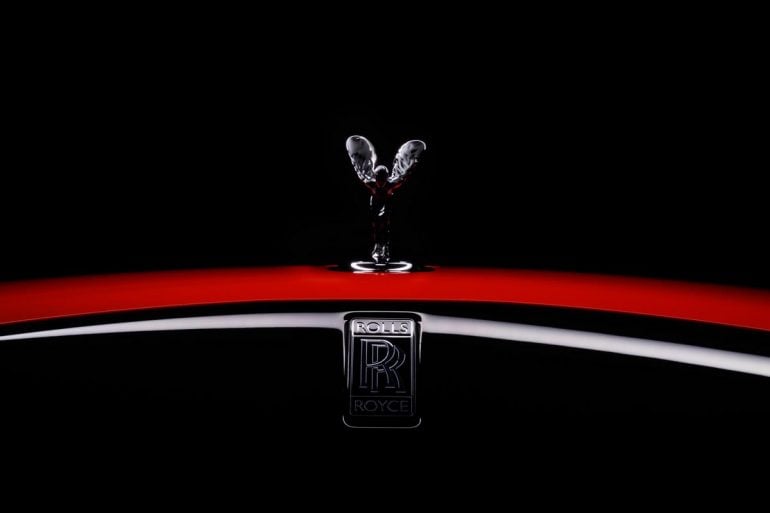 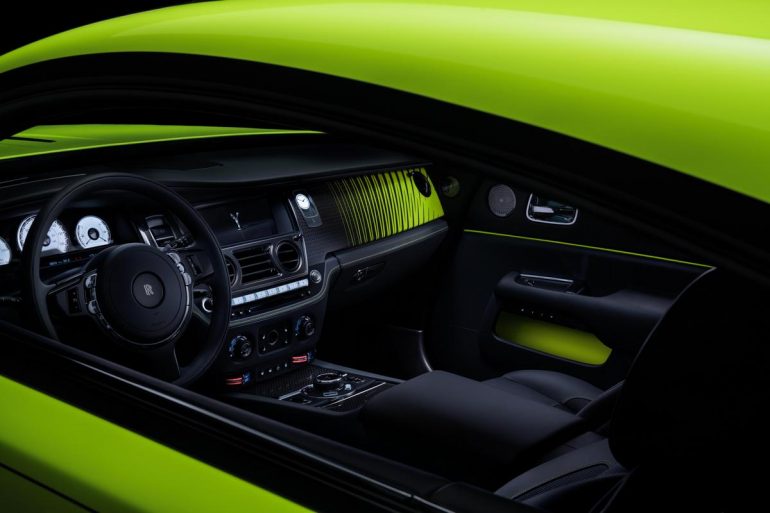 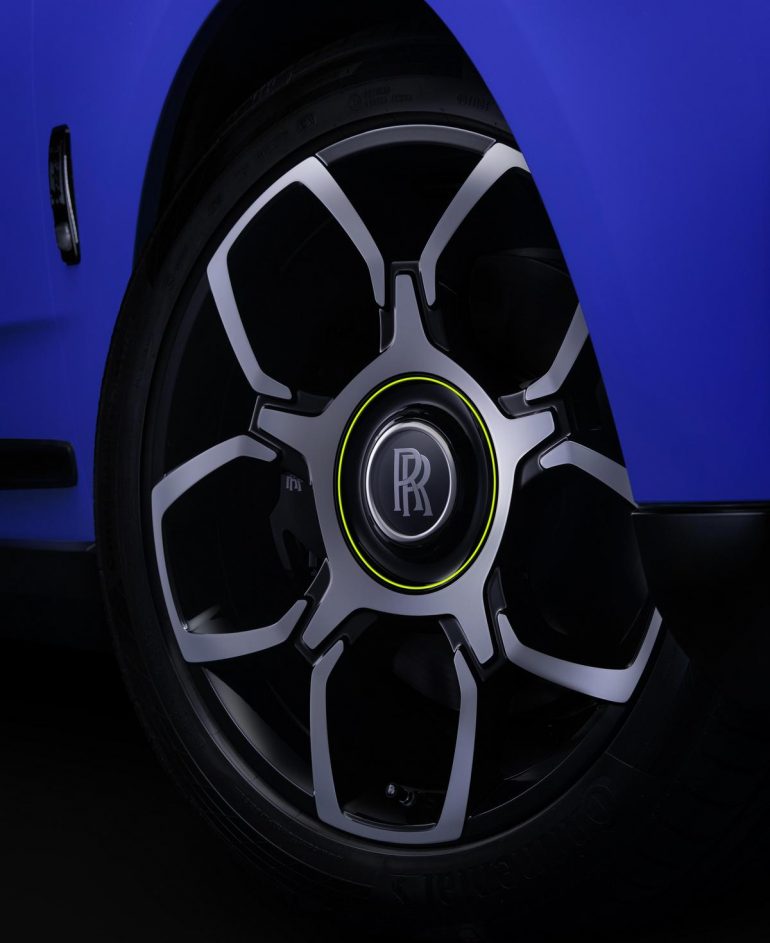 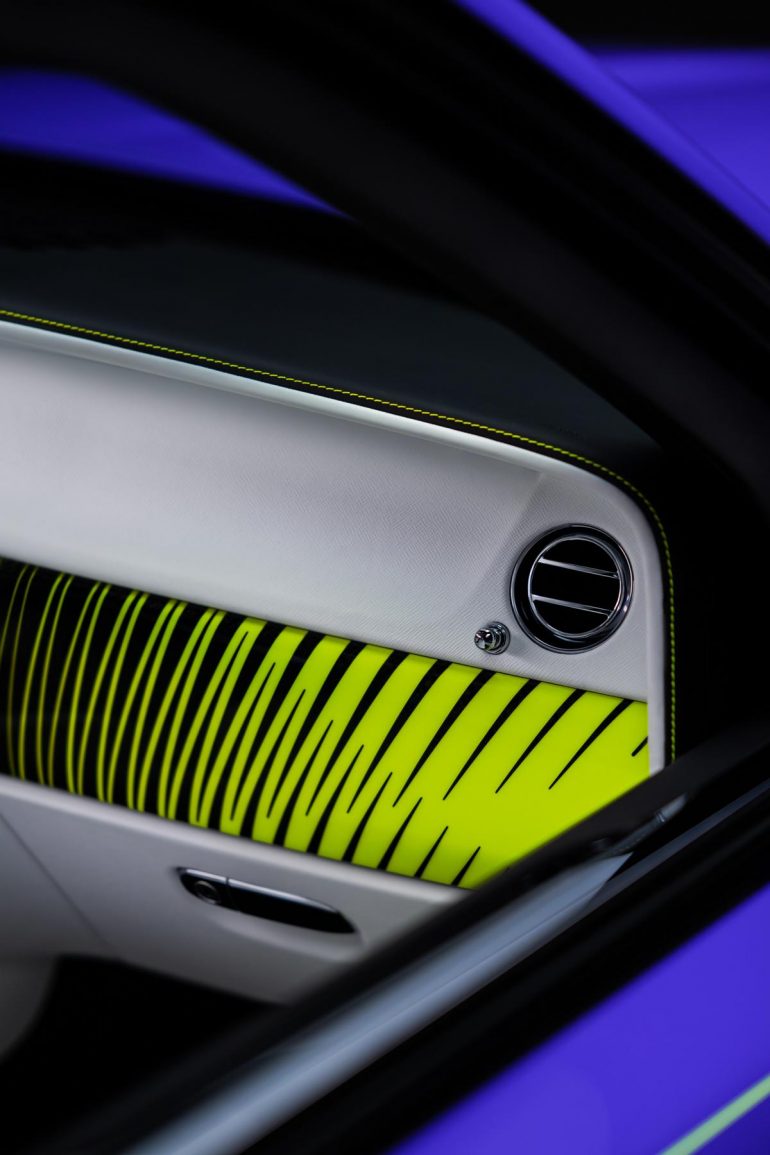 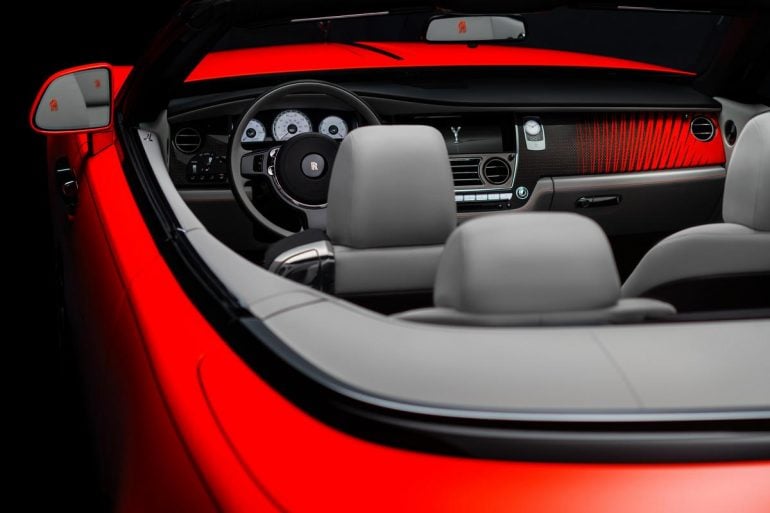 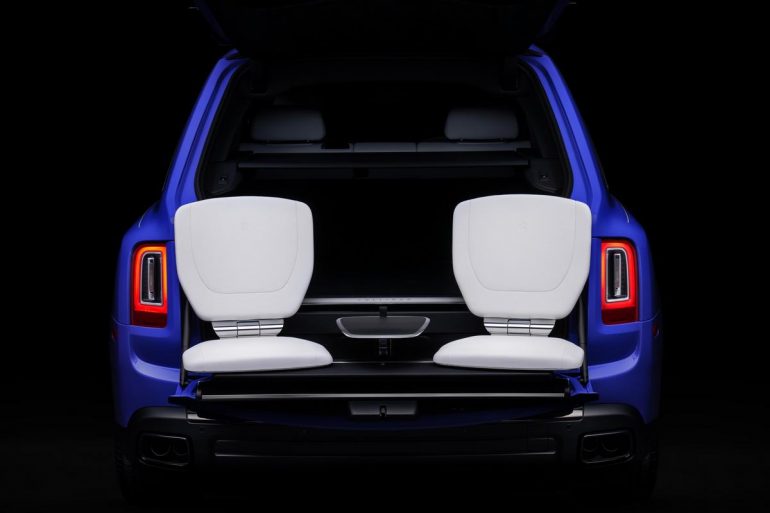 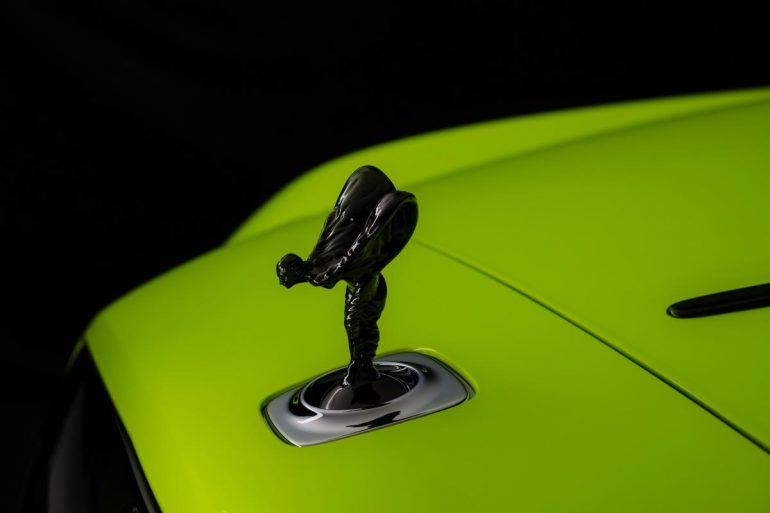