In the world of high-end automobiles, it’s not uncommon for super-rich entrepreneurs and business tycoons to order bespoke cars completely customized according to their taste. However, a German car collector by the name of Markus Storck has commissioned not just one but a series of seven bespoke Vanquish sports cars. Markus Storck is the founder and head of German hi-tech bicycle manufacturer Storck Bikes. According to Aston Martin, Storck has taken delivery of the first in the series and that the six other cars in the collection will go to six “fellow sports car aficionados.” The first of the seven was delivered to Markus Storck at the automaker’s headquarters in Gaydon by Dr. Matthew Bennett, General Manager of VIP sales and Q by Aston Martin. 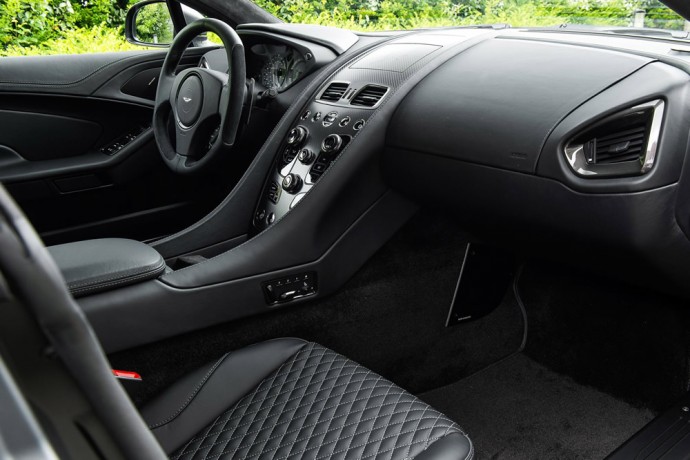 The seven Vanquish coupes are part of a limited edition series called “One of Seven” and built by the Q by Aston Martin bespoke personalization service. In terms of the customization, all the bespoke Vanquish models feature an exclusive exterior finish consisting of multiple layers of carbon fiber interwoven to a perfectly smooth finish. This required Aston Martin to develop an entirely new addition to its manufacturing process. In addition to it, the bespoke models also include a host of uber-luxurious additions such as diamond quilting on the seats, “One of Seven” logos perforated into the head restraints, gloss black highlights around the cabin, and the signature Aston Martin wing logo machined out of pure carbon. “I’m absolutely thrilled to see my vision for a series of bespoke Aston Martin Vanquish come to life like this,” said Storck after taking delivery of the car. “The attention to detail, service and dedication I have seen from the Q team has been exceptional—and the result is outstanding.” 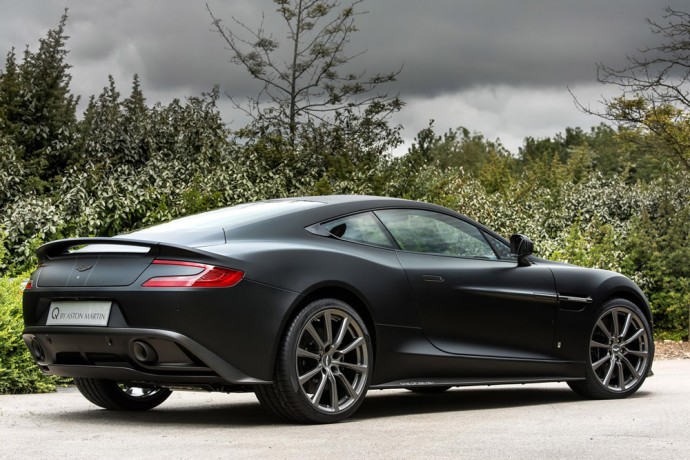 Tags from the story
Aston-Martin-Vanquish, Bespoke