While most individuals have their spirits dampened daily by the prospect of a dry and uneventful commute to work, if you were in the Line 8 of the Paris Métro last Friday, then the words ‘dry and eventful’ would certainly be far from your mind. An art collective titled Sisaprod made it their mission to give the interiors of the train a festive makeover. Commuters found the inside of the train completely covered with eye popping, bright pink and purple wrapping paper. The somewhat colorless interior was quickly transformed into something out of a children’s story book with clashing colors and prints everywhere creating quite the photo op for Parisian commuters. Clea Polar from Sisaprod said the project was undertaken simply to spread smiles and cheer as she felt people don’t smile very much. She also expressed an ambition to take on far larger projects stating that they would like to decorate an entire train if RATP (Paris’ Metro Authority) were open to a collaboration.

Unfortunately Paris Rail authorities were not as impressed with Sisaprod’s festive endeavor and they put the train out of service to strip the interior back to its original state. However, the social media excitement resulting from the creative project has ensured that the clever makeover will be Parisian’s minds for long after their present has been unwrapped! 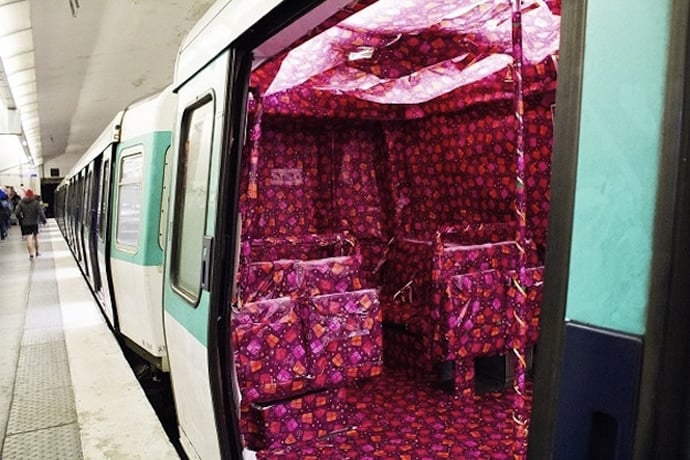 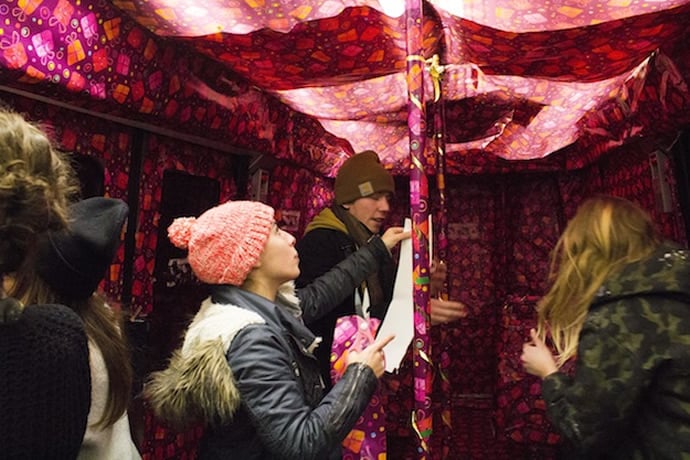 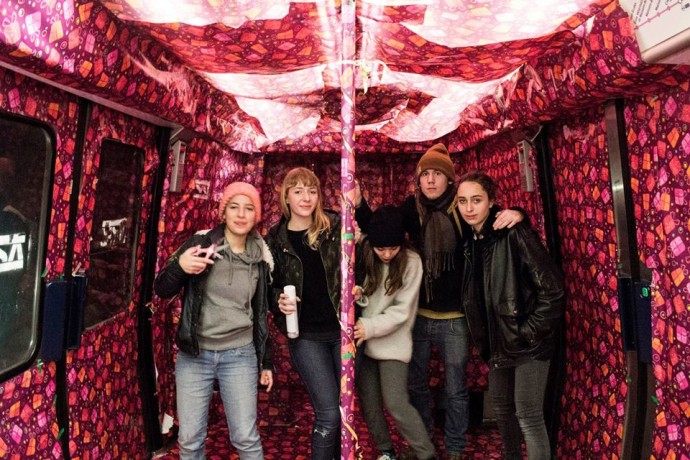 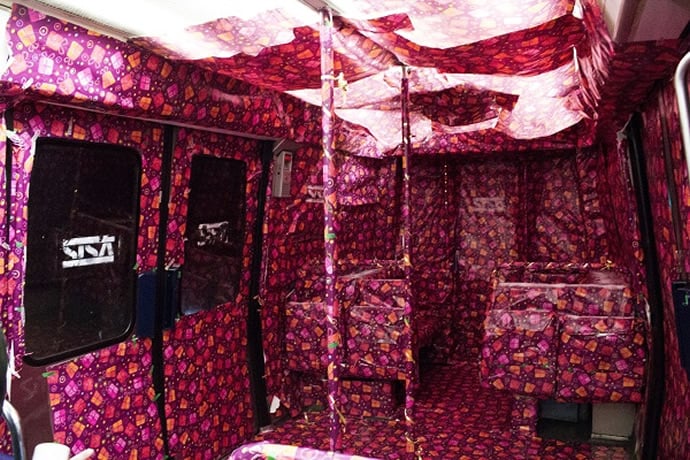