Batman’s always in the news – what with his cool lifestyle and his trademark Batmobile – an adventure seeker’s pulse pumper. This summer, UK will have the premiere of the Batman Live – World Arena Tour, a multi-million-pound stage production featuring an all-new, live-action arena adventure for Batman’s fans around the world. For the premiere, the organizers tied up Gordon Murray, a renowned designer of Formula One race cars and the McLaren F1 road, to create a futuristic Batmobile concept. Mixed emotions have received the concept. As much as we enjoy everything green, imagining Batmobile as an eco-friendly machine seems odd. Gordon took inspiration from memories of playing with Batman comics and toy cars and added advanced materials and aerodynamic principles from his F1 connection. It features a hydrogen fuel cell for its four virtual wheel motors and hydrogen-fuelled afterburners, a sonar guidance system, laser blasters, and polarized Batgrips.

If you can’t wait to catch a glimpse, then be prepared for the show when it opens in Manchester on July 19. 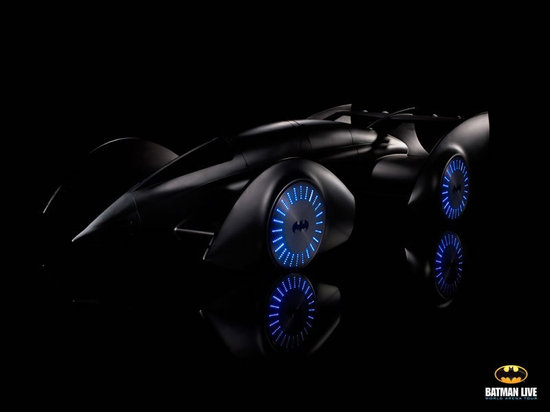 Tags from the story
Batmobile, Eco-Friendly