Gucci, the famed luxury brand is all set to celebrate its 90th anniversary come 2011. In its 90 years, the luxury brand has seen a huge amount of growth and also diversified by collaborating with various biggies in the luxury market. Not one to be satisfied, the brand has expanded even further by teaming up with yacht-builder Riva to offer clients made to order speed boats next year. This new venture is one of the many celebratory initiatives to help mark Gucci’s 90th anniversary. The byproduct of Gucci’s partnership is the “Aquariva by Gucci” which involved the collaboration of Officina Italiana Design (as the “Aquariva by Gucci” is based on the Aquariva model created by Riva and the design studio in 2000), as well. The 33ft “Aquariva by Gucci” was customized by Gucci Creative Director Frida Giannini and is definitely one high-end luxury vessel.

Powered by two 380-horsepower Yanmar engines, this made to order boat achieves a maximum speed of 41 knots and boasts a 150-mile range at cruising speed. Its features include a fiberglass hull, a mahogany deck, and of course, Gucci’s signature green and red stripes. That is not all; the vessel comes equipped with a range of Riva by Gucci accessories, including bags, towels, deck shoes, and flip-flops.
The boat was unveiled at the International Cannes Boat Show on September 7 and will be presented on Sept. 22 during Milan fashion week. With prices starting from $750,000, the Aquariva by Gucci will be exclusively available on a made-to-order basis through Riva’s dealer network. 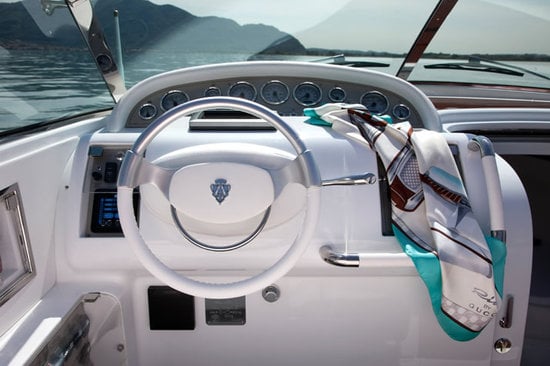 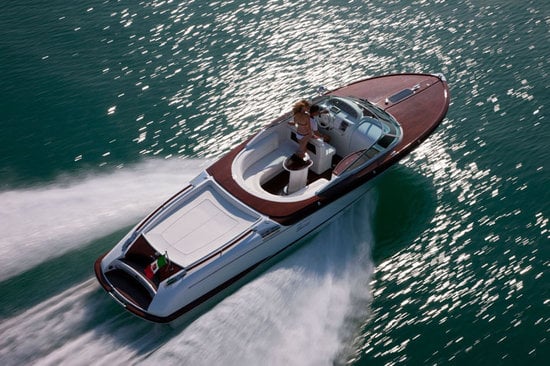 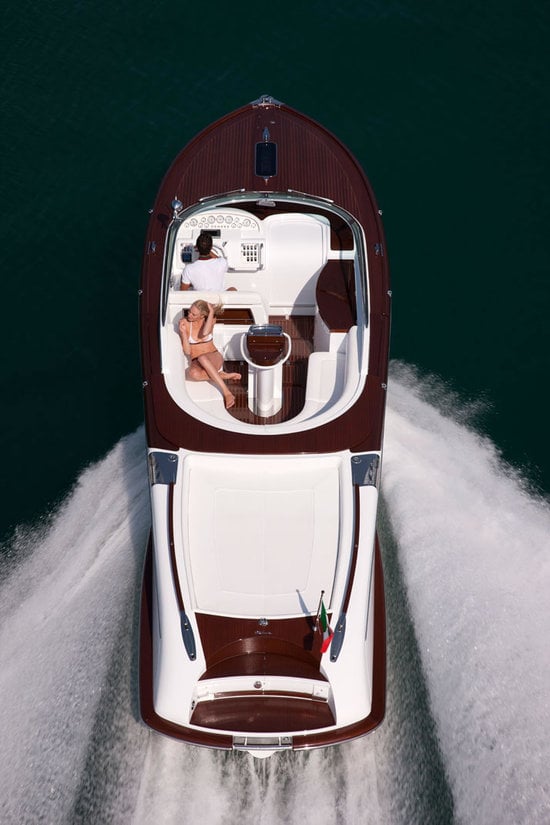 Tags from the story
Gucci, Speedboat