What is, do you get when you cross Bell & Ross watches and Shaw Harley-Davidson modifiers of the superbikes in the world? Well, a customized one-off motorcycle inspired by the watchmakers called the Nescafe Racer. Crafted using their usual essential Softail design based on the Harley-Davidson FXSTB Softail Nightrain, this one also sports the same, which owes Willie G. Davidson. Stripped down to the last detail, the rebuild has been carried out at the Speed & Custom workshop at East Sussex. The bike also features the iconic BR 01 Carbon instrument from Bell & Ross mounted on the hand-made center console.

The motorcycle has been painted in anodized blue, carbon, and stealth-like matt black custom paint to compliment the timepiece. The bike made its official debut at the American Motorcycle Dealer (AMD) World Championship round of Modified Harley-Davidson Class at the London International Custom Bike Show at Alexandra. The bike is also expected to be a crowd-puller at the Dublin International Motorcycle Show, the Custom Chrome European Show Mainz, the St Tropez Harley-Davidson Euro Festival, and the Bournemouth International Custom Motorcycle Show. 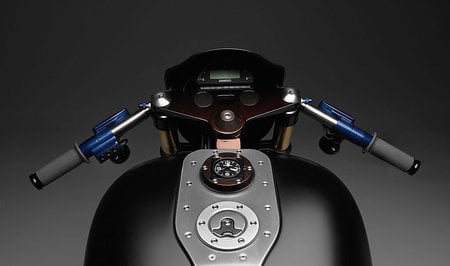 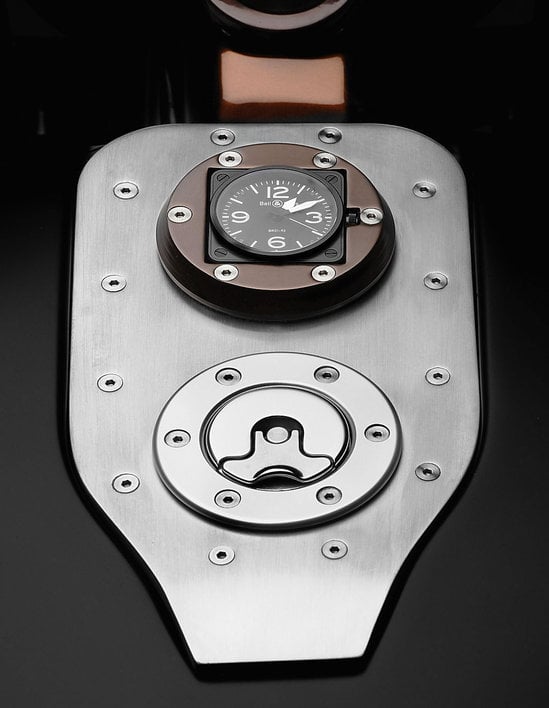 Tags from the story
Bell-and-Ross, Harley-Davidson