Bugatti cars are usually the last word when it comes to performance, styling, speed, price and of course a person’s wealth. While we are seeing the modern creations of the company, since its founding 110 years ago the company has gone through a lot of ups and downs. For instance, the company once made high-speed trains for the French railways in the 30’s and before it had also helped design combat aircraft during the first world war. Fast forward to the present and now the company makes the Chiron, a 1200 hp monster that had its front grille changed from aluminum to titanium, the reason when at high speeds and I mean really high speeds a bird crashing onto the aluminum grill would seriously damage it and even the radiator behind it leaving the owner with a fat repair bill. Like these Jonri Purwak shares 32 lesser-known facts about Bugatti and the dream machines it makes. 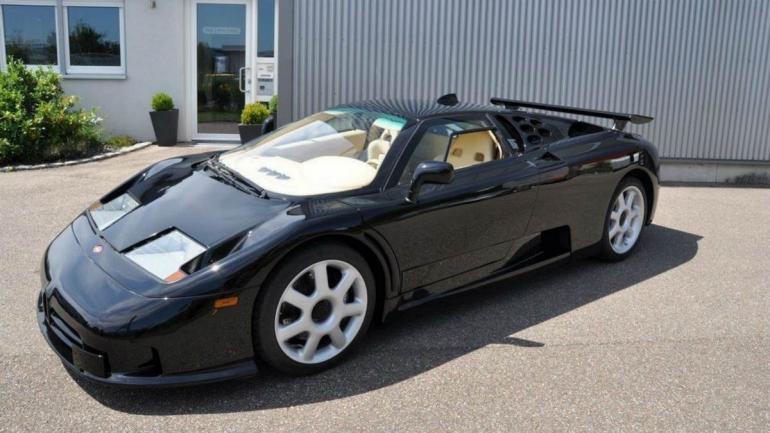 -The current Bugatti company has nothing to do with the original one. The original Bugatti went bankrupt in the 50s. The founder was dead and his son died early. Then in the 80s, a passionate Italian entrepreneur revived the brand and made the EB110 supercar. Then it was acquired by Volkswagen Group and made as their flagship brand with the famous Veyron.

-The original Bugatti company was founded in France by an Italian, so it’s technically French.

-There are only 6 units of Bugatti Type 41 Royale ever made and each of them has unique body style. Bugatti planned to make 25, but the Great Depression prevented it. It was marketed for royalty, which is why it’s called “Royale”. One of the 6 untis is a limousine model, called the “Limousine Park -Ward”.

-The Bugatti Type 35 was phenomenally successful, winning over 1,000 races in its time. At its height, Type 35s averaged 14 race wins per week.

-A company called Pur Sang in Argentina makes precise replicas of classic Bugattis. Jay Leno, who owns the real models, admits that the replicas are almost the same with the real ones. He is so impressed that he actually bought one. You can checkout at his episode of Jay Lenos Garage.

-The Bugatti EB110 has 4 turbochargers, which is a lot even for modern standard. 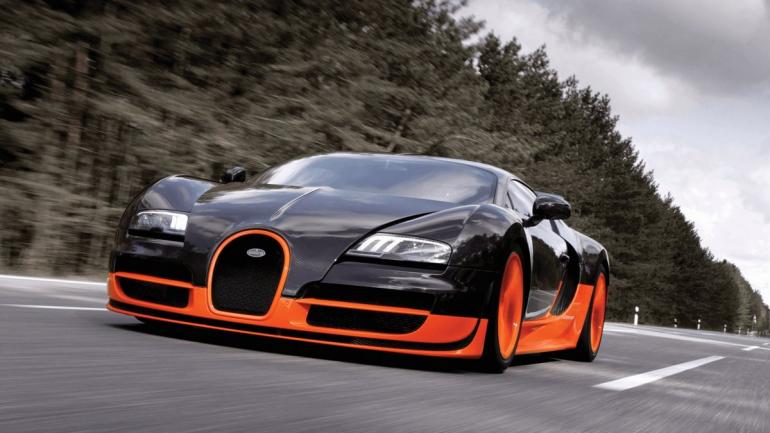 – During its first release, the Bugatti Veyron was the fastest production car in the world, as well as the most expensive production car (brand new price).

-The Bugatti Veyron has 10 radiators, 4 turbochargers, W16 engine (A combination of two V8 engines), and fuel pumps that can pump fuel eight times faster than a normal car.

-To service such the engine of the Veyron, the entire rear of the car has to be removed making what is in a normal car, a fairly easy task, a mammoth one.

-The waste energy from running the 16.4 litre engine of Veyron at full whack could heat 10 family homes in the winter.

-It takes 15 hours to build one radiator for the Veyron (Remember, each car has a total number of 10 radiators.).

-It takes 8 days to weld a Bugatti Veyron fuel tank.

-Customers who bought the Veyron was offered a free tour to the factory and they’re able to see the manufacturing process directly.

-Since production began in 2006, less than 400 Bugatti Veyrons have been created. The marquee will produce just 300 coupes and 150 convertible Veyrons.

-The Bugatti Veyron is split into three parts and only held together with 14 bolts.

-The $120,000 7-speed dual-clutch transmission of the Veyron is designed by Ricardo, an English specialty engineering firm.

-The entire engine of Veyron is made by its two technicians, who assemble entire components with their hand only. No automatic machines are used for the complete assembly.

-The special tires are $40,000 and Bugatti recommends that the $70,000 wheels be replaced after every 2 sets of tires as part of general maintenance.

-Once being road tested for 500 kilometres, each car is put in a light tunnel and inspected and polished for two days solid.

-The Veyron uses special Michelin PAX tires found on no other car. The rear wheels are 14.5 inches wide, twice as wide as a normal car. If you require replacements the car needs to be shipped to France, a process that costs $70,000.

-The Bugatti Veyron could have been pushed to go faster but the problem was not with the engine or the aero, but with the tires. Although the car could be made to go faster, the rationale was, that if you started with a full tank of fuel and accelerated to the top speed, the tires would disintegrate before the fuel ran out.

-The brakes on the Bugatti Veyron need to be beefy and powerful in order to stop the hurtling mammoth when it’s rolling down a straight at 253 mph. Furthermore, the Veyron actually decelerates from 60 mph faster than it accelerates to that speed. It also manages to scrub off its top speed in an astonishing 9.8 seconds, all while withstanding a heat of up to 1800°C.

-In a Veyron it is quicker to decelerate from 60mph to 0 than it is to accelerate there. (It only takes 2.8 seconds to get to 60)

-The Bugatti Chiron is claimed to have the largest clutch of any production car.

-At top speed, Veyron consumes the amount air equal to the air consumed by a single man in four days.

-Bugatti claims that if all the carbon fibres used in the construction of the Bugatti Chiron chassis were laid out end-to-end, they would stretch the equivalent of 9x the distance between the earth and the moon.

-The Bugatti ‘Macaron’ emblem on the grille of the Chiron weighs 150g, including 140g of silver.

-Volkswagen, which owns Bugatti, had to design and build a new engine test bed capable of handling the stresses of running a 1,476bhp engine of the Bugatti Chiron.

For more responses head to Quora.
Quora answers is our weekly feature in which we pick first hand experiences and interesting opinions from the Q&A site.