Barrett-Jackson’s classic car auctions have featured swanky and ritzy-glitzy cars in the past. But never have we got a whiff of an object as spectacular as the 1988 Kittredge K350 1ATM submarine in the past. Designed and tested by George Kittredge, the fully functional, home-made submersible has a maximum operating depth of 350 feet. The submersible is equipped with 3 12-volt DC propulsion motors and 8 105 amp/hr deep cycle marine batteries replaced in 2011. It is also equipped with a custom tandem trailer which launches and transports the submarine like a boat.

The submarine has low operating costs, and it has made over 100 successful dives utilized primarily for recreation purposes. This 14-feet tall baby has a cruising speed of 1 knot with a maximum of 2.5knots and a hull of three feet in diameter. Crazy about good old subs? Don’t miss out on the Barrett Jackson Palm Beach auction that kicks off from April 5-7th. 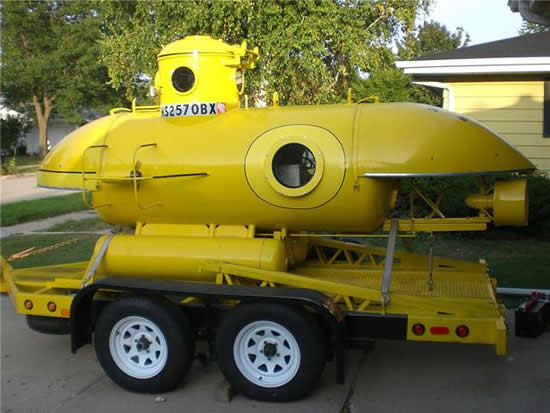 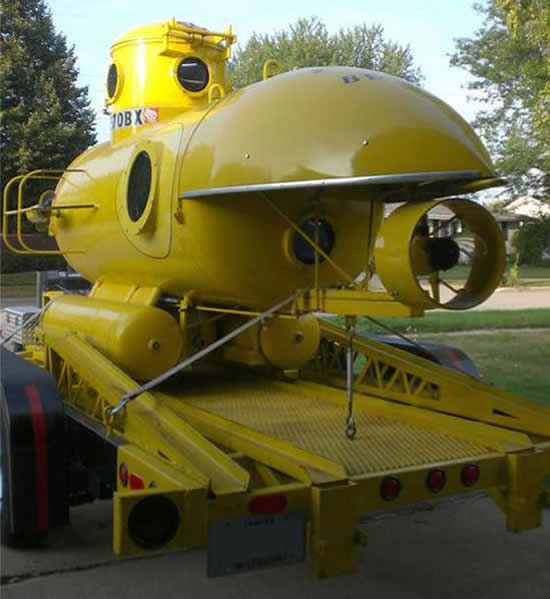 Tags from the story
Florida, Submarine