Picture this…a really huge, (when I say huge I mean as huge as it can get) ship barely manages to sail its way out of the dock and it’s not about the fact that it was close sail but about the magnitude of the ship and that is a big deal literally (see the picture!). It did manage to make everything around it look emaciated and humans could well be called ants. The 315m-long ship is so wide it barely squeezed out of the Papenberg watergates, but ably helped by two tug-boats it escaped on it’s to the North sea, where it will head to Denmark. A proud member of the solstice ship family, she is one of five Solstice ships launching between now and 2012. This colossal ship can house as many as nearly 3,000 passengers.

If you are still not alarmed then may be you will be after learning that this cruiser is the first one to boast an authentic grass lawn on its top deck and is heading in the right direction for its November unveiling, when it will begin life as a U.S. cruise ship. 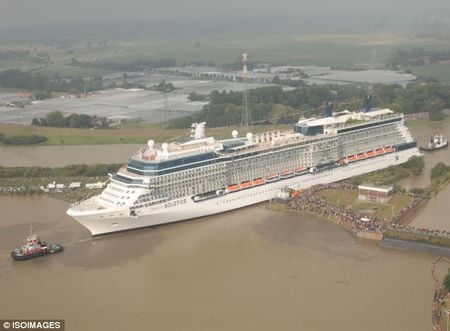 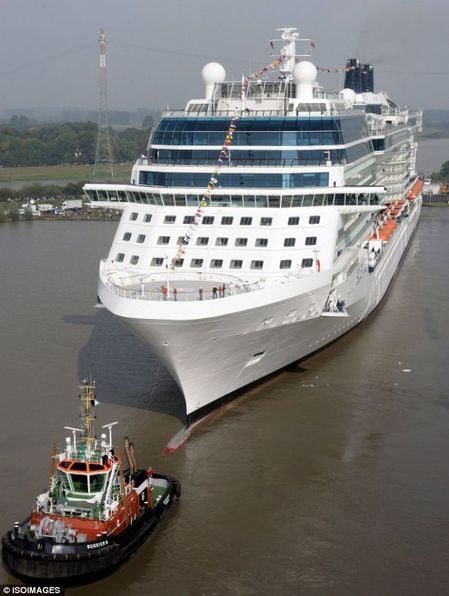