We have Bugatti use the Chiron platform to build several different interesting derivatives, which includes everything from the record-breaking Chiron Super Sport 300+ to the one-off La Voiture Noire. This is actually a very clever business tactic to keep a model line fresh and interesting for a much longer time without having to spend billions of dollars into developing a new product. However, we haven’t seen the French manufacturer create an off-road version underpinned by the Chiron platform, and we are pretty sure that’s not going to happen – even though Bugatti’s next new model might actually be an SUV. But try to imagine what would a wild off-road beast derived out of the $3 million luxury hypercar will look like. Actually, an industrial designer named Rafal Czarniecki has made it easier for us by creating design renderings of a Bugatti Chiron on stilts with hardware that makes it look like a Dakar Rally racer. 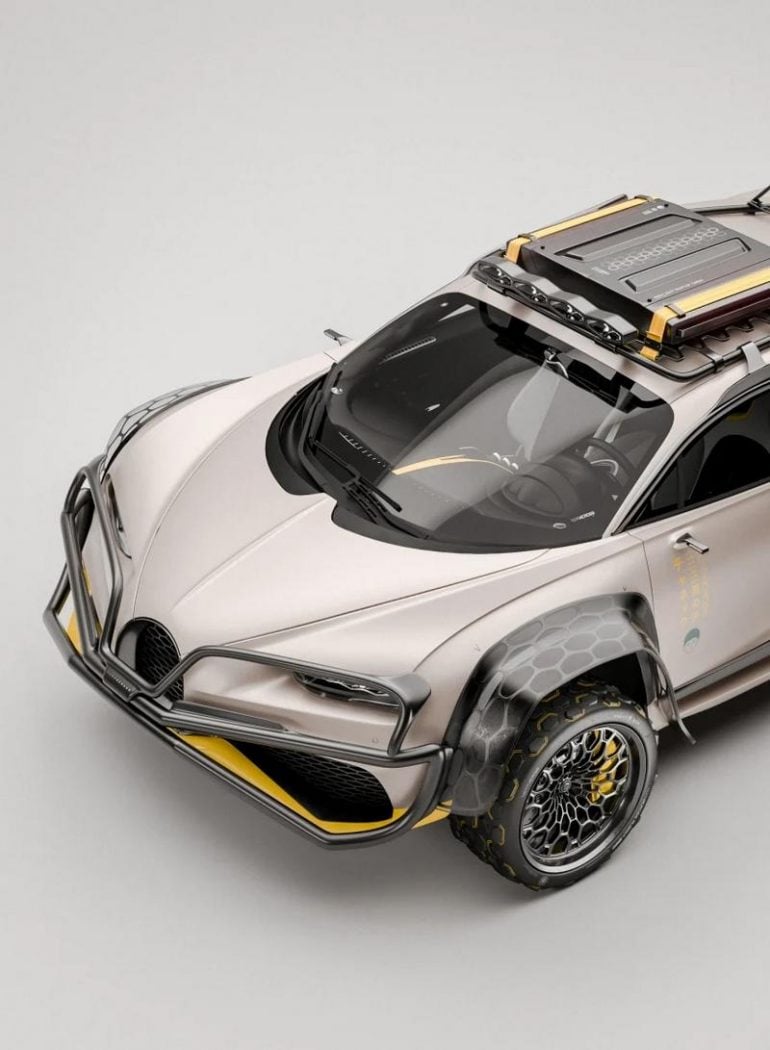 It’s not uncommon for designers to experiment with the idea of imagining off-road beasts out of super-luxury cars. We have already seen concepts such as the Arctic-ready Rolls-Royce Cullinan and the Bentley Bentayga with tracks. There’s even a mad Russian who fitted tank tracks to a Bentley Continental GT, which is actually a working vehicle, unlike the digital renderings we usually see. However, till now, we haven’t seen anyone give the off-road treatment to a Bugatti. The Bugatti all-terrain rally car called the Chiron Terracross 4×4 features loads of aggressive updates to transform the hypercar’s character completely. The most noticeable of them is the massive off-road tires fitted to unique wheels with a honeycomb pattern along with the massive off-road shockers with enough travel that can let the 4×4 jump over dunes and obstacles with ease. To bodywork is also fitted with massive wheel arches that have the same honeycomb pattern. Upfront is a massive bull-guard that can protect the expensive bodywork from damage, and there’s even a custom roof rack that contains a light bar, spare tire, and a cargo box. Even the front bumper and the headlights are different and look pretty cool. We think the Chiron Terracross 4×4 is quite interesting for a concept. What do you think of this mad Bugatti? 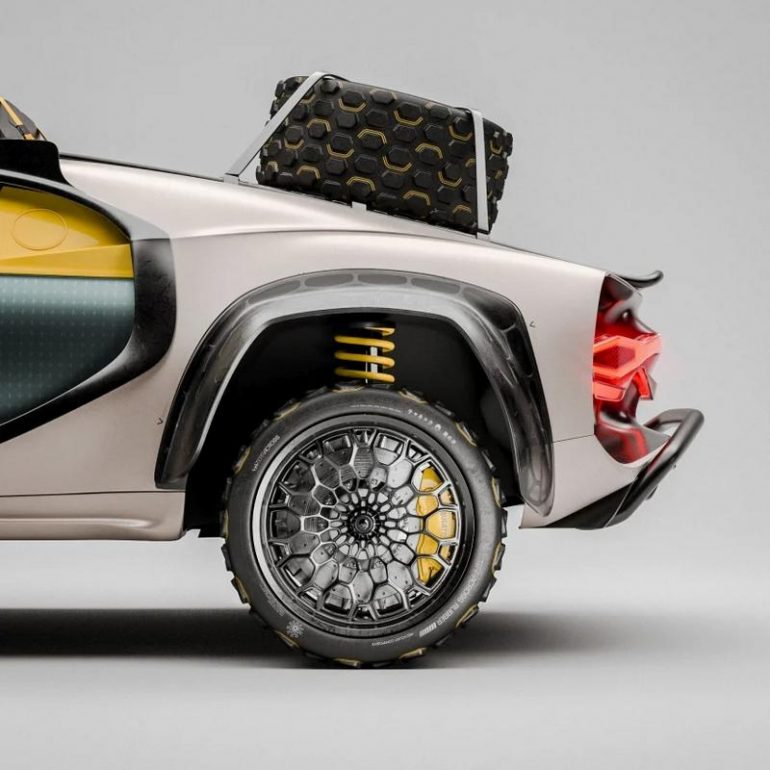 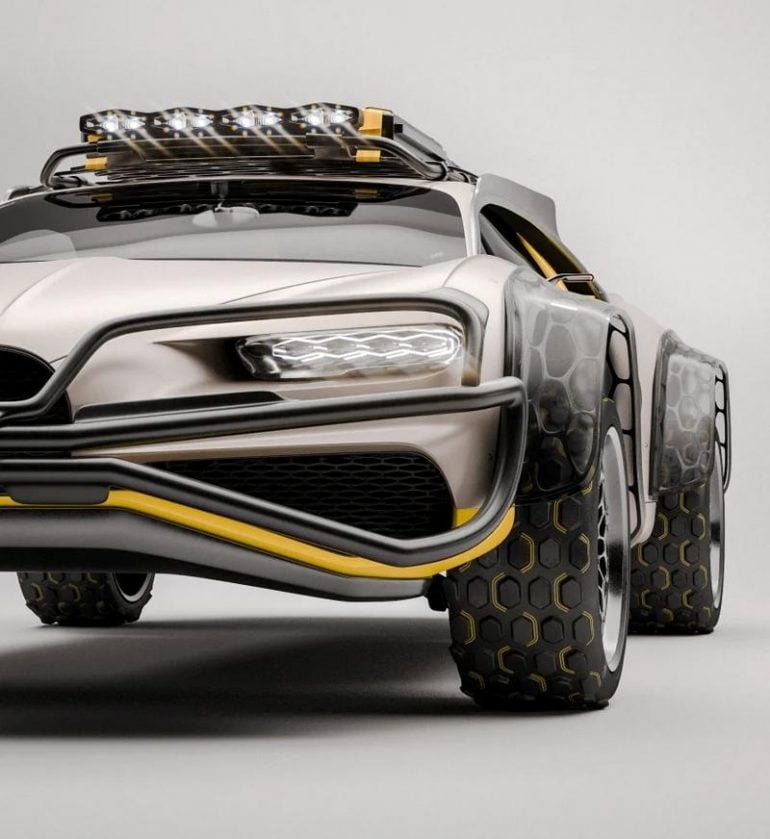 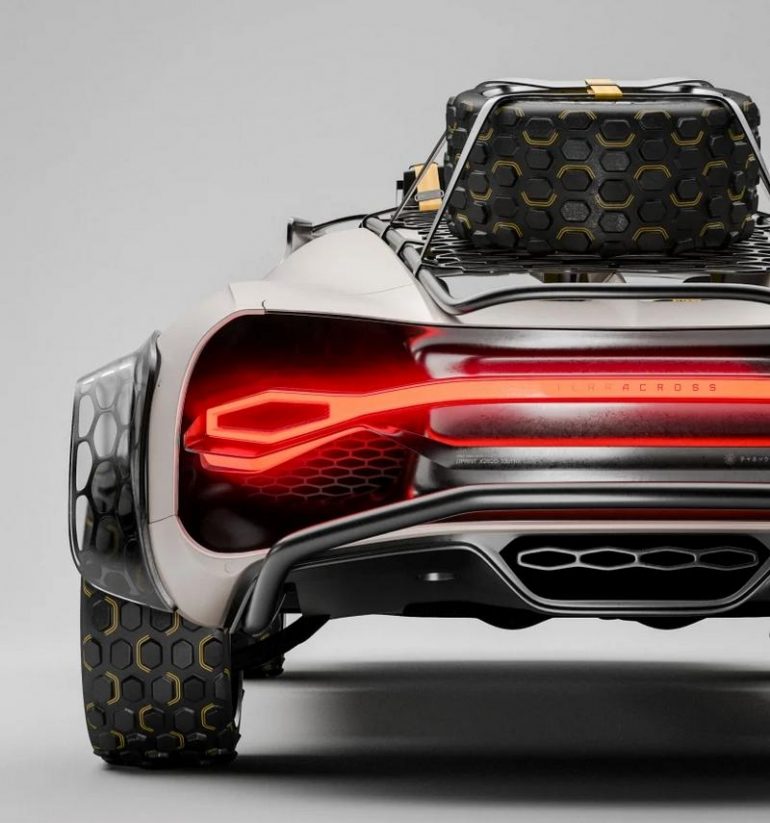 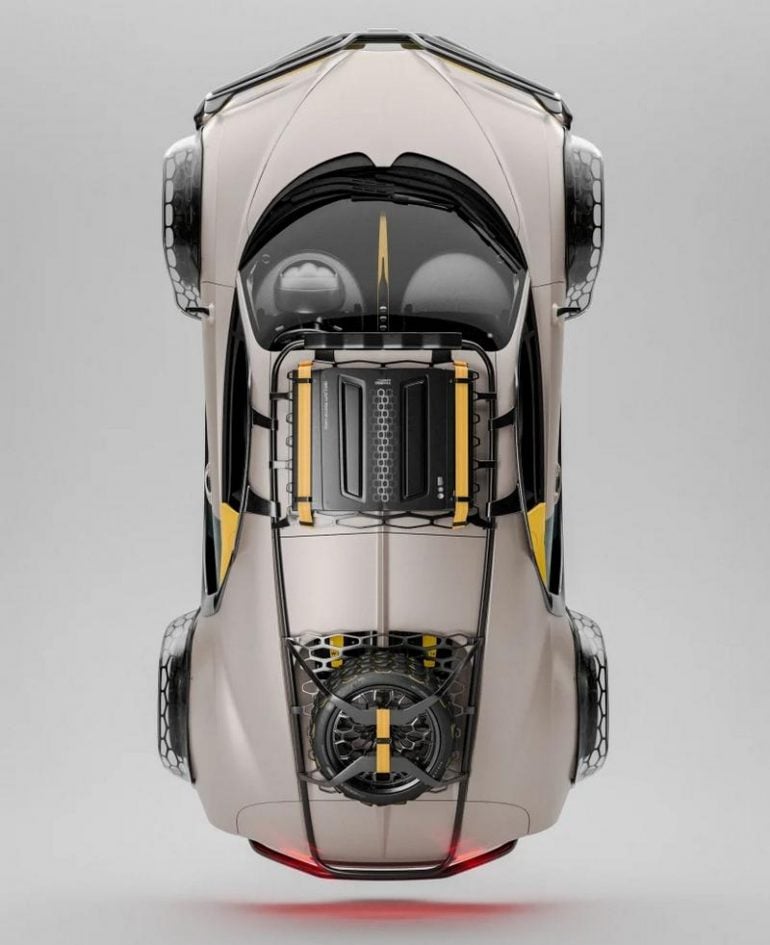 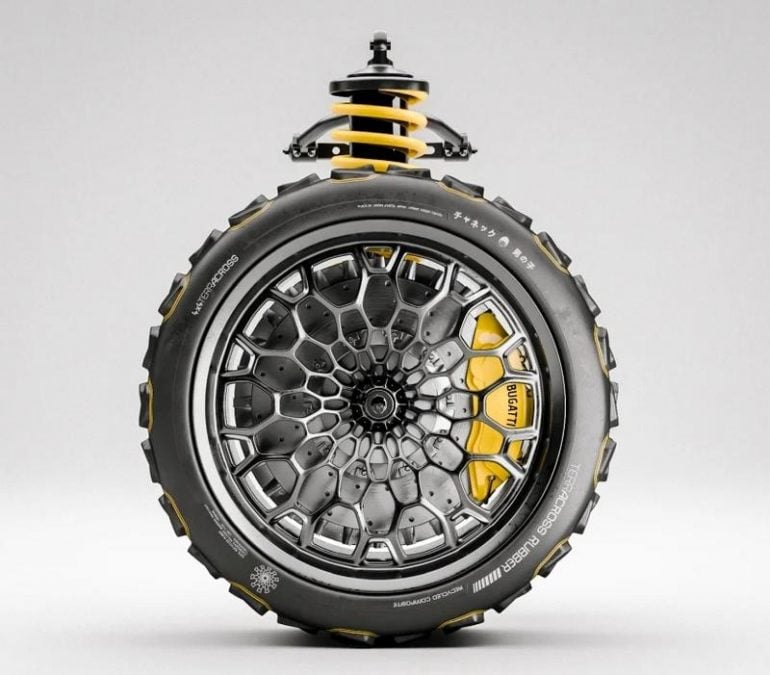 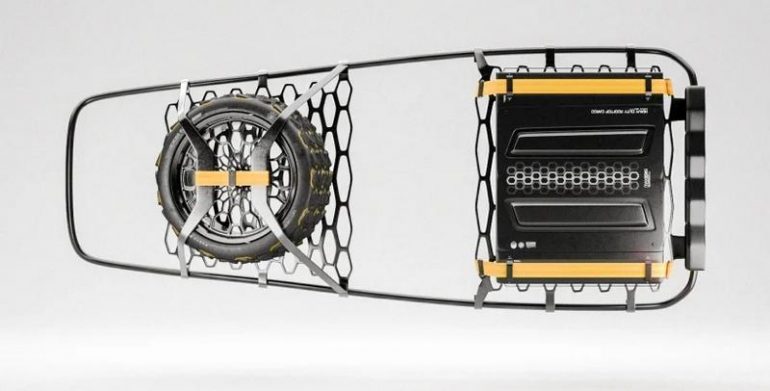 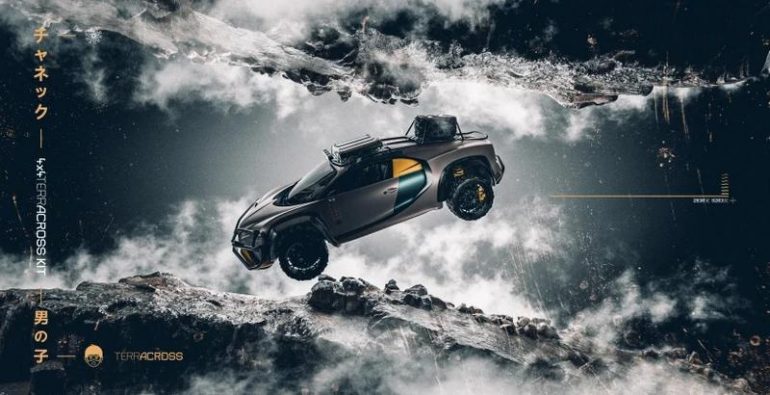 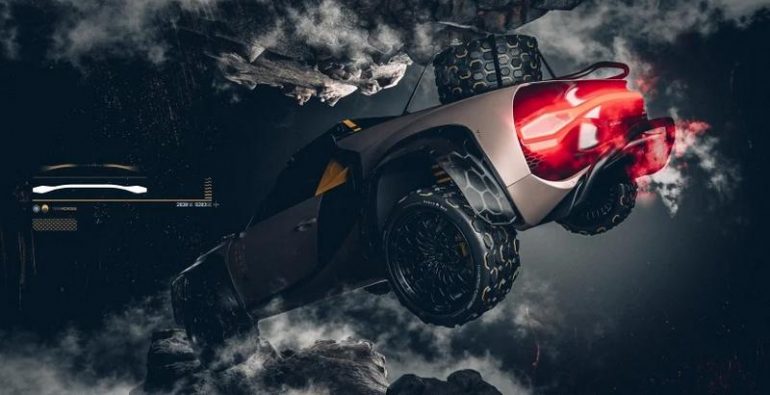 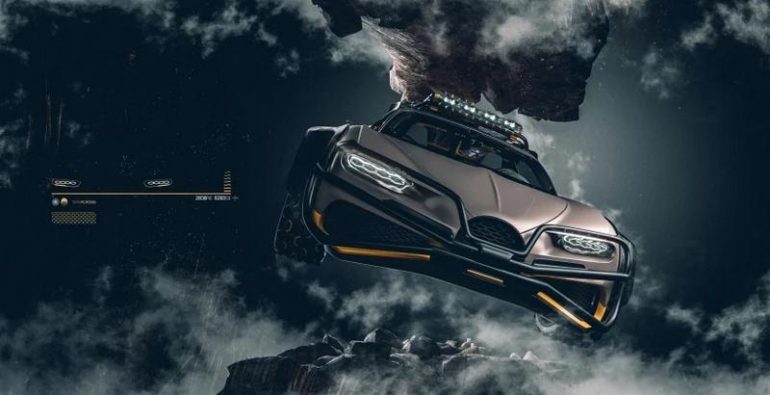 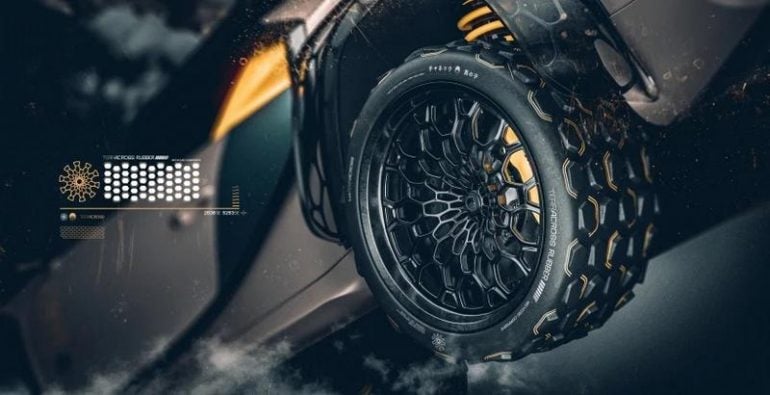 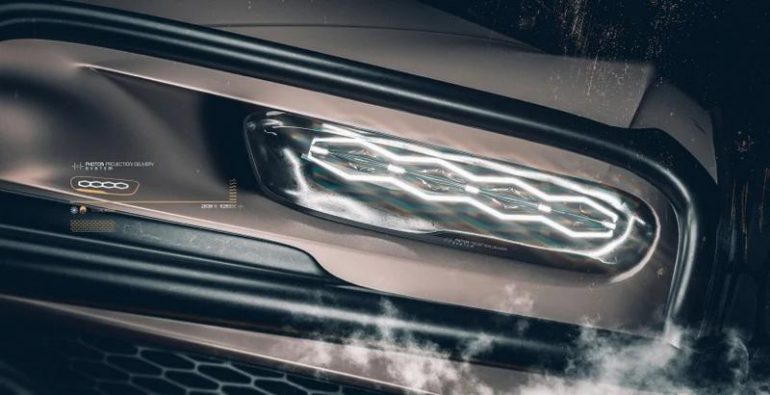 Tags from the story
Bugatti-Chiron, Hypercar