We’ve seen cosmetic retouches given to cars, much to their benefits. However, when this unfortunate BMW X6 landed in the hands of a Lithuanian tuner, the resulting ‘enhancement’ was quite the opposite. It’s called the AG Alligator and does borrow some ugly looks from the reptilian nightmare but sans the rage. The body kit used to reconstruct the car was a wide 100 mm front and 150 mm rear. The body was then extended by 200 mm thanks to the addition of a front grille and a hood that is longer than the standard X6’s. On the little hood humps you will also notice two air intakes. 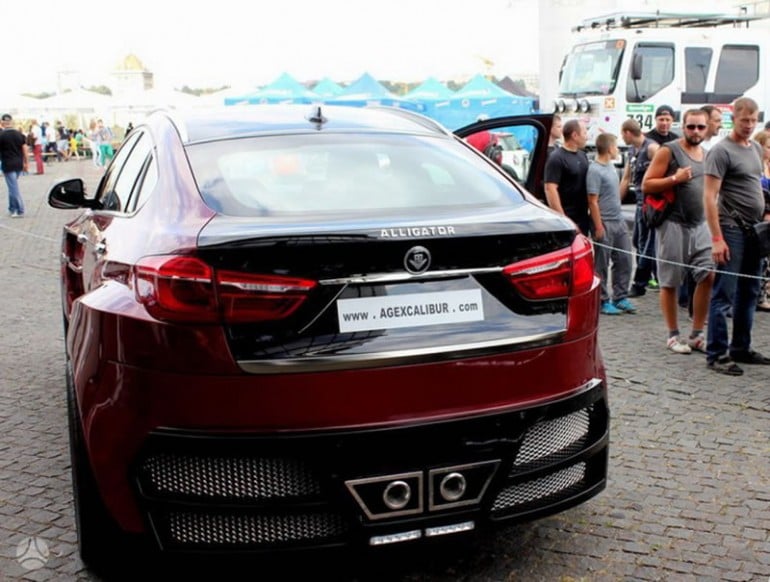 A bigger car demands bigger wheels, which explains why the designers added 26-inch wheels to the former slender body of the car. The car takes its thematic rather literally, which is testified by the Italian alligator embossed leather on the dashboard of the car. Everything, from the steering wheel to the upper sections of the door panel have this leathery texture surrounding it. 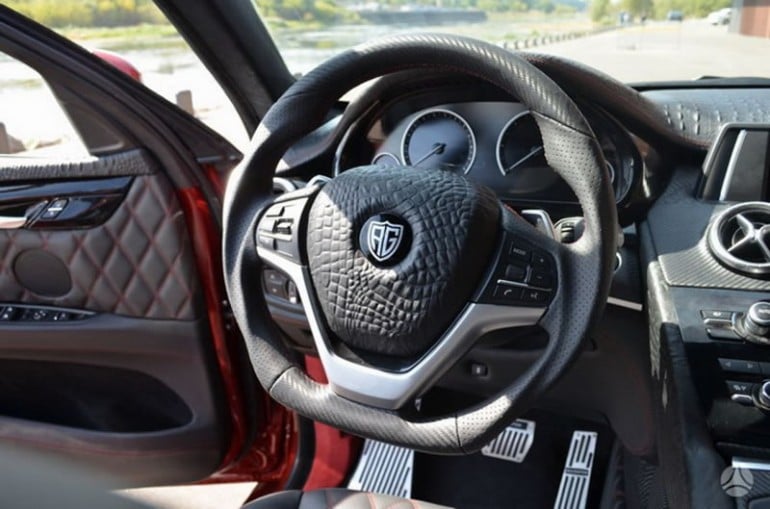 The rear portion of the car dons a custom exhaust system. A pair of centered tailpipes and a rather elaborate and heavy looking bumper bring up the rear of this monster of a car. It goes without saying that all this comes for 90,000 Euros or $100,000.

[ Via : Bmwblog ]
Tags from the story
BMW