Lamborghini has revealed the Spyder version of the rear-wheel-drive Huracán Evo. Unlike the Coupe version that debuted earlier this year in January, Lamborghini took to the virtual world to reveal the drop-top version because of the coronavirus pandemic and became the first automaker in the world to use augmented reality (AR) for a car launch. The Spyder also gets 30 percent more oversteer than the AWD version Huracán Evo, which means the power-slides are going to be even more epic. Powering the open-top RWD Huracán Evo is the same naturally aspirated 5.2-liter V10 found in the all-wheel-drive version; however, the engine is detuned to make 602 horsepower and 413 lb-ft of torque as compared to the all-wheel-drive model’s 631 horsepower and 442 lb-ft. According to Lamborghini, the drop-top supercar can do the 0-62mph sprint in 3.5 seconds (versus 3.3secs for the Coupe) and hit a top speed of 201mph. 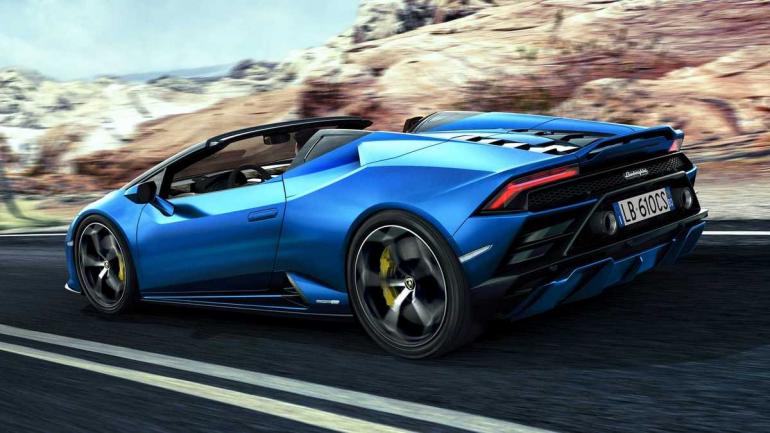 The Lamborghini Huracán Evo Spyder RWD tips the scale at 3326 pounds, with a 40/60 weight distribution. A set of 19-inch wheels with Pirelli P Zero tires and steel brakes come as standard, which can be upgraded with optional 20-inch wheels and carbon-ceramic brakes. In terms of aesthetics, the Spyder looks identical to the Coupe version except for the automated soft-top that takes about 17 seconds to be tucked away and can be operated at speeds of up to 31 mph. “The driver is perfectly in touch with Lamborghini’s engineering heritage,” explained Lamborghini boss Stefano Domenicali. “Experiencing the feedback and engagement from the setup of a rear-wheel-drive car where electronic intrusion is minimised, while enjoying the sense of freedom and spirit of life that only open-top driving provides.” Deliveries of the rear-wheel-drive Huracán Evo Spyder will start this summer at a starting price of $233,123 (around $20,000 more than the Coupe). 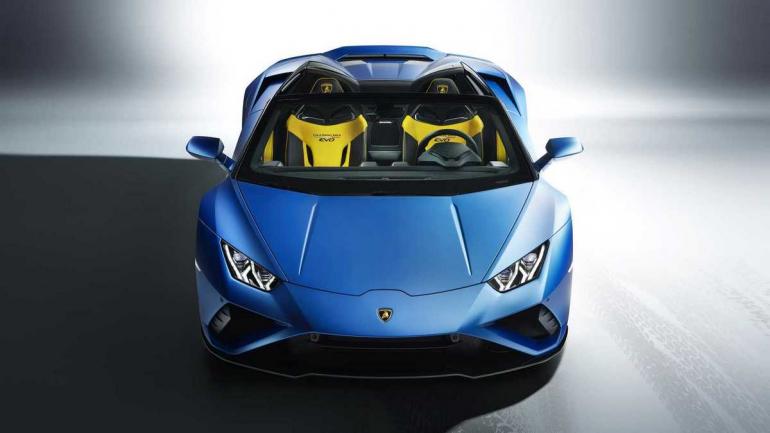 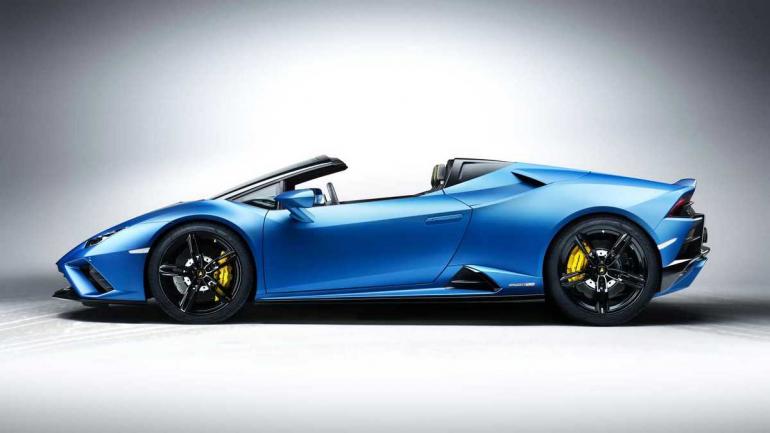 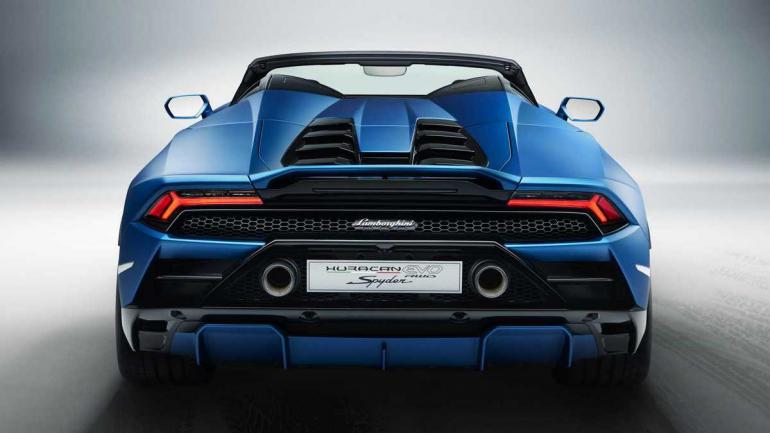 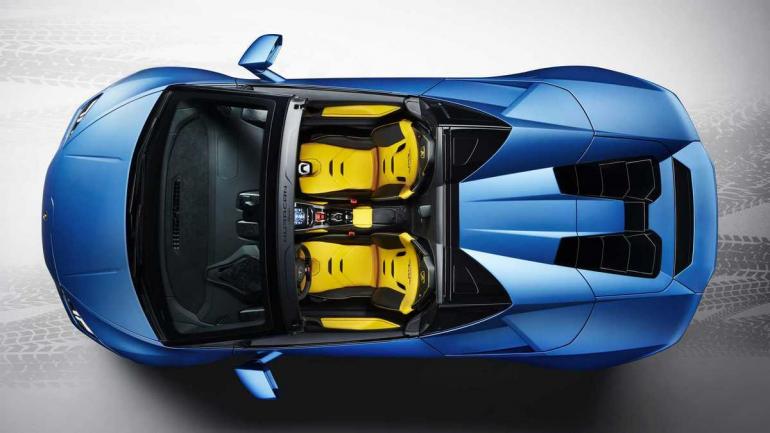 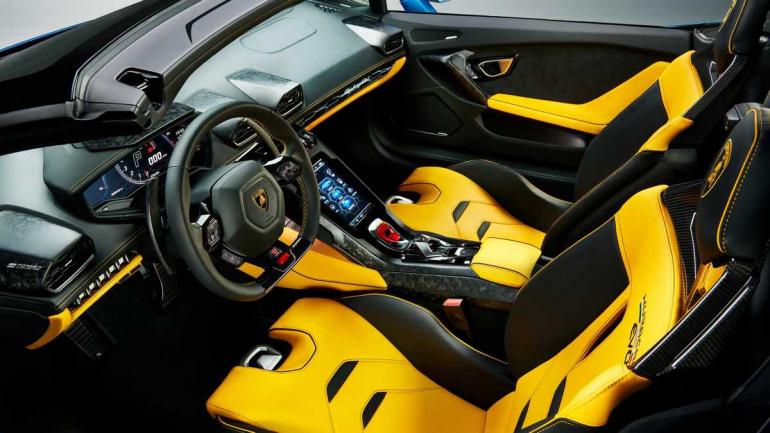 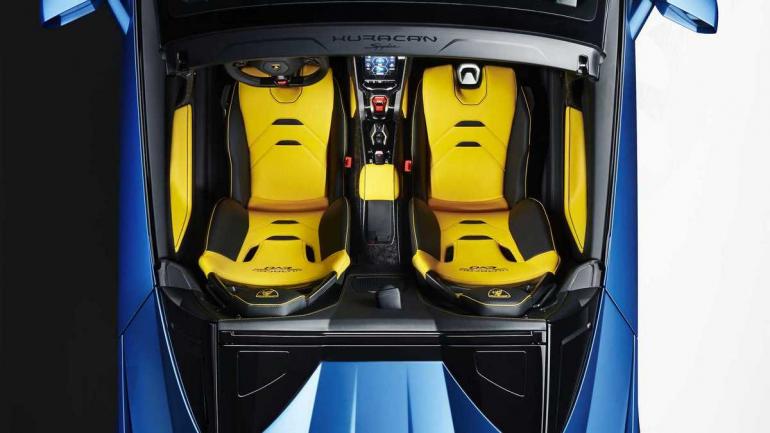 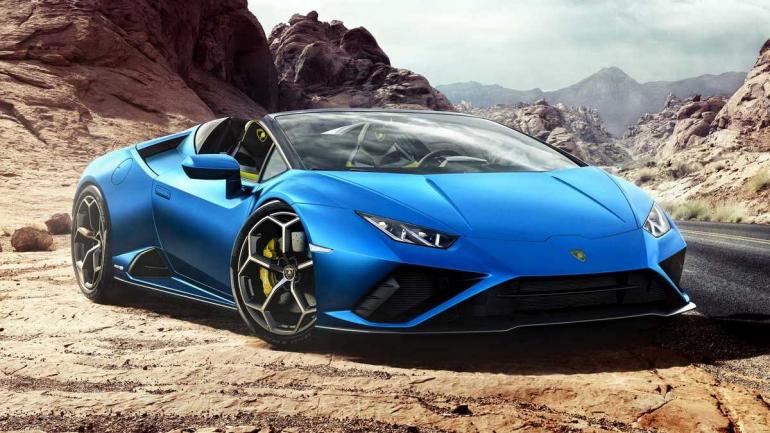