An unknown magazine scan has leaked an image of the Lamborghini’s “Veneno” hypercar ahead of its official debut at the Geneva Motor Show. The car was set to be the crown jewel in the celebration for Lamborghini’s 50th anniversary. Veneno, meaning “poison” in Spanish, has most likely been named for a noteworthy bull in the history of tauromachian. The picture shows a coupe powered by the same engine as the Aventador, a 6.5-liter V12 engine. However, that is where the similarities between the two cars end. The Veneno appears to be radically different from any other coupe designed in the company’s 50-year history. Asymmetric wheel wells, a massive rear wing, exposed carbon fiber canards, vents, and scoops combine to create a brutish-looking car that bears more resemblance to its bull counterpart than a sleek sports car. 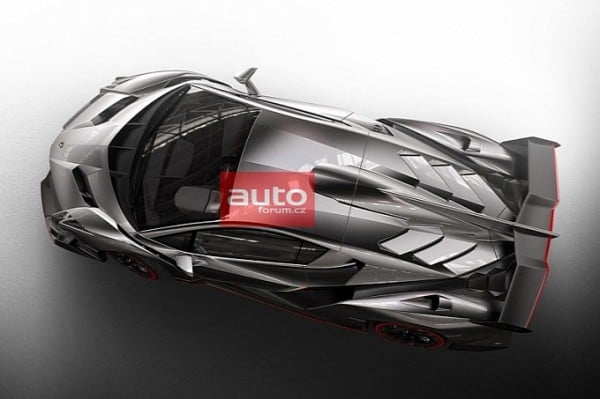 The car is rumored to feature a 7-gear transmission and a single clutch that will combine to provide over 450 horsepower. The 220 mph car will be limited to three examples painted white, green, and red. Each of these powerful cars will command around 4.6 million dollars. The Lamborghini Veneno is set to be officially unveiled at the Geneva motor show, at which point we’ll know if the rumors are true.

READ:  The world’s most expensive Morphsuit is a million dollar Halloween costume with 20,000 diamonds 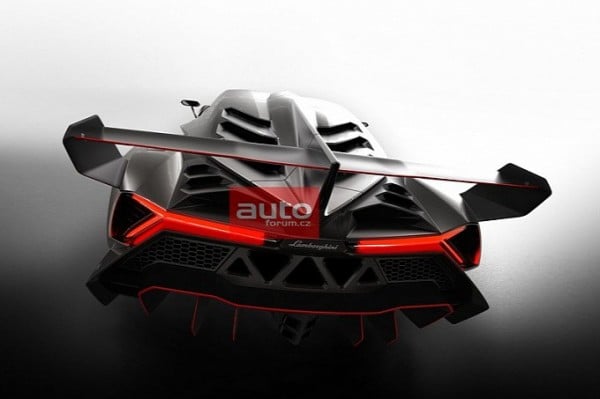 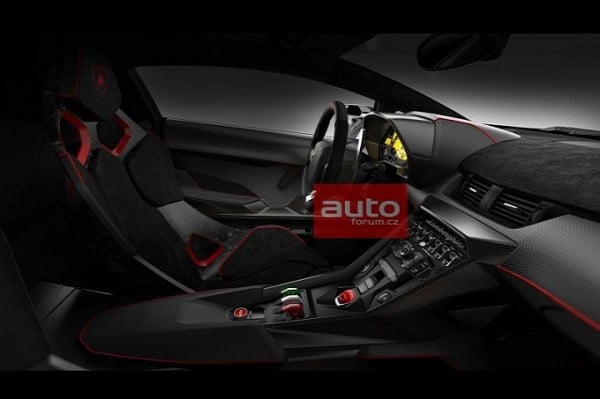