If there were once cars aimed at addressing the future, then 2016 was clearly the future they were looking at. While performance-wise, we’ve done well for a generation, something that hasn’t materialized is the true futuristic experience that would once be expected from cars that hover over the atmosphere of those that could achieve light- or sound-speed. Yet, we are benevolent to the future, setting up standards that are achievable and more realistic. At least Rolls-Royce has this future charted out and demonstrated in their incredible Vision 100 concept car that addresses travel during the 22nd century. The car was presented at London’s Roundhouse and has been codenamed 103EX. 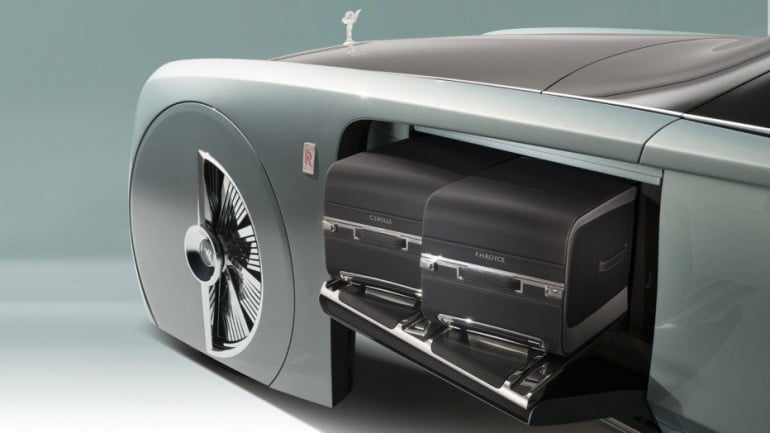 The future-resemblance
From what we’ve seen of futuristic car concepts, there has seldom been too much wheel display and, in most cases, no wheels at all. The Vision 100 concept car does well to shield the futuristic wheels but does bring the legendary RR grille and shoulders to the frontage. A glass roof stretches over the top of the car to showcase the future night sky while the erstwhile engine compartment stows away two Grand Tourer cases. 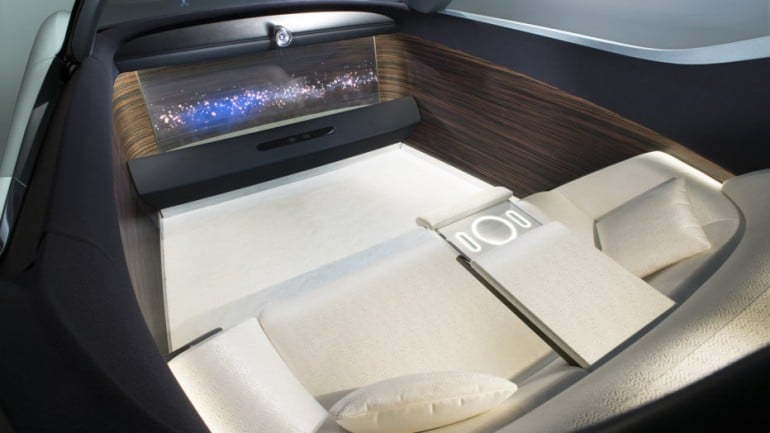 Beautiful within
On the inside, the void leaves us stunned. But when you think of it, future cars will really require no effort from the drivers. The car is driverless and seats the passenger on a throne-like seat. The interiors have a strong presence of the most modern, handcrafted fine-line Macassar wood paneling. To keep the luxe experience flowing from the lavish throne, the car’s floor will have a wool carpet on it. 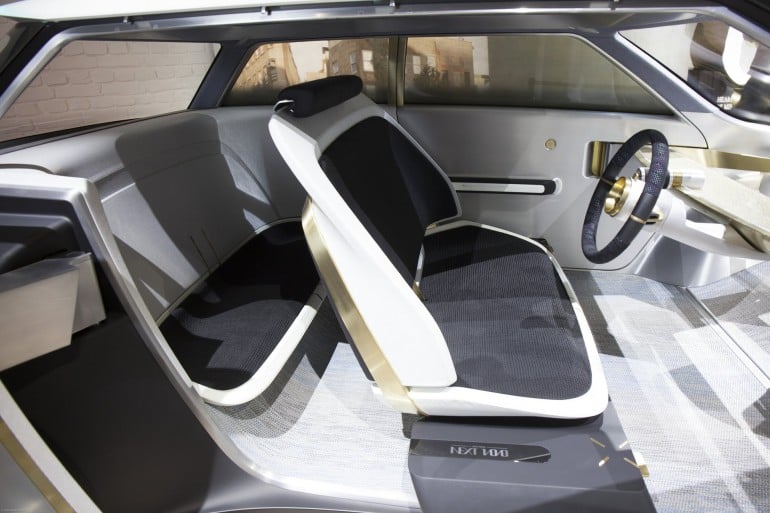 Steered by words
A virtual assistant will take the place of a human driver and will accept verbal commands. She will be named Eleanor and is inspired by Eleanor Thornton (after whom the Spirit of Ecstasy bonnet ornament has been modeled). Other than controlling the car’s mechanics, she will leverage her artificial intelligence to keep track of schedules and other important activities of the driver. 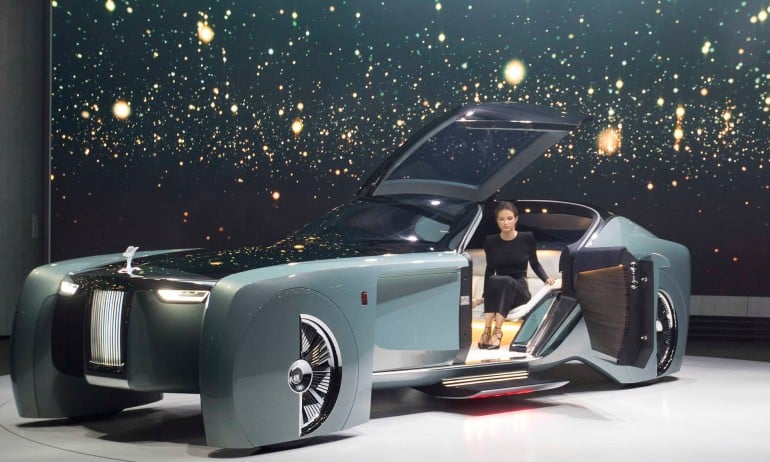 Triumphant arrivals
Arriving in the Vision Next 100 will truly be a momentous moment. The glass roof rises and the door makes way for a step that leads to a projected red carpet, like one we’ve never seen before. In the rather poetic statement, the company says, “Thus, as in Botticelli’s ‘Birth of Venus,’ our guest is framed and ready to step gracefully into the limelight and greet their audience … This is automotive haute couture.”

While we’re decades away from 2040, we can be assured of driverless, zero-emission cars being the norm. The centenary year of Rolls-Royce has continued to amaze us with a promise of so much more to come.

Tags from the story
futuristic, Rolls-Royce