It is the 60th anniversary of the Porsche Club, and we were waiting for the drool. Say what? Porsche will be offering a limited edition of Porsche 911 Club Coupe- a car based on the new (991) 911 Carrera S Coupe with a classic exterior in “Brewster Green.” So what makes this a ride different in Porsche standards, eh? To begin with, and the most important being, while a standard 911 Carrera showcases 408 hp @7,300 rpm in a 3.8-liter engine, the Club Coupe is engineered to deliver 430hp, a gain of 30hp over the standard, in a 3.8 liter.

Plus, it will also include the bests of a standard like the patented Sport suspension PASM- an electronically controlled damping system that’ll lower the suspension by 20mm and modifications like a new set of cylinder heads and camshafts, a better variable resonance-type intake system with switchable flaps, a center radiator, a sports exhaust system with two dual tailpipes, the Sport Chrono Package with dynamic engine mounts and an optimized engine management system.
Aesthetically notable will be the engine’s bay styling that’ll showcase a titanium-colored cover with inserts in carbon fiber that owns the classic 911 hands down. But hey, what takes the cake is every coupe will have a fitted switch panel trim strip that’ll have the words “911 Club Coupe – personally built for” where the blank will be the Porsche name Club member. The car’s door entry guard in the same “Brewster Green” and brushed steel will usher you in, where rests a 911 Club Coupe leather key pouch for you to turn the magic on! This time, only 12 Club members will have the opportunity to own one: 1 remain at Porsche headquarters, with the remaining eleven costing 142,831 Euros ($180,000) each. 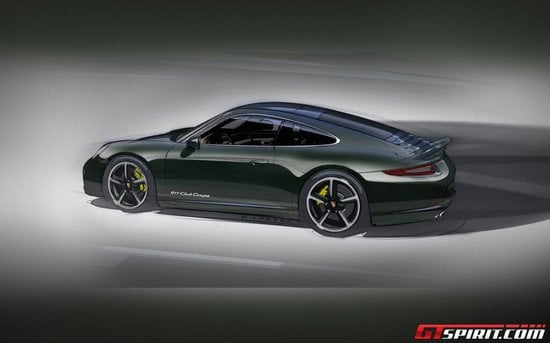 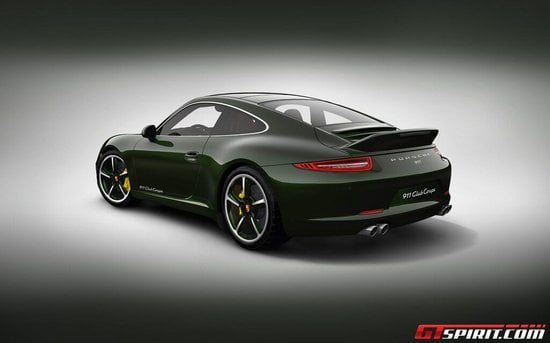 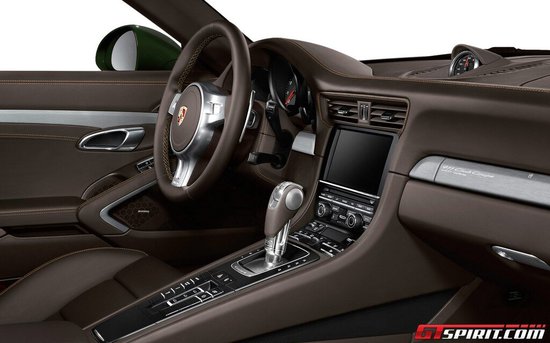 [ Gtspirit ]
The last date for Porsche Club members to register for one amongst the eleven is 16 July 2012.