Small boutique car developer and manufacturer ‘Lucra Cars’ from the United States has released the first set of details and pictures of their all new supercar named ‘L148’. Based out of San Diego, California, the workshop styled sports car maker is known for making insanely fast machines without any frippery. The company’s latest offering although is a lot friendlier than its bare bone speedster sibling, LC470, which became famous after featuring in the Fast & Furious 6 movie. Luke Richards, who founded Lucra Cars in 2006, started working on L148 earlier this year and plans to deliver the first car by summer 2014. The compact two seater roadster has a front end that looks quite similar to Ferrari California and side exhausts styled similar to the Mercedes SLR. 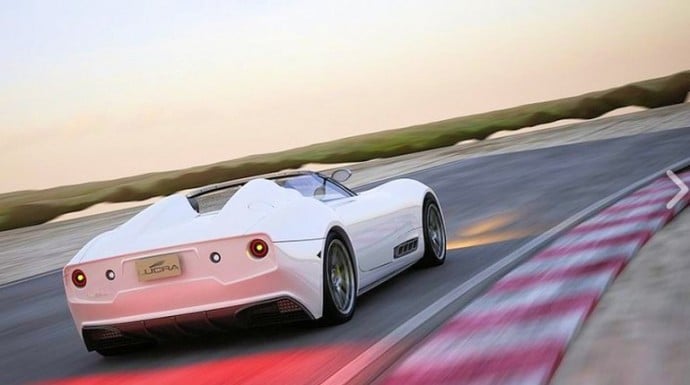 The carbon fiber body of the Lucra L148 sits atop a tubular chromoly steel chassis — same material used on Baja 1000 Pro Trucks — and is powered by a GM LS V-8 engine tuned to produce upwards of 700hp. The engine will be mated to a Mercedes made seven-speed paddleshift transmission. To add some sophistication and luxury to the mad supercar, the L148 will come equipped with air conditioning, satellite radio, GPS navigation. As per current plans, the L148 will hit the roads by mid-2014 and will come with a price-tag north of $250,000. 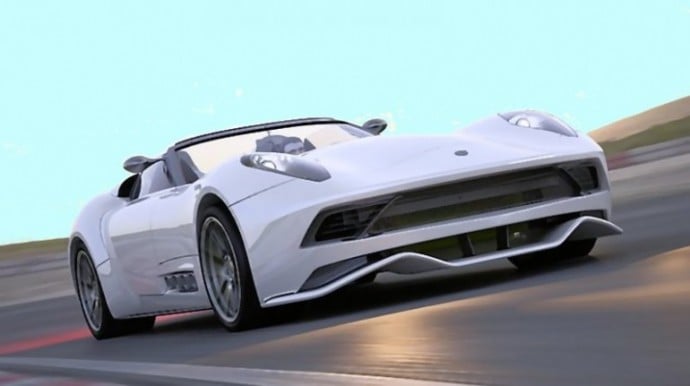