Owning lines of houses, planes, boats, horses etc. is for the rich people. So the men with the mega-bucks are pleasing themselves with fancy submarines that they can spin around the oceans. “Fantasy and secrecy” are the two premises on which this exclusive industry thrives. “If you can find my submarine, it’s yours,” says Russian oil billionaire Roman Abramovich, the reclusive owner of the Chelsea Football Club. Jean-Claude Carme is the vice president of marketing for U.S. Submarines; a Portland company that custom builds submarines for the eccentric billionaires who want mysterious and secret subs. There an estimated 100 luxury subs out there in the deep seas, whose owners are not known. Sounds like a modern day spin-off on Twenty Thousand Leagues Under the Sea. 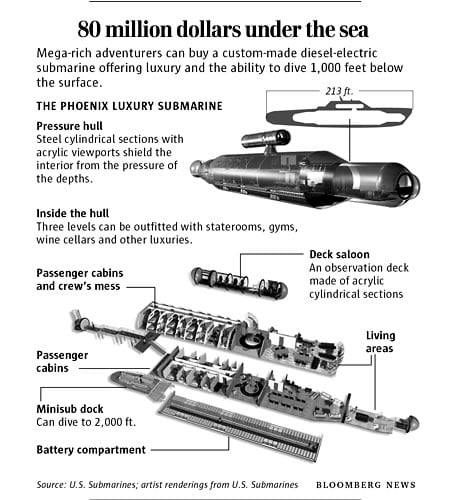