Since the car has already been leaked online, Maserati has decided to take the wraps off its redesigned sedan, the Quattroporte, just ahead of the Detroit Auto Show. While details of the car are scarce, the 2013 model celebrated 50 years of the sedan and is scheduled to hit the U.S. market as the 2014 model. The outside is reminiscent of the existing car, complete with the sloping hood, vented fenders, and shapely body lines, but the new touches come in the form of a slicker roofline and plunging raked front glass. It also comes with a larger wheelbase, as the rear doors don’t run into the wheels. The car also features horizontal taillights and a new exhaust tip design that resembles the Mercedes-Benz E63 AMG vibe.

The interiors can seat four and sports a chic new two-tier instrument panel, a large touchscreen console in the middle, and two monitors into the rear seat, making up for the entertainment system. Under the hood, the car is expected to feature a V8 engine, but for more confirmed details, we will have to wait for the stunning ride to make its official debut at Detroit. 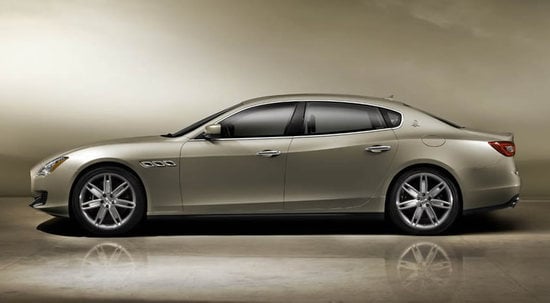 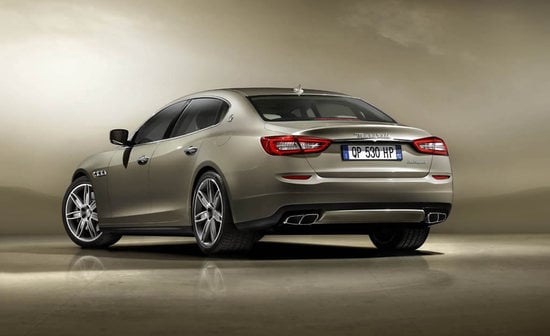 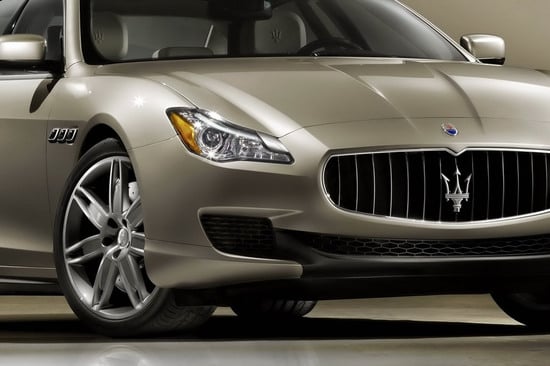 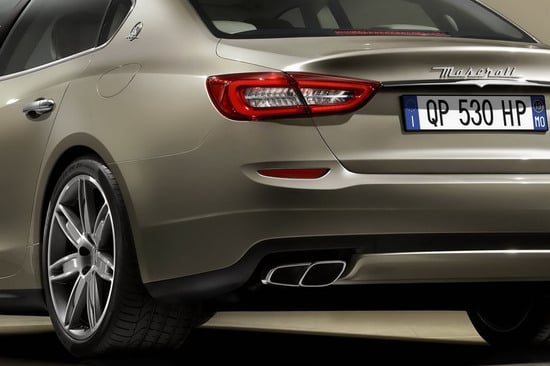 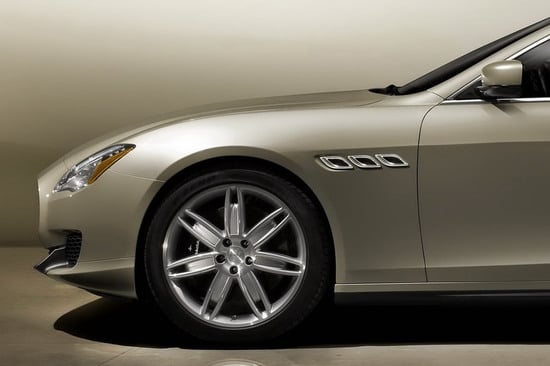 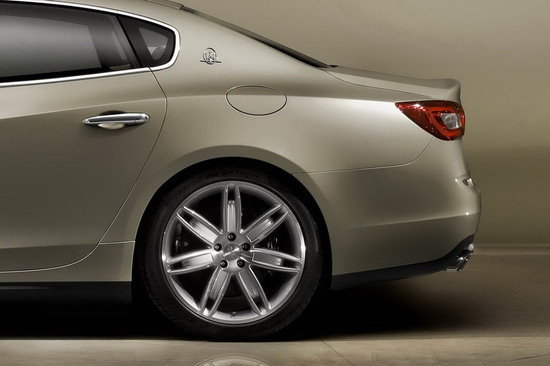 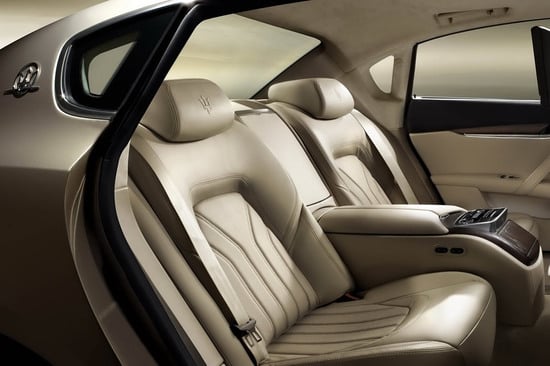 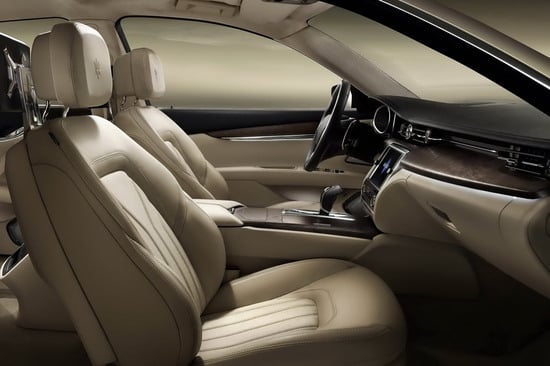 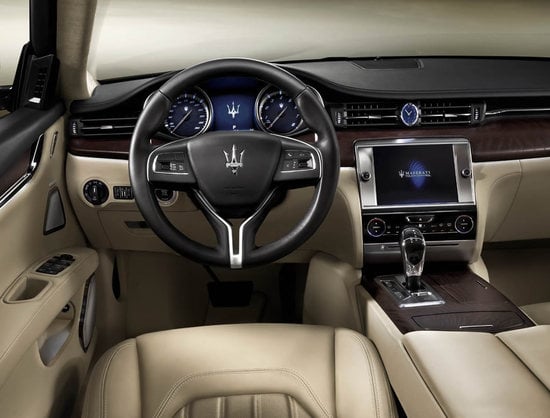 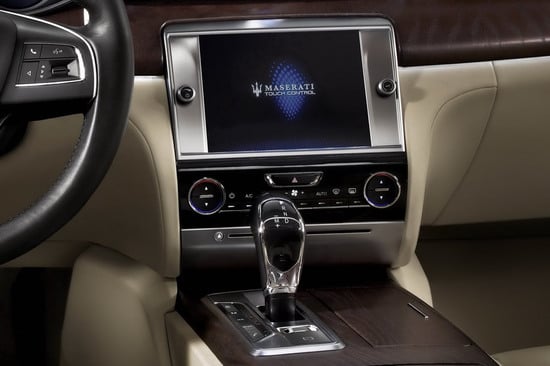 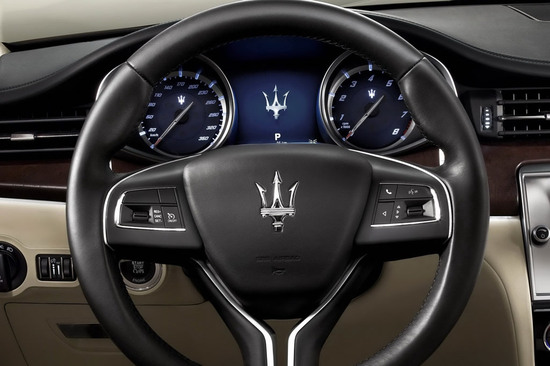 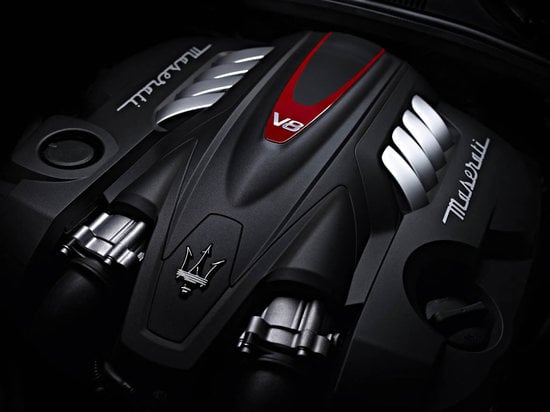