Adding another feather to their cap, BRABUS probably has an addiction for creating records. They claimed The World’s Fastest and Most Powerful Coupe title earlier this year and now they have another title coming their way. This time around the German automotive performance specialist has achieved 330.6 km/h (205.2 mph) in a Maybach 57 at the high-speed test track in Nardo, Italy. The car was powered by a 6.3-liter, 730-hp/ 537-kW BRABUS SV12 S Biturbo engine originally developed for the BRABUS ROCKET, the record-breaking four-door car based on the Mercedes CLS series which set a speed record for street-legal sedans of a head-spinning 365.7 km/h (227.2 mph) back in October 2006. The additional grunt has been added to the turbocharged 12-cylinder engine by increasing engine displacement and developing a crankshaft with a longer stroke, precision-balanced piston rods, and larger pistons to accommodate the increased bore. The engine has also received modified cylinder heads and special camshafts with two larger turbochargers, more efficient intercoolers, and a stainless-steel exhaust system with metal catalysts also added to boost performance. 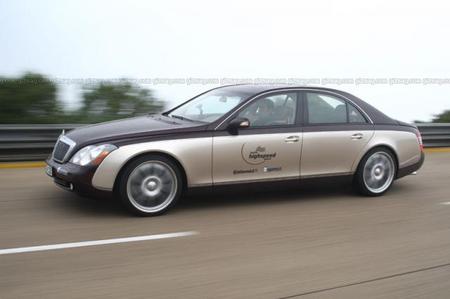 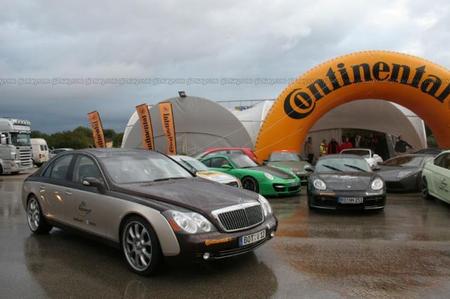 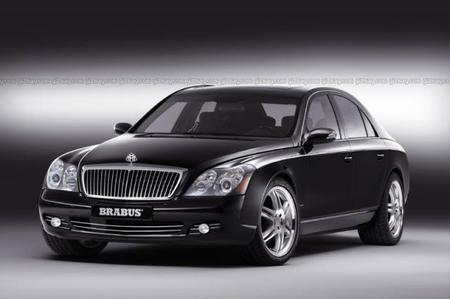 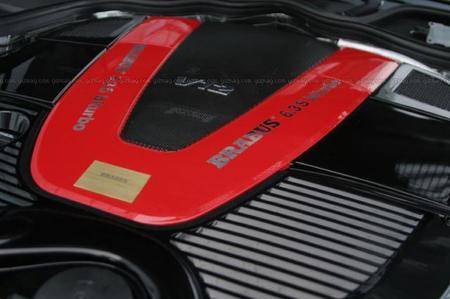 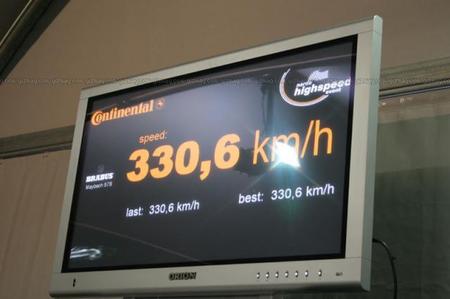