McLaren has finally taken the wraps off its first ever sports car, the McLaren 570S. Yes, it is indeed the first sports car launched by the British marquee as until now the company made only supercars and hypercars. Intended as a competitor for the Audi R8, the Porsche 911, and the Ferrari California, the McLaren 570S looks like a baby version of the McLaren P1. Expected to retail for an estimated $180,000, the 570S isn’t cheap but the high-end sports car packs some serious punch to justify the pricing. The McLaren 570S is powered by a 562-horsepower, 443-pound-foot twin-turbocharged 3.8-liter V8 engine that sits in the middle. 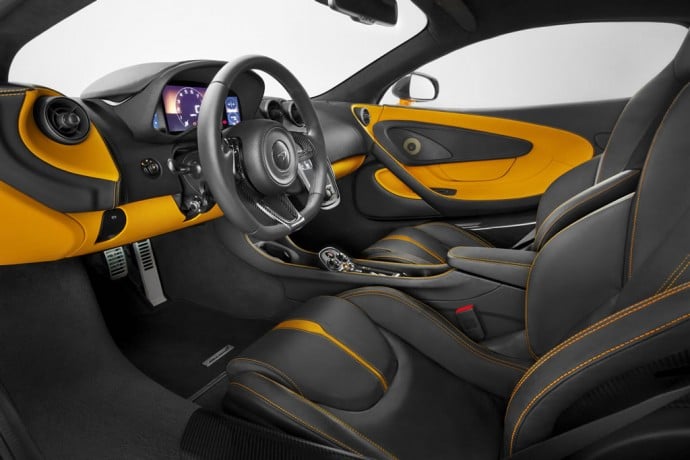 The V8 is mated to a 7-speed SSG dual-clutch gearbox with the power channeled to the rear wheels only. McLaren claims that 30 percent of the engine components have been redesigned. All that power is enough to propel the 570S from a standstill to 62mph in just 3.2 seconds – fast enough to beat a Porsche 911 S by more than a second. It can reach the 124mph mark in 9.5 and hit a top speed of 204 mph. Despite being McLaren’s cheapest and the least powerful model, it’s actually 18mm longer and 187mm wider than a 650S. The company has also carried over the lightweight, ultra-stiff carbon tub construction, ensuring a 1313kg dry weight. It offers Normal, Sport and Track modes, and comprises double wishbones with adaptive dampers. The 570S kicks of McLaren’s ‘Sports Series’ range of cars, with more models to follow along with a droptop version.