McLaren has had a long-standing affair with the racetrack. The auto manufacturer has successfully managed to make a mark for itself in the world of racing, with the likes of legendary drivers Alain Prost and Ayrton Senna driving the MP4 and MP4S. To commemorate its success in racing, McLaren has unveiled a special 650S Can-Am edition. The car has been built in tribute of the Can Ams that ruled American streets in the 60s. Based on the original 650S Spider, the Can-Am edition comes with a carbon fibre retracting roof. The car’s front splitter, airbrake, rear bumper and side blades are also made from carbon fibre. 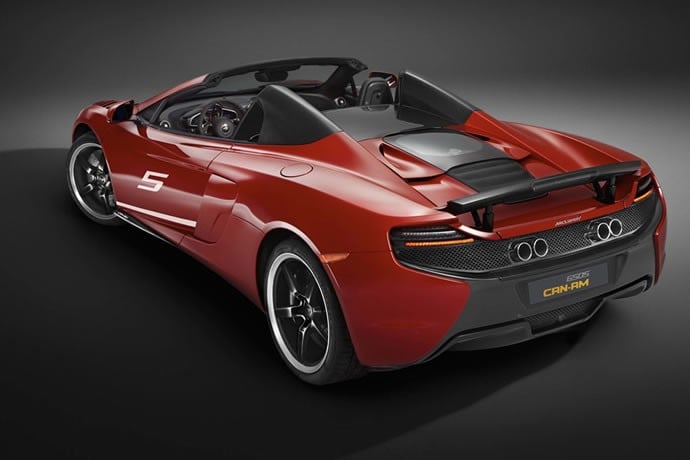 The five spoke alloys team up with Pirelli P Zero Corsa tires. The car itself is draped in an extremely eye-catching red colour, specially developed by McLaren Special Operations (MSO). Under the hood, this one comes with a 3.8-liter V8 engine with 641 horsepower. The car relies heavily on its quad-exit stainless steel exhausts too. Only 50 of these special cars will be built in all. Each of these McLaren 650S Can-Am supercars will come with a price tag of $334,500 in the United States. In a statement, Paul Mackenzie, executive director of McLaren Special Operations said, “Can-Am racing is a major part of McLaren heritage, and this latest model from MSO pays homage to the cars and the racers who played a key role in making the championship such a spectacle during the 1960s and 70s.”