From super cars to super batteries, Daimler is making big waves and aims to take on the competition i.e. Tesla, head on. With the introduction of their own storage batteries designed for personal or industrial usage, the Mercedes-Benz energy storage plants are going to be the solar-power user’s best friend. 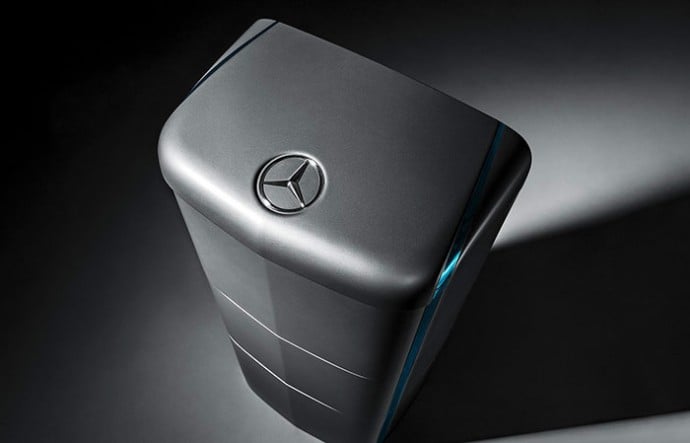 It’s the next step to ensuring we protect the environment as much as possible; these storage plants, which were initially developed for electric cars, have now been upgraded to suit homes and industries that make use of the solar grid to power their various functions. According to Daimler, these Mercedes-Benz branded batteries can be set up using up to eight battery modules with an energy content of 2.5 kWh that can be combined into an energy storage plant with a capacity of 20 kWh, which pretty much translates to quite a bit of backup power to help buffer photovoltaic systems i.e. loads of extra power for your home to run smoothly.

The company is taking on Tesla who has storage batteries in the market. While it doesn’t really matter that the two designs look remarkably similar to each other, what does matter is the fact that they’re slowly but surely moving into a transition towards a more sustainable energy generation and that’s the key factor. More power to Mercedes and Tesla for pushing the technology further.

The Mercedes-Benz energy storage plants for private use are available for pre-order as of now.

Tags from the story
Mercedes-Benz, Tesla