A lot of environmentalists celebrated when Mercedes Benz announced its plans to develop a fully-electric version of its SLS AMG supercar. Now nearly after a year of making this announcement, Mercedes Benz has churned out what it deems the car’s electric version prototype. Dubbed the “SLS AMG E-Cell,” this prototype has done away with the standard SLS AMG’s 571HP 6.3-liter V8 petrol engine and replaced it with four electric motors are placed near the wheels, making the prototype a four-wheel-drive model. The electric motors produce a combined output of 392kW (the equivalent of 526HP) and a maximum torque of 880 Nm / 649 lb-ft. One transmission per axle transmits the power. The electric speedster is estimated to accelerate from zero to 100 km/h (62mph) in just 4.0 seconds.

Electric energy is pumped into the car via a 400-volt, liquid-cooled high-voltage lithium-ion battery pack that can be recharged under braking. The battery modules are located in front of the firewall, in the center tunnel, and behind the seats.
Mercedes Benz reports there is no change in the Gullwing model’s aluminum spaceframe body. The exterior and interior, however, are not spared from a few design and style changes. Most striking of which is the bright “AMG lumilectric Magno” paint job. Besides the paint job, the prototype boasts a unique front apron with an extendable front splitter, color-coded grille trim, revised air vents, a dark finish for the mirrors and wheels, and a new rear diffuser.
The interior features include displays for speed, charge status, and estimated range, and a new touch-screen infotainment system that operates audio, climate, navigation functions and also displays the flow of power from the four electric motors. The seats, steering wheel, door linings, and center console are dressed in a black and white mix of Alcantara and leather.
Although Mercedes Benz is yet to announce when this beauty will go into production, it is rumored that the car will be available in a limited edition around 2013. 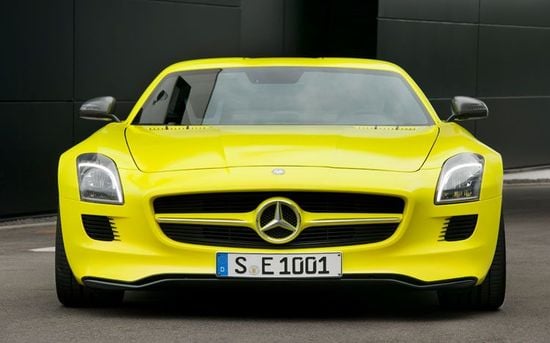 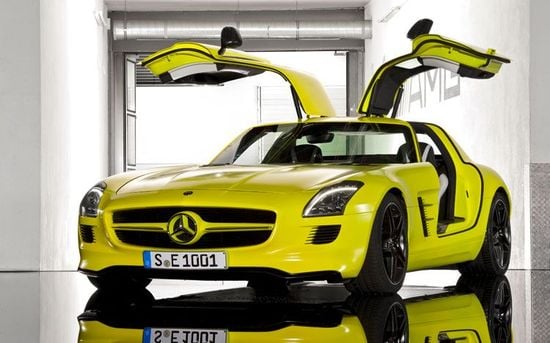 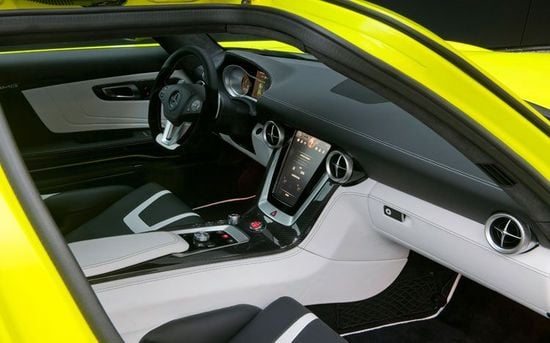 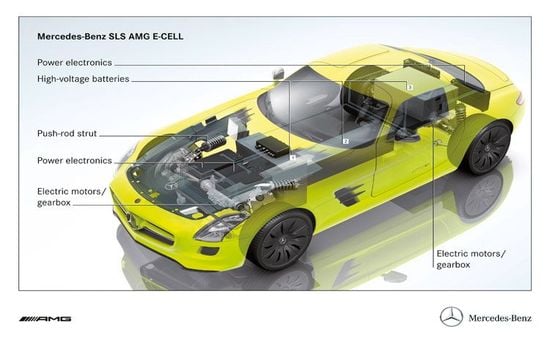 READ:  Mercedes-Benz encases a vintage G-Class in amber to celebrate the launch of new G-Wagen

Seems someone who made a killing in Crypto. A $300,000 Ferrari Tributo…

The world’s most expensive ceramic, a chinese imperial revolving vase sells for…