Oh boy! There is finally something on the cards that will put Batmobile to shame. While hovercrafts up until now seemed like a futuristic vision as they never made it on to our roads, Mercier-Jones has announced its plan of delivering world’s first Supercraft in May of this year. 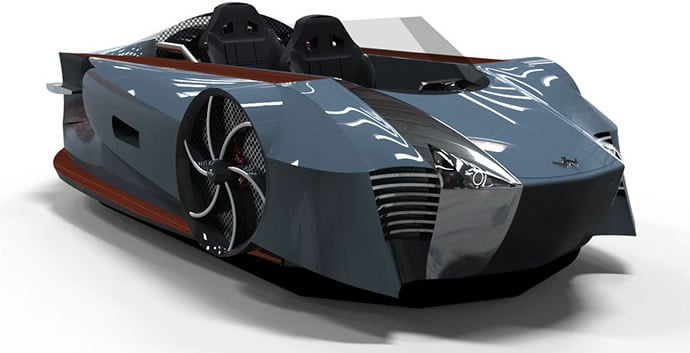 The speedboat-esque hovercraft can travel over land, water and a variety of terrain in between. It will employ state-of-the-art materials and components from the marine, automotive, and aerospace industries but will be marketed as a vehicle that the general public can purchase and enjoy. Though the present day is more or less earth-bound, the Supercraft provides a glimpse into the future of transportation.

READ:  2016 Cadillac CTS-V with 640hp on tap is the most powerful car in the brand's history 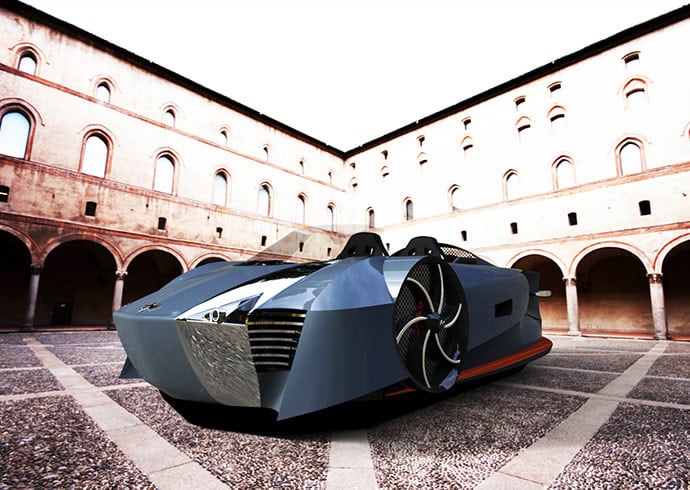 The Mercier-Jones hovercraft design is inspired by elements of some of the finest cars out there – Bugatti Veyron, Maserati Gran Turismo, Audi R8, but yet brings its own distinction as the most advanced amphibious vehicle. It reportedly is a lot easier to maneuver, environmentally friendly and more silent than any other hovercraft of today.

A low profile body, aggressive front end, and powerful side thrust port makes this truly the first modern hovercraft design. Marine features, such as side decks and an open cockpit, blend with the automotive inspiration to embody the versatility and function of the Supercraft.

READ:  BW1 golfcart hovercraft is selling for $58,000 and up for hire at Ohio's golf club too 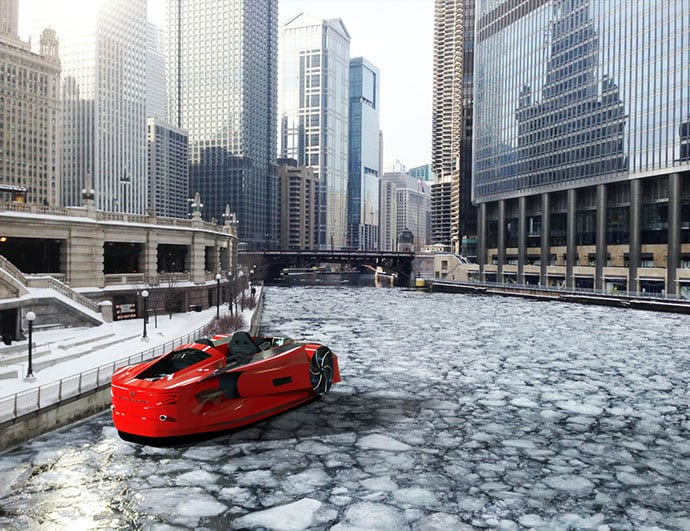 With top speeds estimated at over 80 MPH and acceleration that will rival its supercar cousins, Mercier-Jones hopes to handily beat the hovercraft land-speed record this summer of 56.25 mph and go after the water-speed record of 86.5 mph. Speed freaks will be interested to know that the Supercraft has 250 pounds of thrust and a thrust-to-weight ratio of 0.208 which is slightly better than the supersonic B-2 Stealth Spirit at 0.205.

READ:  The last Koenigsegg Agera R ever made is now on sale for $1.9 Million, $600k more than its original price! 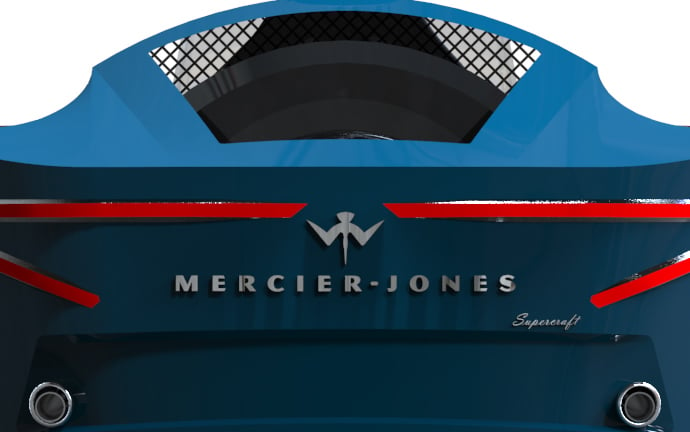 Ten collector’s edition will be available as early as May 15th with 50 more units manufactured by the Chicago based company in October with each of the 2015 Supercraft selling for $75,000.

Tags from the story
Hovercraft