We believe that RVs and Caravans have not received the kind of innovation they should have and most of them which we see on the roads are way too plain and boring. They can be customized in amazing ways to create the most luxurious homes away from home. We recently covered a high-tech caravan made of Carbon Fiber and was priced at almost a million dollars, which we thought was uber-cool until we got to see this one which is quite possibly the coolest recreational vehicle and is worth not million but millions. Built by 61 year old millionaire Bran Ferrencofounder and chief creative officer of Applied Minds, a world-renowned tech and design firm, the heavily customized caravan has been named ‘KiraVan’ after his four-year-old daughter Kira. Bran created the caravan as a gift for his daughter and the duo plan to plan to travel across the United States and eventually the world in the KiraVan. 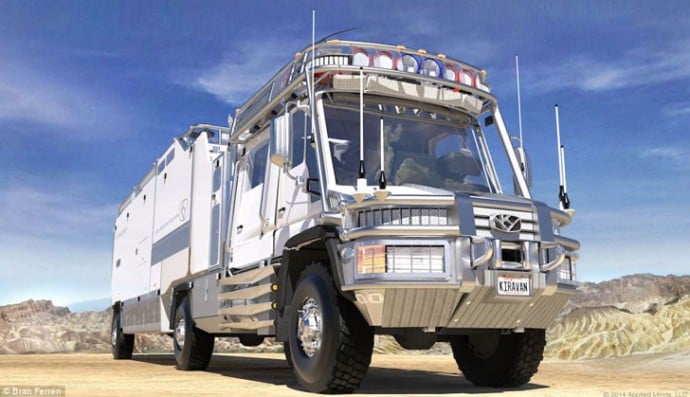 The Californian inventor spent millions to customize the campervan which is built upon an off road truck and decked out the vehicle with all possible creature comforts and systems that can take on the toughest of the terrains without breaking a sweat. The vehicle can drive down mud-swamped roads, and even rock covered roads thanks to Kevlar reinforced tires. The campervan boasts of incredible interiors which include thing like a fully stocked office, kitchen and bedroom, to a popup tent on the roof for the four year old. It has a range of up to 2,000 miles without resupply and the off-roader campervan can navigate on slopes as steep as 45 degrees thanks to a special suspension system. That’s not all; it even has its own drone that can fly out to check the traffic or the terrain ahead and has its own motorcycle. The cockpit of the high-tech campervan looks straight out of a sci-fi flick. Have a look at the photos of the KiraVan; it’s absolutely amazing. 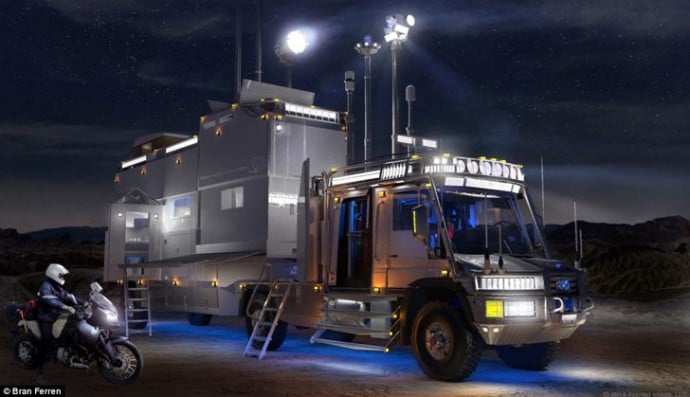 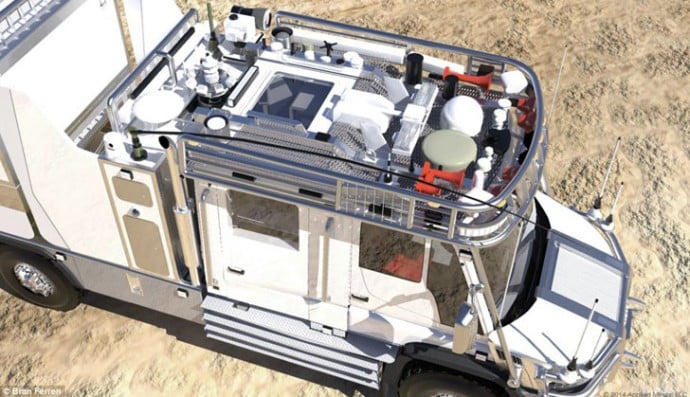 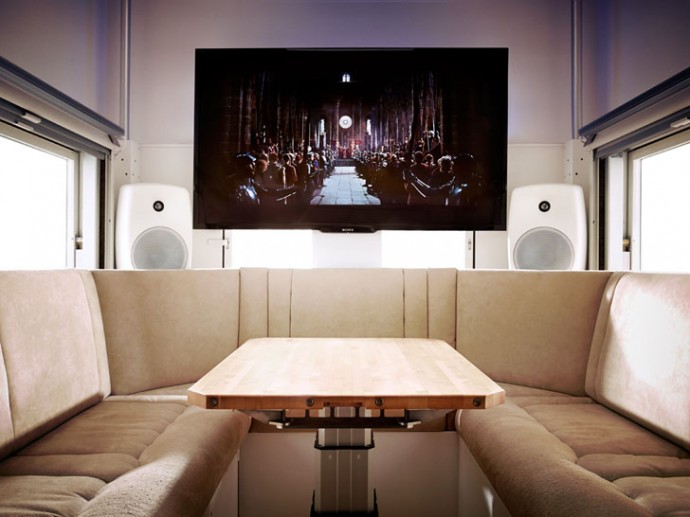 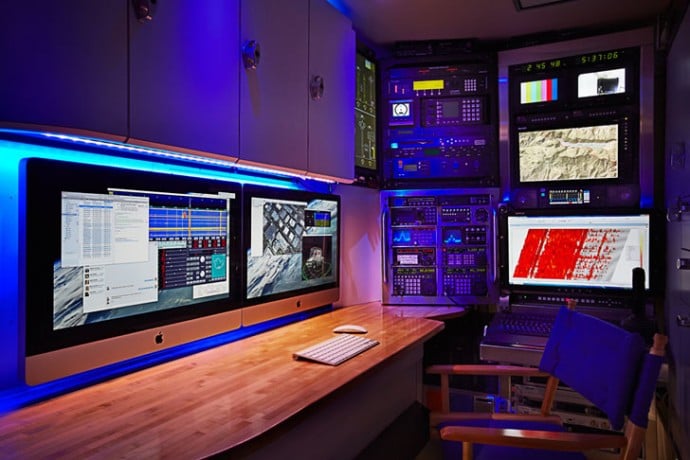