In April we heard big news that Aston Martin had tied up with Quintessence Yachts to deliver a unique, high-speed and high-spirited sea going craft that could revolutionize the industry. At the time, the details on this powerhouse powerboat were sketchy, but the collaboration promised more details soon and “soon” is now. 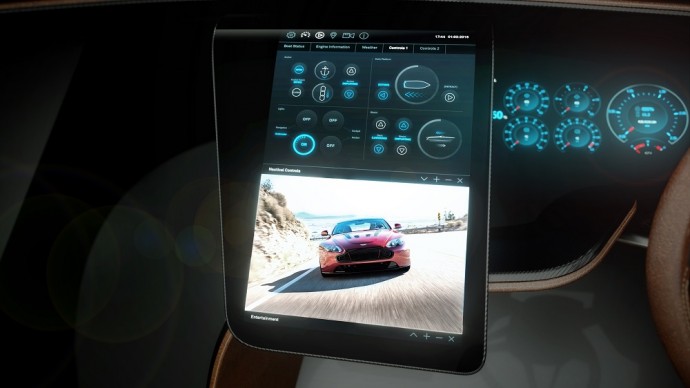 At a highly anticipated event held in dazzling Dubai at the Armani Hotel, the two companies officially presented an eager audience with details on the new features the AM37 powerboat would be loaded with. The crafts unique sliding deck and high-end onboard technology marvels, complete with interactive voice controls for a variety of features, were all discussed. As we mentioned in the earlier post, only a few select individuals were privy to this disclosure of details in Dubai which was held in partnership with the Berkeley Group. 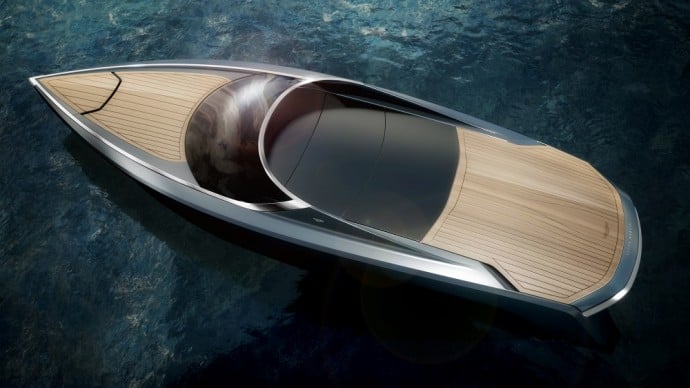 To start off with, the uniquely designed sliding deck will actually allow users to enclose the entire cockpit area when they’re done cruising around. This concept not only enhances the boats security but also keeps the interiors protected from the elements when it’s not in use. The deck consists of three carbon panels which are controlled by an electronic command via the AM37 key. Once the cockpit is open, the aft deck slides back to facilitate access to the dock and allow those onboard to easily dive into the water and open the swimming ladder. The deck can also be raised to give access to the engine room, storage compartments and bimini top. This negates the need to ever “put things away” and simply lock up as you would your car, by shutting the door. 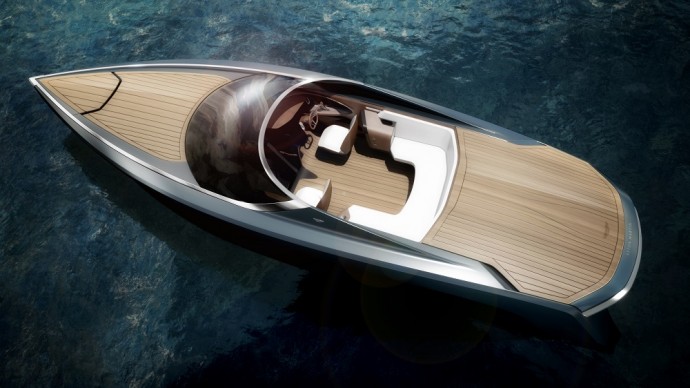 It will undoubtedly be the onboard technology that users would find very enticing; designed to be as user-friendly as possible, the AM37 powerboat incorporates features like air conditioning, a fridge and even an espresso machine, all of which can be activated via remote control well before you get to the boat; even before you walk out the door of your home. The voice control functionality has been incorporated into the onboard systems that control navigation, the control monitor and the entertainment systems that both companies boast of as having ‘advanced multimedia functions’. The AM37 will have a 15 inch HD touchscreen display to manage entertainment and a separate dedicated display to monitoring engine status and navigation, which will make multitasking quite seamless.

This marks the entry of the very first powerboat that will carry the Aston Martin name and the iconic branding featuring the famous ‘wings’ of the company’s logo. Both companies still seem to be baiting consumers by not disclosing too many details at each event, leaving potential consumers with a thirst for what’s next. More details about the Aston Martin and Quintessence Yachts AM37 powerboat, with regards to performance and more innovation in its technology, will be revealed at the next event that’s slated for September of this year so we’ll all just have to be patient.