Bespoke luxury is something of a bad habit. Because, from it stems the desire to seek the next level of extravagance, be it dining, grooming or even commute. The Bentley Mulsanne Grand Limousine by Mulliner comes with this promise of a privately-commissioned build and a number of advantageous specifications that we shall explore. 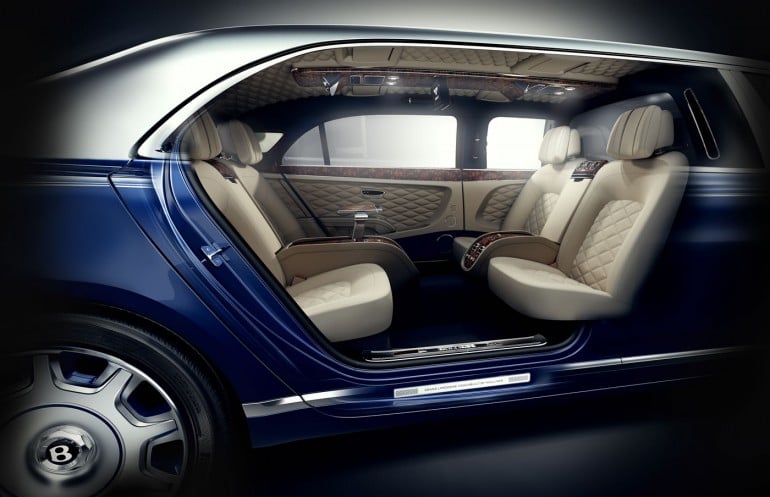 The car showed up at the 2016 Geneva Motor Show today. It comes with a body that is one meter longer than the conventional Mulsanne and nearly 0.8 meter taller. Bentley have employed electrochromic ‘smart’ glass that goes from opaque to transparent at the press of a button. The rear cabin design is inspired by the interiors of a private jet, with seats facing each other. Above the seats is an intricately wood-veneered roof bow. This overlooks the leather-sheathed cabin below. A number of useful features can be found within the cabin including the three dials on the veneer panel that show the temperature outside, UK time and local time. 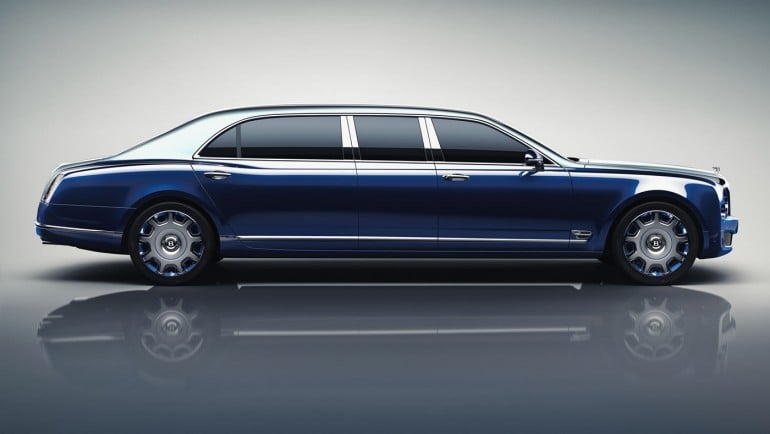 The design of the car has been commissioned to Mulliner, the company’s coach-building and fabrication division. The value added by this can be seen in the new HVAC system that has been exclusively developed and features such as iPad charging, docking stations, veneered fold-out tables, a bottle cooler and soft drink cabinet with bespoke tumblers. The intercom system handles communication between the driver and the coach. 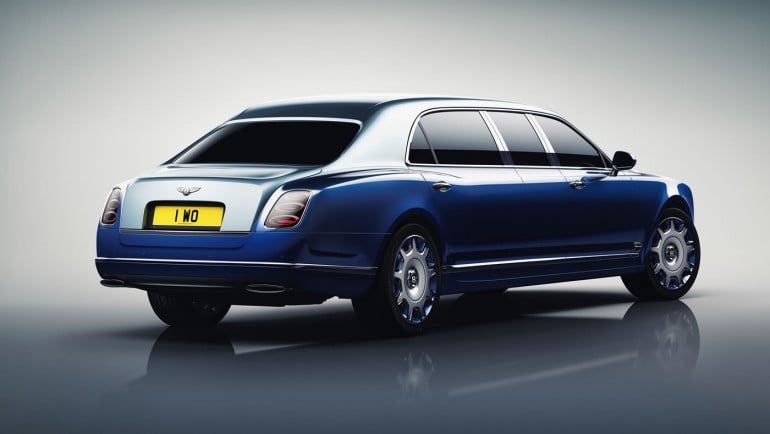 On the outside, the limousine sports a two-tone Silver Frost and Moroccan Blue coat with lines that run across the bonnet to the shoulders of the car. Speaking about the car, Wolfgang Dürheimer, chairman and chief executive of Bentley Motors, said, “The Mulsanne Grand Limousine showcases the exquisite craftsmanship of our in-house coachbuilder, Mulliner and exemplifies the way in which our experts consult with a customer to turn their vision into an extraordinary reality. The attention to detail, quality, creativity and skill applied to every Mulliner commission is truly unique in the automotive world.”