High flyers who wish to indulge in their very own light sport aircraft, MySky Aircraft, Inc., has announced that orders are now being accepted for their new airplane. The all-composite plane features a fighter-style bubble canopy and a side stick control. The aircraft boasts of a cruise speed of 120 knots with a range of 636 nautical miles. The MS-1 Mentor model comes fitted with front panel flight and engine instruments, ELT, nav lights and wing tip strobes while the MS-1 Elite is equipped with the MySky Flight Information Center in both front and back panel, back up analog airspeed and altimeter indicators, magnetic compass, Garmin VHF com with intercom, and GTX-327 encoding transponder. The base price of the MS-1 Mentor model is $124,500 while that of the Elite model is $132,500. The aircraft comes with various upgrade options including Porsche-style leather-and-rosewood interior, AmSafe seat belts with airbags, night flight package, and flight automation options.

MS-1 customers can secure their positions on a first come, first served basis with a refundable deposit of $3000. The first deliveries of the production model are slated for November 2010. 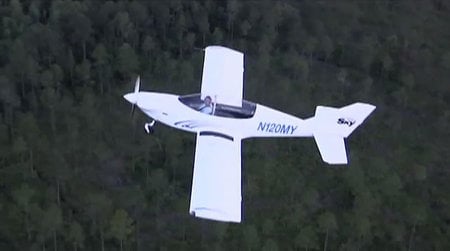