The updated Porsche 911 GT3 RS unveiled last week is the last hurrah of the current generation of the automaker’s rear-engine sports car; and with that out of the way, the German brand is all set to introduce the next-gen 911, which comes out later this year. To build up the excitement before the launch, Porsche has released the first set of official teaser images of the upcoming eighth generation 911 along with giving us a peek into the future of its flagship sports car. The teaser shots feature August Achleitner, chief engineer for the 911 range, along with a 992-gen 911 concealed under camouflaged warp. This gives us the first proper look at the car, which is fitted with two different styles of wheels and hints at a wider body than the current model. Most of the other styling features have been carefully hidden under the swirl patterns of the wrap; but, most of the design updates are evolutionary rather than revolutionary. 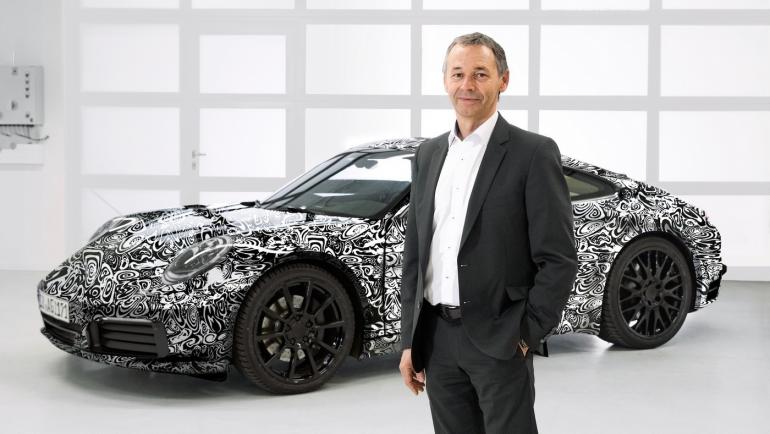 In Porsche’s official press release, Achleitner says that 911’s defining feature, the rear-mounted flat-six engine, is not going anywhere, anytime soon. However, he concedes that an electrified 911 isn’t out of the question for the future. “Two years ago I’d have said no way. Today I wouldn’t categorically rule it out,” Achleitner commented. But he also pointed out that the new 911 won’t be fully electric. It would rather have a 918-esque electric assist working in tandem with the six cylinder gas-powered engine. Porsche is reserving the all-electric cred for the upcoming Mission E super sedan. The engineer dismissed the possibility for the 911 to go down the autonomous driving route. “A 911 will always have a steering wheel,” said Achleitner. “[The] 911 will be one of the last cars to drive autonomously.” If rumors are to be believed, the first versions of the 992, the Carrera 2S and 4S coupes, will be revealed in October at the Paris Motor Show. 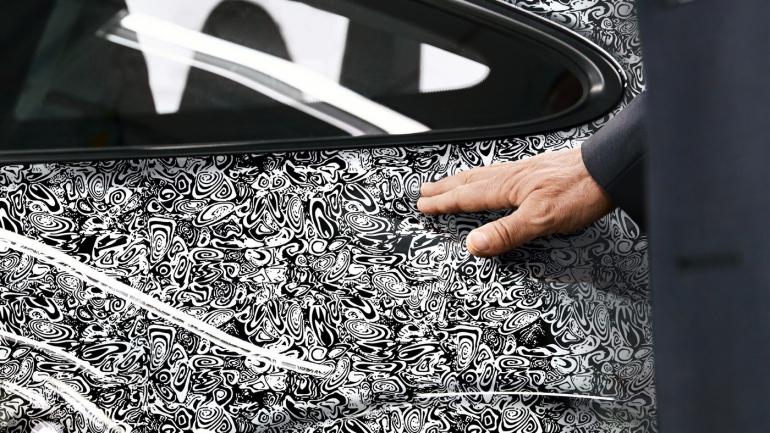