A notorious amount of hood ornaments have been stolen from a number of luxury cars through the years. This was true especially for the Rolls-Royce Spirit of Ecstasy emblem, which could be sure bait for hood-thieves. The incredible and almost ornately crafted emblem stands out on the well-finished hoods of Rolls-Royce cars and its attractiveness once made parking at unmanned areas a sure opportunity for theft. How unfortunate it must have been back then. 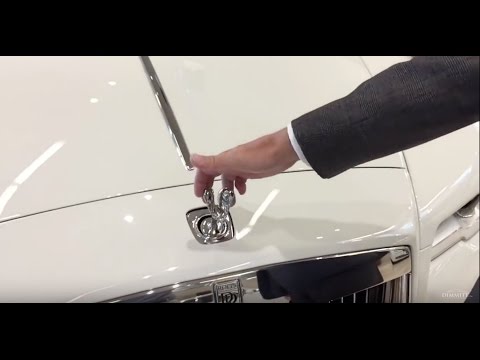 However, this isn’t to be the case anymore. Newer variants of Rolls-Royce cars have a special functionality that makes the ornament a theft-proof treasure. As demonstrated in a video that is going viral, Sales Director for Rolls-Royce Tampa Bay, Mark Powell, demonstrates how the ornament quickly retracts into the hood as soon as it comes in contact with a human hand. It can later emerge when the rightful owner of the car pushes a particular button inside the car to make it so.

Powell revealed that the feature dates back to cars from 2004 and is a sure measure against potential theft. You would need to be incredibly fast to beat the speed of the mechanics. The Flash maybe.