We have seen our share of pink cars, some tasteful, while some are disastrous to say the least. And now it’s the turn for a Pink Pagani Zonda C12 S Roadster to go under the hammer at the 2011 Goodwood Festival Of Speed. While the choice of color is quite a rude shock for the stunning vehicle, it’s even more shocking to learn who owned this baby. The originally yellow-hued car belongs to Mr. Yeo, the founder of a supercar importer based in Singapore, and I am sure he won’t miss this baby; he also owns a Wiesmann GT MF4.

Purchased in 2004, Yeo changed the yellow Pagani Zonda C12 S Roadster to a pink one inspired by the pink Cadillacs that Elvis Presley owned. Upgraded to an ‘F’ specification, the car features a 7.3-liter V-12 engine that runs on to 620 horsepower and 560 pound-feet of torque. The car can hit speeds of 0-60 mph in 3.6 seconds with a top speed of 214 mph. The car also features a leather-covered dashboard, carbon-fiber engine cover and rear diffuser, and a right-hand-drive configuration. The car is estimated under $407,000. 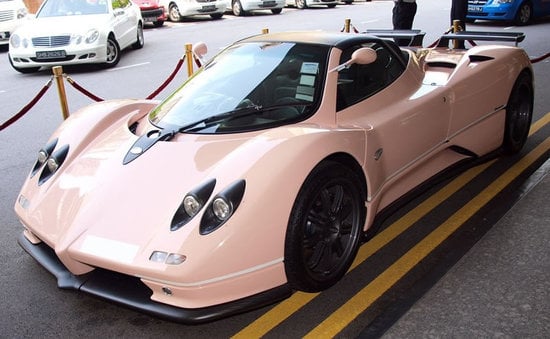 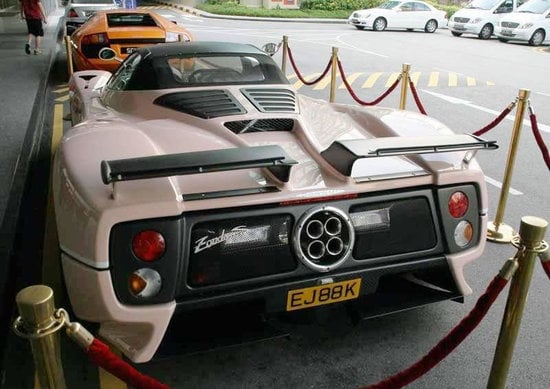 Tags from the story
Pagani-Zonda, Pink