Porsche’s iconic sports car 911 is celebrating its 50th anniversary this year. Moreover, the German automaker is acknowledging the mark of 5 million fans on Facebook. After releasing a special Facebook edition Porsche 911 GT3 R and etching faces of 2 million Facebook fans on Cayman S, Porsche is now giving it’s social networking fans an opportunity, to collaborate and build a very special 911 Carrera 4S. As the automaker hit a 5 million milestone, the company has launched an interactive Facebook application, where fans can vote on different features of a 911 Carrera 4S, for five weeks. Porsche fans can vote for their preferred characteristic and the highest voted feature will be adapted in the car. Later, Porsche will produce this fan designed custom-911 car.

Last week, Aqua Blue exterior received the most votes, and this week you can vote for your favorite wheel type, according to the choices given by the company. Porsche has not revealed the next three customization options, but you can access it on Facebook every week with its related countdown. Celebrate and customize the 911 Carrera 4S. 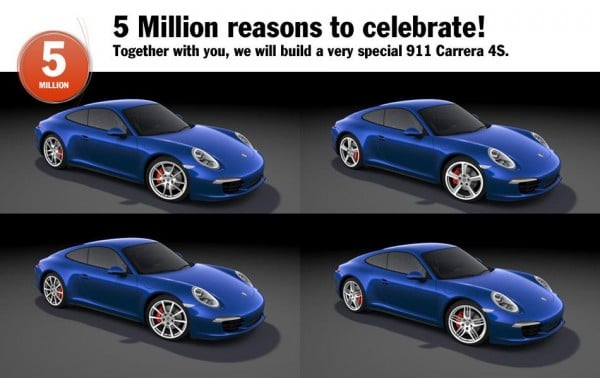 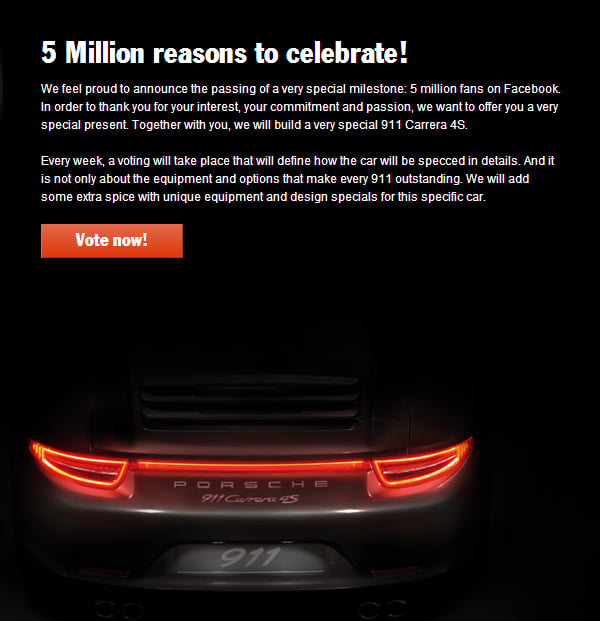