A couple of months back when the Lamborghini Huracan Performante displaced the Porsche 918 to become the fastest road-legal car to lap the Nurburgring, not only did it leave everyone in shock but also convinced a big group of people that the Italian marque faked it. After all, a non-flagship supercar had toppled a top-of-the-line hypercar by setting an unbelievably fast lap time of 6 minutes 52 seconds. But Lamborghini’s dominance was short-lived as Porsche has snatched back the title using a track-focused version of its sportscar rather than a hypercar. The German brand’s fastest and most powerful 911 variant, the latest-generation GT2 RS road racer, has obliterated the record by setting a lap time of 6:47.03 – an improvement of almost 5 seconds. 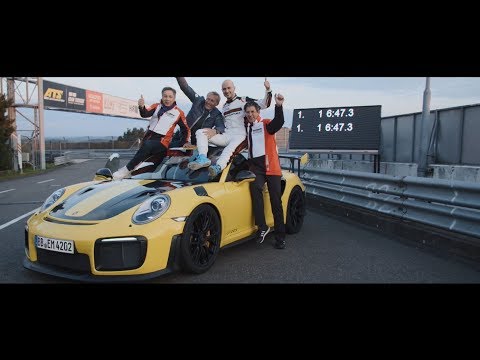 Porsche test driver and part-time racer, Lars Kern, set the record-beating time. In fact, Porsche claims that the car was immediately a record-holder at the ‘Ring, with Lars Kern and Nick Tandy breaking the 6:52.01 lap record their first time around in the car. The performance achieved by Kern also makes the 911 GT2 RS about 10 seconds quicker than the 918 Spyder. Porsche hasn’t officially said how many units of the 911 GT2 RS it will make, but it is believed that 1000 units will be made with a base price of $293,200.