Finally, we managed to get our hands on the first batch of official images of the interior of the new Panamera, which from the looks of it is much easier on the eyes and also features the first actual usable rear seats ever in a Porsche car (excluding the Cayenne of course) The interiors show off a two-tone color scheme and the center console featuring an array of switches similar to one of Nokia’s high end-Vertu phones. The steering wheel features thumb switches that allow the driver to manually select the seven-speed PDK dual-clutch gearbox ratio. A large navigation screen flanks the center of the instrument panel, and two more are occupied at the back to entertain the backseat passengers. The back seat accommodations, although less flexible, appear to be just as capable as the front seats.

The Panamera will be launched in Germany on September 12 with a six speed manual, 4.8 liter S model for a price of $130,000 (Including VAT) If you could hold your reins for a month, you could have the Panamera in the US for a more digestible $89,800 for the rear drive 4.8 S. Only normally aspirated and turbocharged V8’s will be available at the launch. But as time passes by, you could add hardware and more options for the which you could add a few extra grand. A V6v hybrid and possibly a diesel-powered one as well, will arrive later in 2011-12. 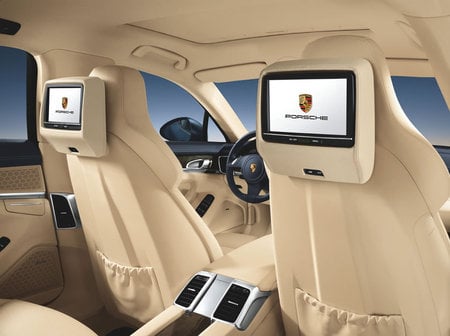 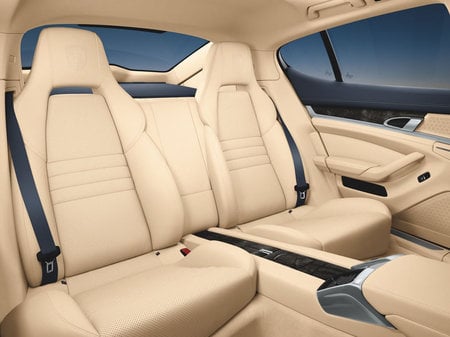 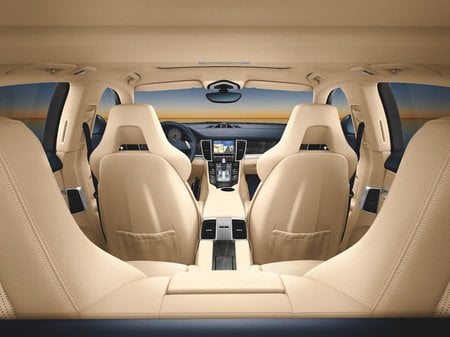 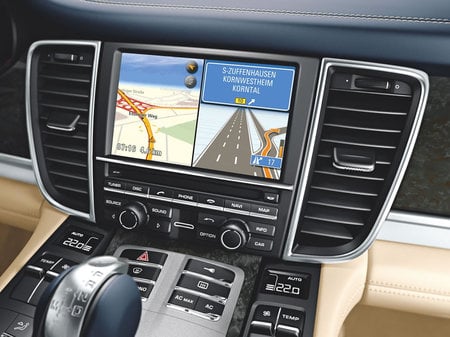 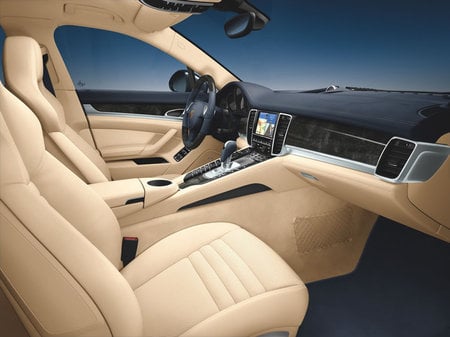 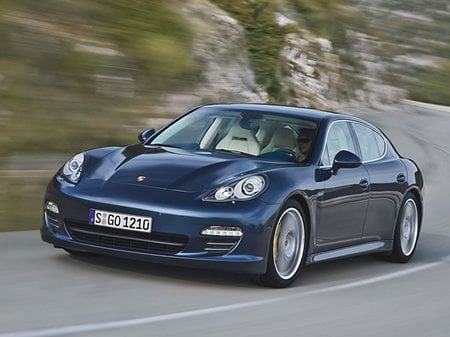