Qatar Airways, the Doha-based carrier that has a founding history of more than 15 years, has bagged the title of Airline of the Year 2012 for the second consecutive year, in addition to being medaled for the Best Airline Staff Service in the Middle East for the seventh consecutive year and the Best Airline Staff Service award in the Middle East. The award ceremony conducted at the Farnborough Air Show was attended by figures from the global aviation industry. The Skytrax awards that was conducted by the global aviation research organization, polled over 18 million business and leisure air travelers from more than 100 countries. The survey entailed interviewing air travelers during a 10-month period by telephone, questionnaires and online about their experiences with airlines on the ground and in the air.

The passenger satisfaction was the key gauging factor and the survey measured the same across more than 38 key performance indicators of airline front-line product service, including check-in, boarding, onboard seat comfort, cabin cleanliness, food, beverages, in-flight entertainment and staff service. QatarAirways is also planning on expanding its business by launching services to a diverse portfolio of routes. 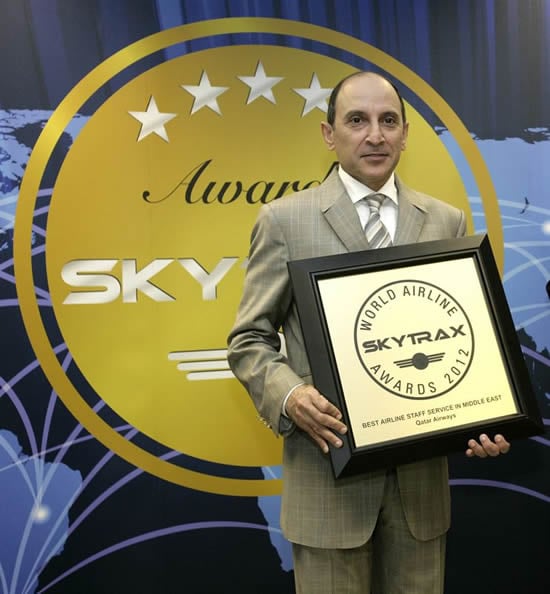 READ:  Luxury yacht concept 'SALT' is designed to give an unobstructed view of the surroundings

Move over Jeff Bezos. Elon Musk is now the richest person on this planet

Super Paranoid about the Coronavirus, this Indonesian socialite booked an entire flight so that he and his wife could travel alone