Growing up any boys childhood would be incomplete if he did not have the poster of a shiny red Ferrari in his bedroom. And it is not just kids, the appeal of a Ferrari transcends age when one of these Italian masterpieces passes on the road you have to take notice. The 70-year-old brand has a very rich history, Felippe shares some interesting tidbits about the brand.

I will offer some thoughts randomly, both important and trivial items: 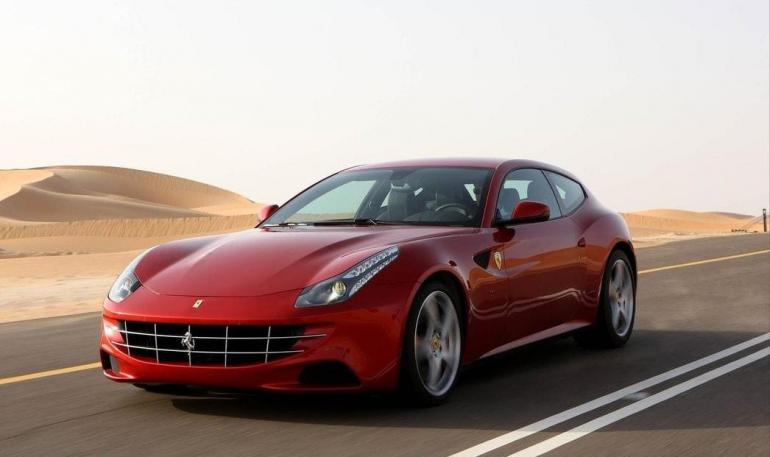 – Ferrari has never offered a 2 seater car in AWD/4WD – unlike rivals Lamborghini, Porsche, etc. every street and racing Ferrari has been RWD. AWD was introduced in the Ferrari FF four-seater and continued onto their GTC/4 Lusso. Ferrari utilizes sophisticated traction control systems to ensure the level of safety that others typically use AWD for.

– Ferrari has never made an SUV and most likely intends to never make one. Again, unlike their rivals, Lamborghini, Maserati, Porsche, Bentley who all have made an SUV, Ferrari sticks to their “racing car” raison d’etre, faithfully going into year 70 now. Ferrari will not even make a 4 door sedan, relegating it to corporate brother Maserati and their Quattroporte/Ghibli.

– The Scuderia Ferrari badge you see on Ferrari racing cars and many of their street racing cars represent the “horse stable” (racing team) of Ferrari. What many do not know is that Enzo Ferrari himself prior to establishing the Ferrari S.p.A. in 1947 and racing under that brand, had raced Alfa Romeo cars with this badge. One example of this is the 1935 Alfa Romeo Bimotore. 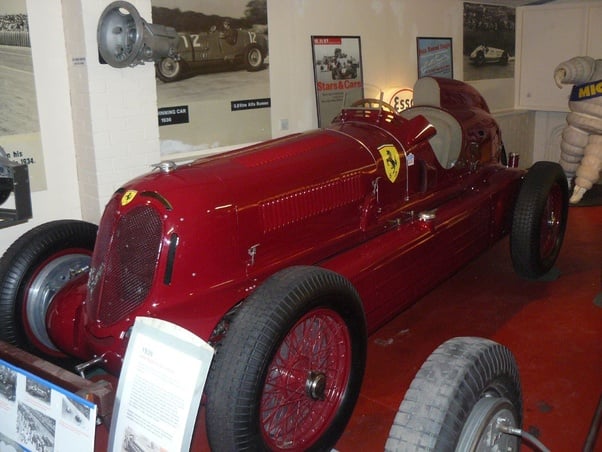 – Ferrari is the only automotive manufacturer to own its own dedicated race track for testing. The Pista di Fiorano (“Fiorano” for short), is a 1.86-mile track where each corner is designed specifically to test certain aspects of the vehicles chassis, braking, road-holding capabilities, etc. Also, it is useful to simulate corners from numerous Formula One Grand Prix tracks around the world. The track is utilized both for Formula One racing cars, privateer racing cars (i.e. FXX-K), as well as the development of all streetcars.

Whereas many other manufacturers have come to resort to the Nurburgring Nordschleife circuit in Germany for testing and development, Ferrari primarily does their development on this track.

– Ferrari’s original mission was to simply build race cars. The street cars were only there to “finance” the racing division. Over time, the streetcars began to take on their own identity and importance and eventually overshadow the race cars for recognizability. Now it would be hard for many to reconcile a world without Ferrari street cars, but the old man himself Enzo Ferrari supposedly had an almost disdain for their necessary evil.

– As such, one of the major items of what makes a Ferrari special is their utilization of race technology in their streetcars. Often in the old days, this was merely using race engines as the platform for streetcar motors, whether it was the vintage V12s or the turbo era F1 cars of the 1980s. A lot of downforce engineering learned in F1 had started to be applied in the mid-1990s to the modern-day. 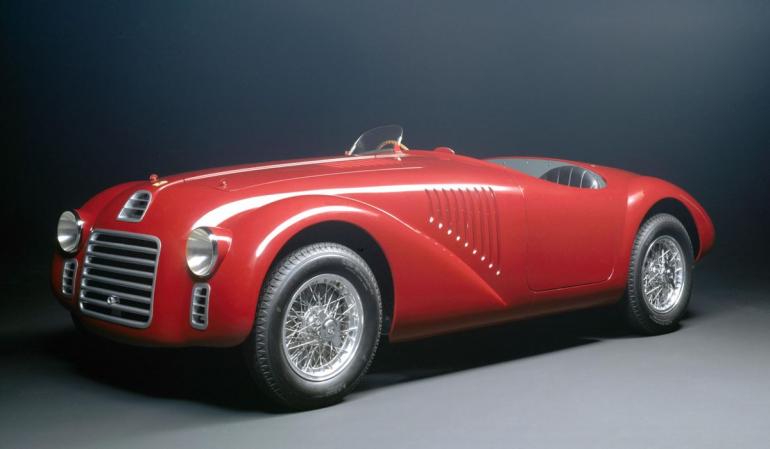 – Ferrari was all about the V12 engine. It had the sophistication and panache for his cars while exhibiting great performance and sound. For the longest time, he never intended on making any other kind of motor. His son Alfredo “Dino” died at the young age of 24 of muscular dystrophy. He had been working on a V6 engine design for the race cars, and after he died Ferrari built the Dino 206S race car honoring his work. Eventually, Ferrari would build the 206/246 cars under the Dino marque, which led to the V8 powered 308 GT/4 Dino. From 1947 to 1968, all Ferrari road cars were V12 powered, and because of this Ferrari utilized a different brand name for their non V12 cars. This changed in the late 1970s when Ferrari was struggling to sell these cars in a tough market hampered by the oil crisis, so the Dino marque died then.

But to this day there are purists who feel that a Ferrari isn’t a Ferrari unless it has a V12 motor.

– Ferrari is the newest of all Italian automotive marques save for Lamborghini and Pagani. Alfa Romeo, FIAT, Lancia, Maserati, Bugatti (if it is technically an Italian company) are all older than Ferrari, by at least 30+ years. While much is said about Ferrari and it is talked about with such reverence, it is not the oldest Italian marque.

– Speaking of Lamborghini and Pagani, Ferrari by most accounts is a major factor in their creation. According to legend, Lamborghini was created when Ferruccio Lamborghini was dissatisfied with a personal Ferrari road car he owned (250 GTE 2+2), supposedly with its clutch. Pictured here at the Lamborghini Museum: 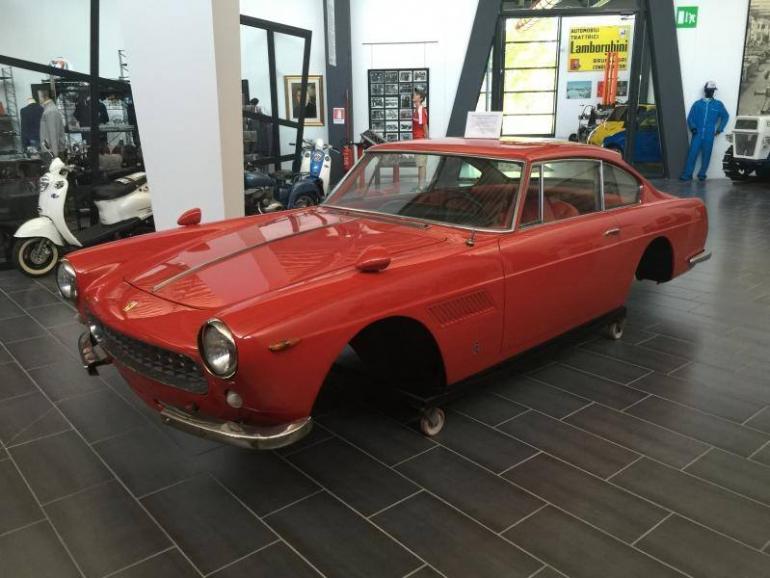 – So, Lamborghini upon meeting Enzo Ferrari was rebuffed to an extent that he created his own car company out of spite. “Stick to making tractors, I’ll stick to making cars” is often the story you hear told. It is a formidable and important car company in its own right who without this altercation would probably never have been started.

Horacio Pagani was a former Lamborghini employee who decided to start his own car company in 1992 and became famous for making hypercars starting in 1999 with the Zonda C12. 18 years later, Pagani is still alive and well. His company is one degree removed from being “encouraged” by Ferrari.

– Ferrari is the most successful car company at creating hype/demand/exclusivity. They have taken their race program and built a huge panache from it which Lamborghini, Porsche, McLaren have not been able to achieve at the same level. If all four of these cars looked, sounded and drove relatively the same, the Ferrari would often be considered the most desirable. It’s just how it is, and the dealership network has been able to control supply/demand better than its competitors. Nobody in the automotive industry has built as strong an identity as Ferrari.

– Ferrari has lent their hand in helping their corporate brothers. Initially, in the early 2000s, Ferrari owned Maserati directly and lent a hand with their motors and engineering support. Despite Maserati rescinding under the FIAT umbrella, they still have ties to Ferrari engineering. Ferrari also lent a hand with the motor and suspension design for the Alfa Romeo Giulia Quadrifoglio sports sedan; in some ways, this car can be considered a Ferrari sports sedan. Due to branding reasons, Ferrari could never sell sedans or luxury cars in the sub $200,000 price bracket but via the FIAT empire Ferrari can influence the final product with these other cars.

– Despite the criticisms levied over the years (i.e. lacking performance in the late ‘90s/early ‘00s, styling since the early ‘00s,), the one constant that cannot be denied over essentially the entire 70 year run of cars is that they all sound from very good to amazing, never a bad sounding car. Even the V6 of the Dino and the V6 motor of the Alfa Romeo Giulia Quadrifoglio both sound very good, much better than a typical V6 motor sounds. When one thinks of Ferrari, the engine sound is almost always the most consistent quality the car manufacturer provides, and that can’t be said of most other brands. 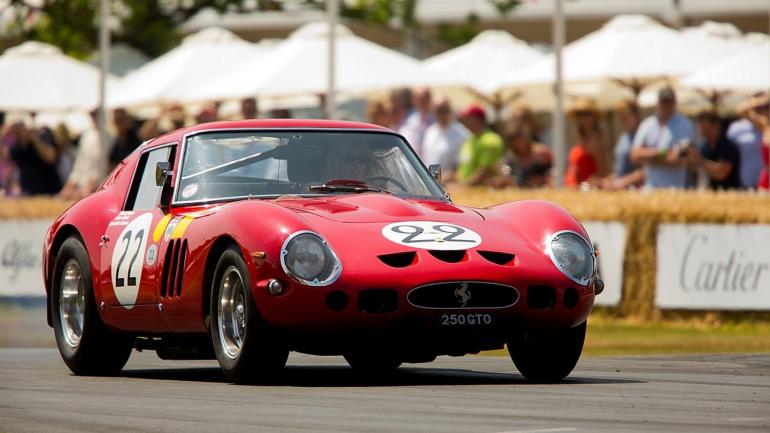 – Lastly, despite such reverence and exclusivity, Ferrari has produced a ton of different models and variants within these models, in their 70-year history. Whereas an extreme Porsche or Lamborghini enthusiast could recite all of the models in that company’s history, a Ferrari enthusiast has a major challenge just naming all of the cars from 1947 up to the early 1970s, let alone all of those cars and the ones produced since the early ‘70s. The generic model names of 250, 275, 330, 365 alone have numerous variants both street and race (and sometimes blurred), along with your random 166s, 212s, 400 SuperAmericas, 500 Superfasts built by different coachbuilders. It’s a lot to keep up with and yet it never once tarnished the image of the car company.

That is also not to mention the handful of one-off cars built for wealthy and distinct clients. Ferrari for the right person and price has and will build you variations of cars that exist in their lineup with revised bodywork and paint jobs, but rarely if ever any substantive changes to the chassis/motor/suspension/etc.

Just a few things that are interesting with Ferrari.

Tags from the story
Ferrari, Quora