Ralph Lauren is known for his enviable collection of cars. The latest beauty to join his fleet is none other than a Bugatti Veyron Super Sport. Yes, according to rumors, Ralph Lauren could be one of the lucky few to own the Super Sport World Record Edition cars. The car was delivered to Ralph at his holiday home in Colorado after last year’s Pebble Beach event.

Lauren’s Veyron is reportedly ordered with custom specs that include three different body colors—the black carbon fiber, the matt black side vents, and the orange accents. For the car to be one of the World Record Editions, the matt black sections and the black wheels should be orange. This has set tongues wagging, and most people are even assuming that this is a sixth edition of the famed supercar of which only five examples were made.
If this car is indeed a World Edition Super Sport, then Ralph Lauren is now the second person in the USA to own this beauty. Guess we will have to wait for Ralph to confirm this news.
[GT Spirit] 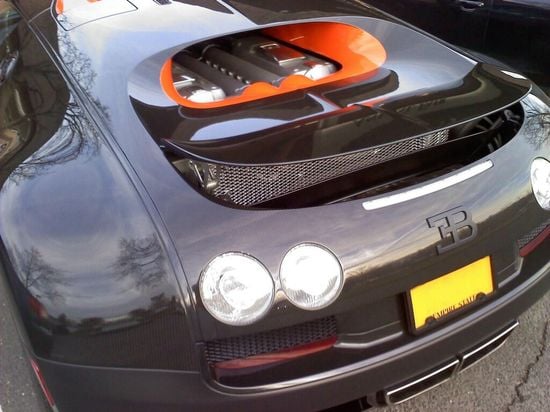