Ever since the Hindenburg went down, people have not wanted to fly this way. Something about dying in a fire always scares people. I wonder why! Anyhow, 70 years later, the Zeppelin has risen from the ashes of Hindenburg (no pun intended) and is today the world’s largest airship. The Zeppelin NT touring ship launched this past weekend in Munich is as long as a Boeing 747, but only carries 12 passengers in its cabin at a time so you never feel cramped. Unlike a plane, it has big picture windows, along with all the amenities.

With an ultra-light, carbon-fiber frame, the airship is agile enough to swoop over cities, and nimble enough to provide the most exhilarating tour of Deutschland this side of the Autobahn. Low on noise and lower on emissions, the aerial cruiser glides you over the medieval walls, rolling plains and modern cities of Germany at a prime viewing altitude of 1,000 feet. Various vacation packages are available, and there are plans to establish a similar service in other cities (some buzz around San Francisco and London) as well. 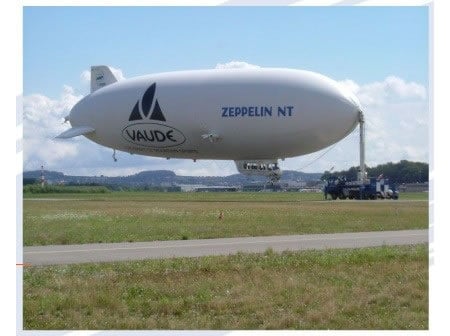 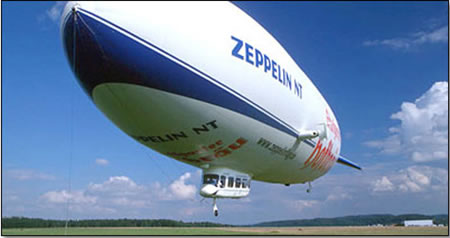 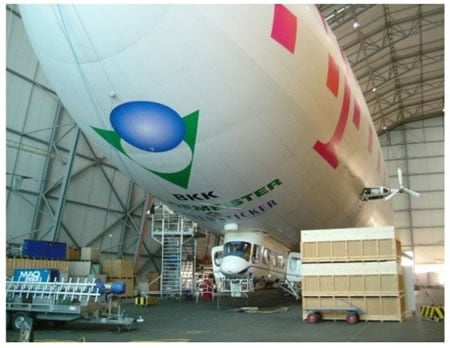 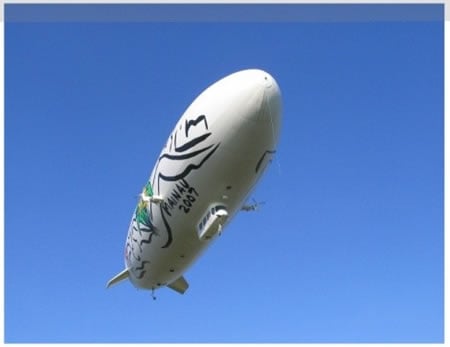 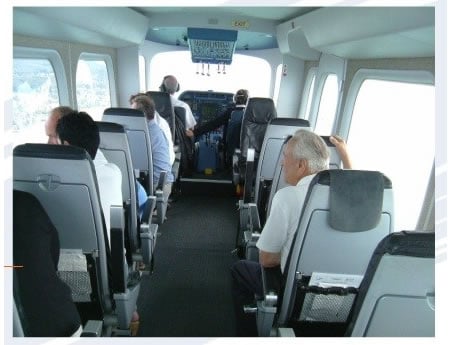 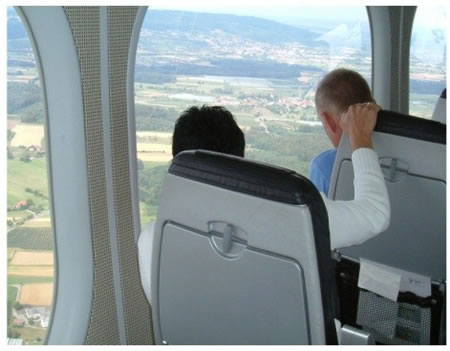