In 2016, Rolls-Royce unveiled luxurious feet of Black Badge models which were marketed as a “permanent bespoke series of motor cars”. Since then, the royal edition has been celebrated on several occasions with the latest in the revelry being an exclusive video featuring Viktoria Modesta wearing a prosthetic with a Tesla coil inside the heel.


A true embodiment of the Black Badge spirit, the short film showcases unconventional beauty at best with Modesta strutting around confidently in an elegant prosthetic leg. The artificial limb encapsulates positive perception and is created by Joe DiPrima at ArcAttack, the Alternative Limb Project and the Rolls-Royce Bespoke Collective of craftspeople who specially put it together for Modesta’s Bionic performance par excellence. As seen in the video, the limb activates under pressure and gives out sparks that can be seen through its transparent shin.

Commenting on the film, Modesta said, There are many parallels between the Black Badge philosophy and my work, chiefly maximizing your potential and becoming a hyper version of yourself,” She further added, “I really wanted to capture the Black Badge attitude and fierce spirit, by embodying that through body art, it felt totally wild. Pushing the boundaries to the extreme we explored the allure of a darker, bolder expression, a place where your senses are heightened, where you are the bravest and most free.” Viktoria also tells all about the experience in the video below. Earlier in the year, Rolls-Royce also hosted a stunning photo-exhibition of its Black Badge cars in Tokyo. 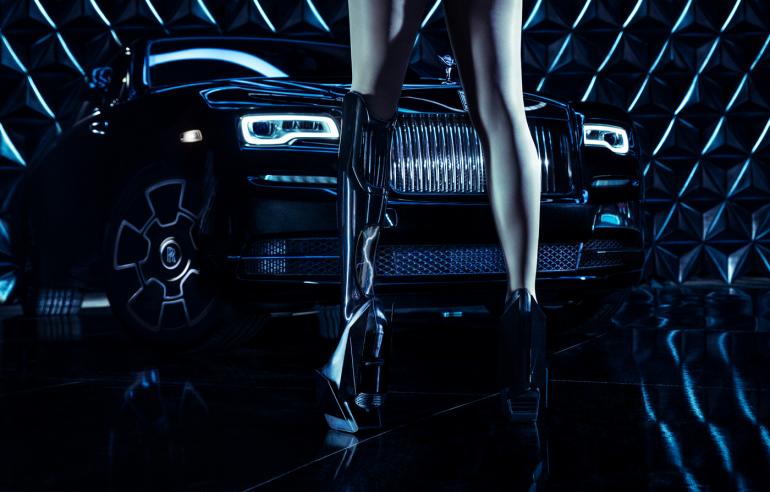