In its 108-year history, Rolls Royce has grown from strength to strength, with the last decade being perhaps the most prosperous in its long history. The Phantom launched in 2003 redefined luxury and the Ghost, revived in 2009 exuded an effortless dynamism. The latest Rolls Royce to be reinvented is the 1938 Wraith; the Wraith was the preferred car of Rolls Royce Forefather Charles Stewart Rolls. The 2013 version promises to reflect the same spirit of adventure embodied in Charles Rolls’ car. The Wraith will be unveiled at the Geneva Motor Show on the 5th of March 2013, with deliveries to customers expected to be during the fourth quarter of 2013. CEO of Rolls-Royce Motor Cars, Torsten Müller-Ötvös, said that customers could expect “…a car not only defined by timeless elegance, but one that encapsulates a sense of power, style, and drama.”

The Wraith will reaffirm Rolls Royce’s standing as the pinnacle of luxury. The name Wraith was used because when you encounter a wraith, your world stands still, and there is no way to contain its incredible power, thus making it ideal for the dynamic new Rolls Royce. The weeks leading up to the big reveal in Geneva will see several teasers released on the 12th, 19th, and 26th of February.

READ:  Pininfarina's Rolls-Royce Hyperion one-off creation is up for sale in Abu Dhabi 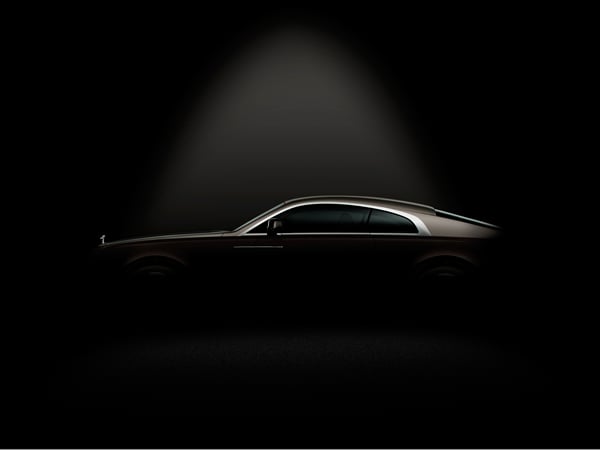