Gold plated cars are becoming more common, prompting suggestions that maybe this need for bling goes beyond that occasional need to show off one’s wealth. Whatever the reasons, this bling thing is a new trend of sorts among the wealthy who can afford to repaint their cars with this gilded tinge. Since bling is in no way my thing, especially when it comes to cars, I am completely against these golden makeovers. Just when I thought nothing gets worse than painting your car golden, I came across this BMW X5M. Going one step further than the cars that flash gilded body paints and plates, this car has been the golden touch with a golden sticker layer! Yes, the car spotted in Russia is completely covered with a golden sticker layer. Wonder what the owner was thinking when he thought of converting his sleek black BMW X5M into this tacky disaster.

Sure to get the owner a lot of attention, this tacky gold sticker wrapped BMW is one car we definitely would not like to see often. 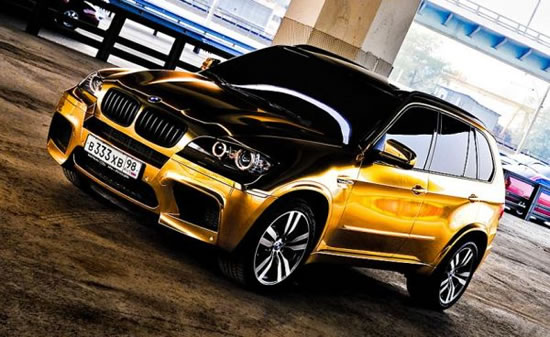 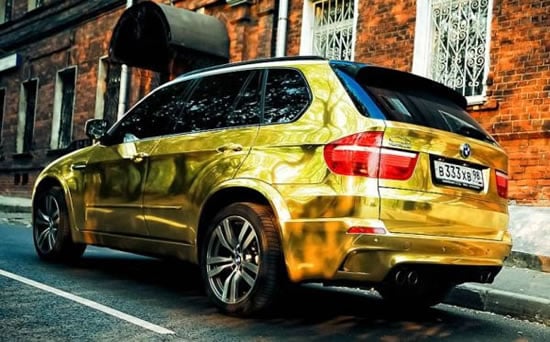 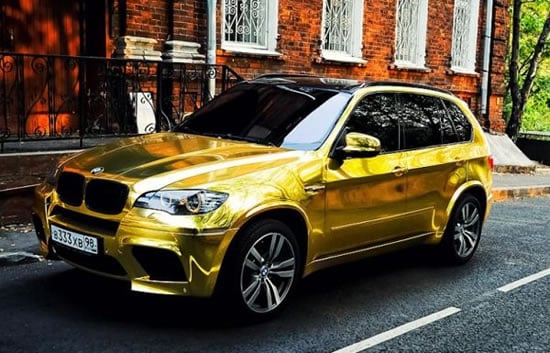 Tags from the story
BMW, Gold-Plated