Saddam Hussein back in news…..this time for his yacht. Estimated at $35 million, the 269-foot Ocean Breeze was believed to be built for the dictator. He had apparently christened this vessel as “Qadisiyah Saddam.” It reportedly remained at Jiddah until last fall, when it showed up in Nice with a new name, “Ocean Breeze,” embossed on its streamlined white hulk. Even as the name of this yacht has been changed, the speculation over its present owner is the precise reason for it coming in the limelight now. The Iraqi government is in a feud with French firms over its ownership issues. The posh yacht brokerage firm Nigel Burgess says other owners, whom it will not name, have asked it to sell the vessel. It features bulletproof windows, a missile-launching system — disarmed — and a secret passage leading to a mini-submarine for escape if the vessel comes under attack. It was unclear whether the mini-submarine is still part of the yacht. For the glamorous features, an opulent Middle East-style decor in blue and gold hues adorn10 rooms, several salons with large-screen TVs, pools, saunas, gold plumbing fixtures, a prayer room, and a portable helicopter pad.

At present this palatial pleasure yacht with swimming pools, opulent salons, a rocket launcher and mini-submarine sways majestically in the port of Nice. $35 million for this luxury is a throw away price. 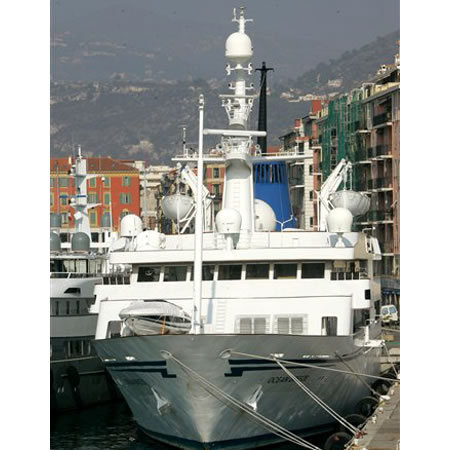 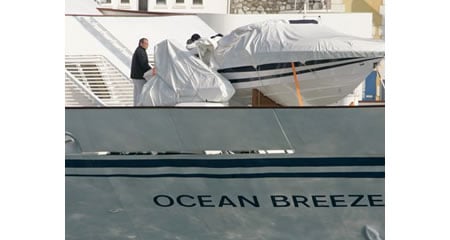 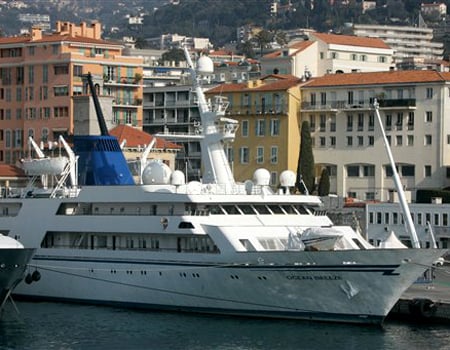 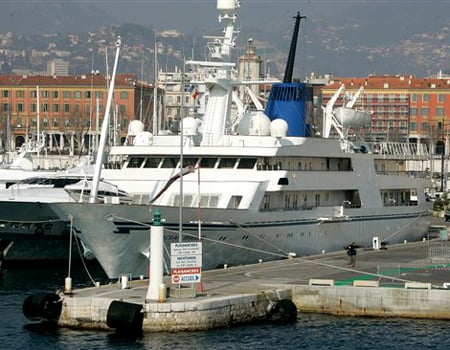