Super yachts and mega yachts have become the trademark of the elite. If you fall into the millionaire category, you are expected to own at least one superyacht. But these large yachts rarely meet up to your adventurous needs. For that ultimate water adventure, you need a toy that is not just small but fast and furious as well. So if you are one of those poor rich adventure freaks who are dying to step into something more thrilling than the luxurious yachts, the Seabreacher X is just for you. Touted to be the rich’s ultimate toy, the Seabreacher X is a two-seater boat that can reach speeds of 50 mph on water and 25 mph after diving below the surface (although it is not exactly a submarine). Driving like a high-powered jet ski, the snorkel supplies air to the 260hp supercharged engine of this boat that resembles a great white shark. The part jet-ski, the part boat, is definitely the ultimate toy for adventure freaks as it lets you seek the thrills of speed on the surface of the water and then give you the ultimate thrills as it flies up to 12 feet through the air before diving through the waves.

When the Seabreacher X makes a splash on the surface from the depths, it launches powerfully onto the surface, mimicking aquatic animals’ movement like sharks or dolphins. The boat’s drag boat style design combined with the gaping jaws manages to gives this boat one mean look. This boat is equipped with high-tech features, including a snorkel mounted video camera that can transmit live video to LCD screens for the pilot and passenger during dives, GPS navigation, and onboard stereo with iPod docking sure to become the ultimate toy of the rich.
The Seabreacher X takes three months to build and costs £60,000 ($93,380)! Reportedly, the Seabreacher has already become a favorite toy of the millionaires in the Middle East. The company plans to build 10 of this particular shark-like design model with two already pre-sold. So if you are interested, you had better hurry right away. 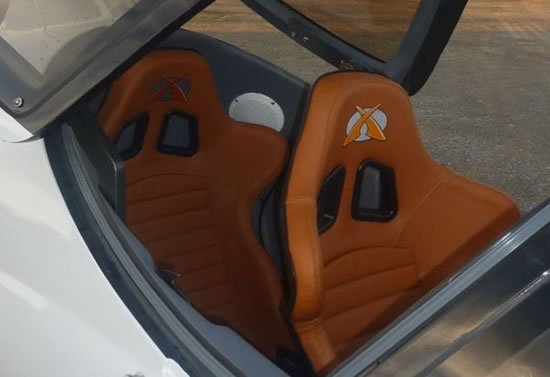 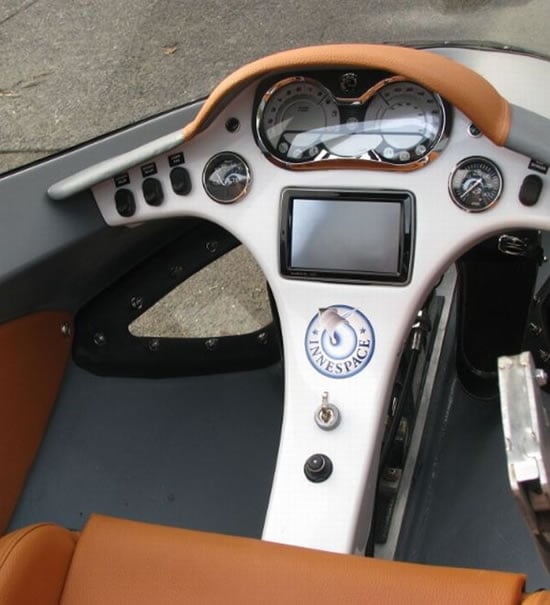