Simon Whitlock, the famous motorcycling madman, has taken the motorcycling world by surprise by creating an unbelievable 48-cylinder Kawasaki bike. This insane bike is made from a series of engines pulled from Kawasaki S1/KH250’s and boasts of a total displacement of 4200 cubic centimeters and has six inline-eight engines. All these inline-eight engines come with their own crankshaft and are tied together with gears and run through a BMW transmission. The engine uses six Jaguar E-Type distributors while a 75 cc pony motor sits under the seat as a starter.

This insane bike is definitely beyond every bike enthusiast’s wildest imagination. 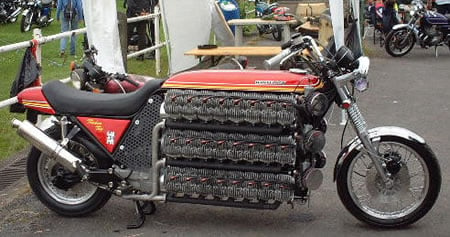 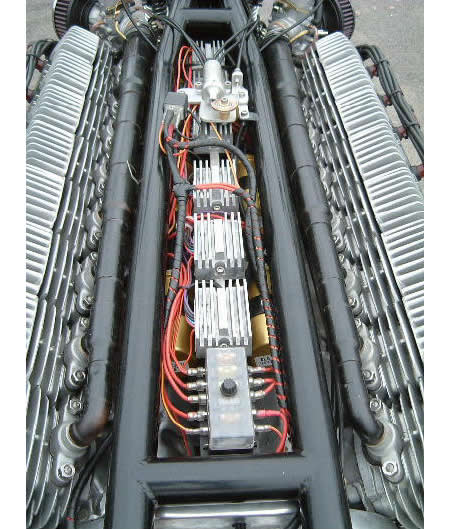